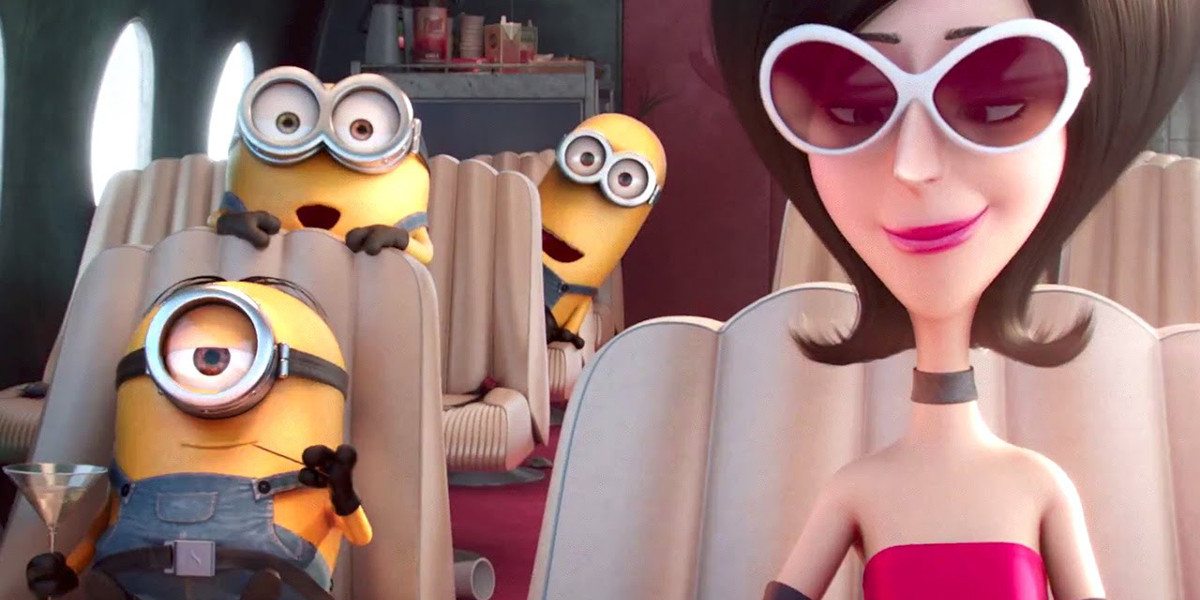 Our guest blogger: Heather Massey searches for sci-fi romance adventures and writes about them at Galaxy Express 2.0 and Sci-Fi Romance Quarterly. Her SFR musings have appeared at a variety of places including LoveLetter magazine, Coffee Time Romance, Tor.com, Heroes & Heartbreakers, SF Signal, and SFR Galaxy Awards.
She’s also an author in the genre. To learn more about her published work, visit heathermassey.com. When Heather’s not reading or writing, she’s watching cult films and enjoying the company of her husband and daughter.

Hey, moms, you know the drill: you’re the parent of a daughter(s) who goes wild over a female character, but when you try to find merchandise, action figures, additional content, or heck, just anything to feed her new passion, there’s nothing there. Zip. Nada. Zilch.

In 2015, this scenario happened to me. My daughter was finally old enough to watch the Despicable Me franchise, so we consumed the first two films in rapid succession. For the uninitiated, the least you need to know about the series is that it’s about Felonius Gru, a supervillain who finds redemption after adopting three orphan girls.

Shortly thereafter, the prequel in the series, Minions, was released. My daughter was developing a love for the little deviled eggs, so I took her to see the movie. I expected a mildly entertaining cash cow–I mean, pastime; what I did not expect was for her and I to develop a seriously hardcore bond over the film’s main female character, namely, supervillain Scarlet Overkill.

Scarlet is the supervillain boss-turned-antagonist for whom the three main Minion characters steal Queen Elizabeth’s crown. Putting aside her villainous nature for the moment, Scarlet’s resume is a collection of amazing abilities. She’s a master thief, an accomplished pilot, and an expert fighter. Her huge, fairy tale castle fortress towers over London and includes a treasure-filled loot room. An ambitious woman, she’s skilled at marketing her brand and building a criminal empire. In fact, compared to the franchise’s other villains, Scarlet’s skill set is by far the strongest.

Scarlet is married to Herb, a groovy inventor with a penchant for warm milk and cookies. Though Scarlet is strictly a plot device, the filmmakers gave her just enough backstory, sympathy, and edginess to become a cult-worthy character.

Much as my daughter and I adore Scarlet Overkill, she isn’t without her problematic elements. Among them are her hypersexualized nature, ableist portrayal (co-director Kyle Balda has, unfortunately, described her as “bi-polar”), and weak characterization (of the “mile wide, inch deep variety.”). Based on my extensive research, the only woman who seems to have had significant input into her character development was Sandra Bullock, the voice of Scarlet. And thank goodness for that.

If nothing else, the Minions experience has given me an opportunity to discuss some of the issues related to gender representation in animation with my daughter (at an age-appropriate level, of course). There’s vast room for improvement regarding female animated characters, the most important of which is making more of them the leads in animated films (so we don’t keep ending up with gender-lopsided lists like this one).

I don’t have the power to influence animation studios, but I can sure as heck influence at least one member of the next generation of animation fans. Our daughters deserve far better.

As many of you are probably aware, female action figures for various franchises are difficult to come by. Avengers‘ Black Widow and Star Wars‘ Rey are recent cases. This is merely one of many examples regarding the scarcity of merchandise for female characters, animated or otherwise. It’s a pretty rampant situation and if the article cited above is any indication, the scarcity seems to have been deliberately orchestrated on an epic level. The toxic message that girls aren’t worthy has to stop.

My daughter and I bumped up against this scarcity when it came to Scarlet Overkill. Except for an expensive t-shirt, there’s currently no merchandise for her. My daughter, whose Minion figures are collecting dust, keeps asking me things like, “Can we get a Scarlet Overkill action figure?” “What about a poster?” And with a heavy heart, I keep having to remind her that such merchandise doesn’t exist and likely never will.

So what’s a parent to do? I can’t draw fan art, sculpt action figures, or make animated music videos. Neither do I have the budget to extensively commission such things.

But I can write, so that’s what I did.

When it became apparent that neither merchandise nor future Scarlet Overkill film content would likely be forthcoming, I seized the reins and wrote a female-centric adventure I could enjoy with my daughter.

The result: Despicable Scarlet, a free, all-ages fan fiction redemption story about Scarlet Overkill. You’ll notice I wrote it as a screenplay. Why? Mainly to keep in line with the spirit of the story’s visual medium. Plus, I could include many elements that wouldn’t be possible in prose.

I also commissioned some beautiful art to help illustrate the story. Created by the talented Bananataffy, it includes a cover, a striking bonus illustration, and a collection of the early sketches.
Here’s the cover and story description:

DESPICABLE SCARLET picks up the adventures of supervillain Scarlet Overkill where MINIONS left off. Scarlet, along with her trusty inventor husband Herb, embarks on a revenge mission against Felonius Gru in order to reclaim “her” crown, with plans to take down the Anti-Villain League in the process. When an unexpected betrayal throws her plan into chaos, Scarlet suddenly faces the most difficult battle of her life.
***

I read the script to my daughter. She provided additional ideas and then surprised me with a drawing based on one of the scenes! I was so thrilled I included it as an illustration.

Despicable Scarlet is available as a free PDF download from my author site. It’s very readable, so don’t worry about encountering too much technical jargon.

Despicable Scarlet is especially geared for parents and guardians who crave more female protagonists for their daughters. Some will be old enough to read it themselves, and for others it’s best read to them. If your daughter was old enough to see Minions, she’s probably old enough for this story! Of course, feel free to vet it first.

My story includes progressive and subversive elements that not only entertain, but are also an attempt to counteract the sexism and problematic elements in Minions. In other words, Despicable Scarlet is what a Scarlet Overkill story would entail if a female creator had control over the project. It’s about reclaiming and re-imagining a faulty character and giving her not only agency, but new life altogether.

Download your copy here, and then share it with all your friends and family! And when you’re done, try creating your own stories with your favorite characters that might be ill-served by their corporate owners. 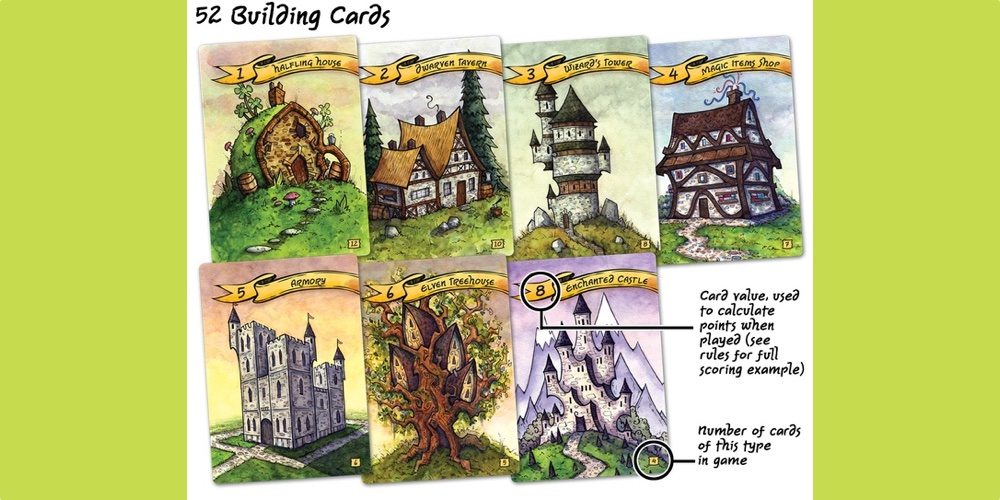 Shrek the Halls over to ICE! at Gaylord Palms 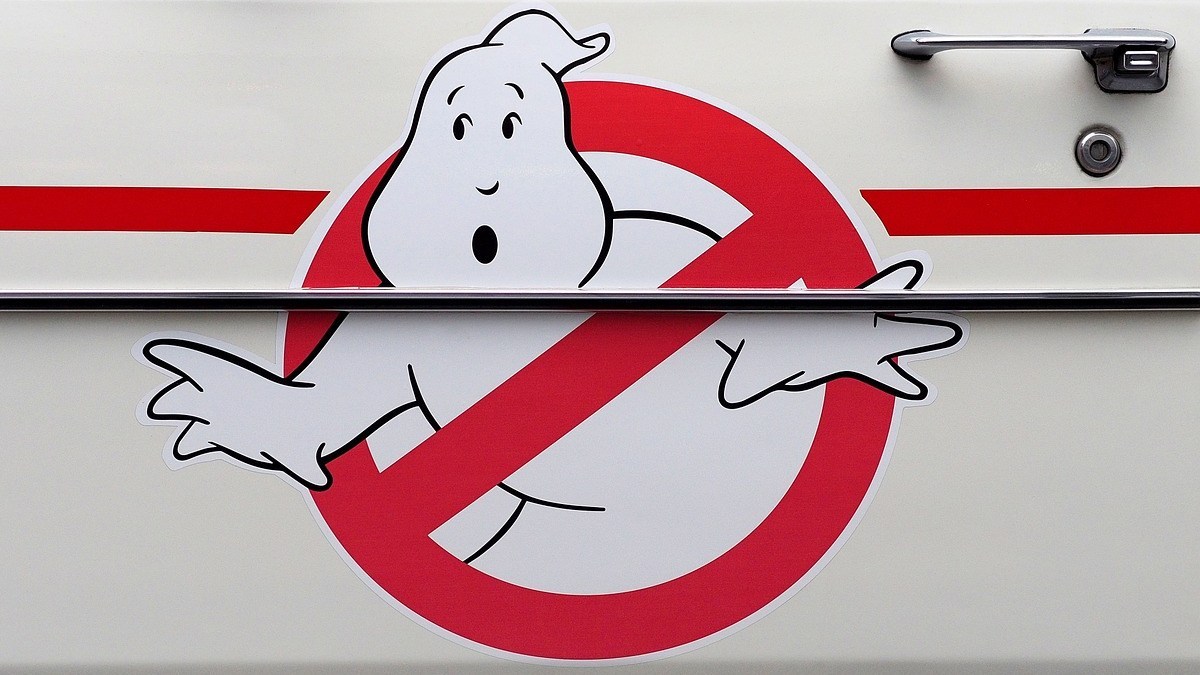 What Is A Reboot?