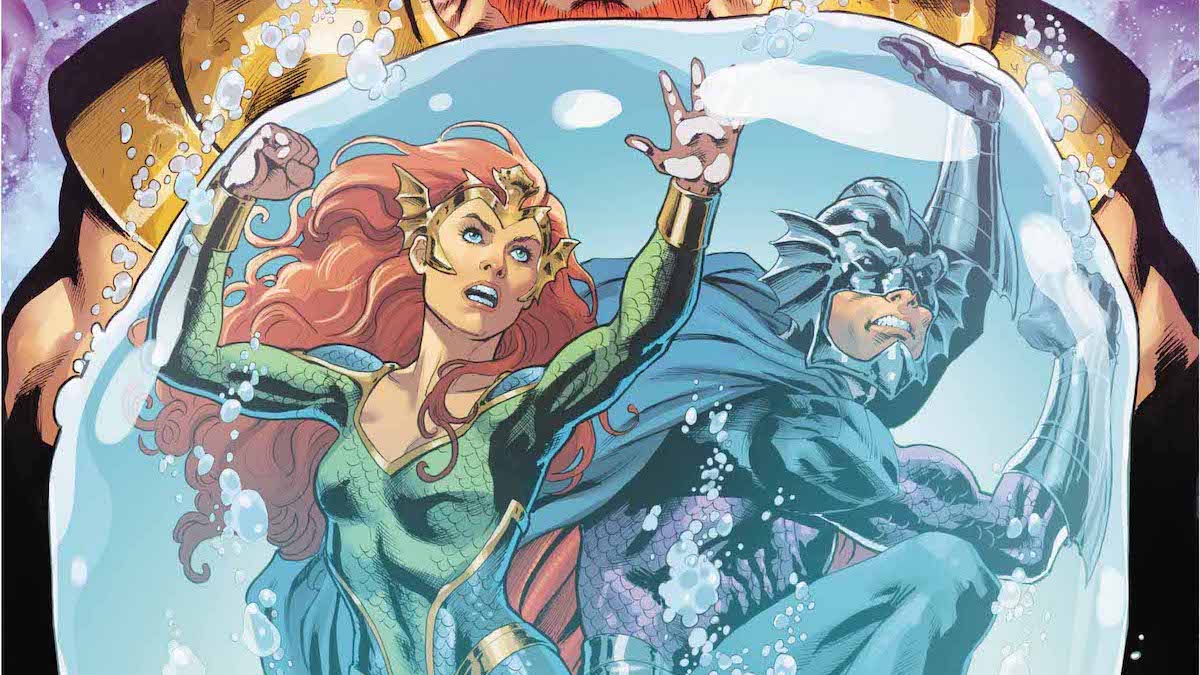 Ray: Definitely the more compelling of Abnett’s two Aquaman titles at the moment, Mera: Queen of Atlantis balances undersea action with surprisingly compelling subplots involving personal matters and geopolitics. The last issue saw Mera and Ocean Master return to Xebel, the home she fled from ages ago, to try to broker an alliance against the mad Corum Rath. However, the reception she received was far from welcoming, and the two intruders soon find themselves forced into a trial by combat against a massive Xebelian squid. The court of Xebel, led by Mera’s spurned fiance Nereus, watches as Mera and Ocean Master try to sync up their battle styles long enough to survive. Although we’ve seen scenes like this before, of course, Lan Medina creates an imposing monster and there’s enough twists and turns in the action sequence to grab my attention right from the opening pages.

I actually thought the issue was more competent when it wasn’t focused on action, personally. Once the monster is dispatched and they get the ear of the rulers of Xebel, the story takes a turn as it deals with the fallout of Mera’s escape from Xebel. Although she finds a sympathetic ear in her grandmother, Nereus’ feelings of betrayal are far from gone. Orm appeals to his more pragmatic nature, but the deal is far from done. On Earth, Tula has been spending time with Orm’s family, but has decided to return to the sea to keep her brother on the right path. This is a decision that backfires when she’s captured, leaving her new friends unprotected – and a shocking betrayal sets the entire mission up for failure. Abnett has a good handle on Atlantis and its surrounding elements overal, and while the Corum Rath story has gone on way too long for my tastes, this story does have enough good elements to impress me.

Corrina: This is definitely the best issue of the series, with the focus finally being on Mera’s past and her possible future. Toss in a little Game of Thrones-style deadly political machinations, and I could finally be interested in this book. The addition of Mera’s grandmother? (it’s hard to be certain of the exact relationship) adds some much needed intelligence to the opposition.

However, it still has some flaws. First, Tula and Orma’s wife (I need to remember her name but the fact I can’t is an indication that she’s just ‘the wife,) have a conversation about the person they care about, which is fine, but nowhere in that conversation is anything that would give me insight into either of them. Tula mentions creating a life on the surface but why does that draw her? I have no idea.

Similarly, what the heck kind of job/responsibilities/relatives does the wife have that allow her to follow Orm halfway across the United States? If her job is mother and wife, that’s great, but usually, that entails some responsibilities, like, oh, taking the kid to school or sports or some such or perhaps volunteer work. I know zero mothers who could simply drop everything and run off with their son for an extended period of time. We know nothing about this woman except she was lonely and loves Orm. That’s not enough to create any depth and it would help the story immensely if she had some because all she is now is a symbol of Orm’s other life–and it would be cool if we could find some manner in which Orm and this woman connected. 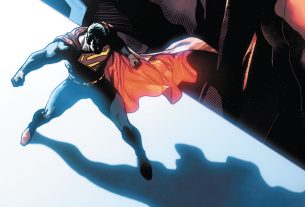