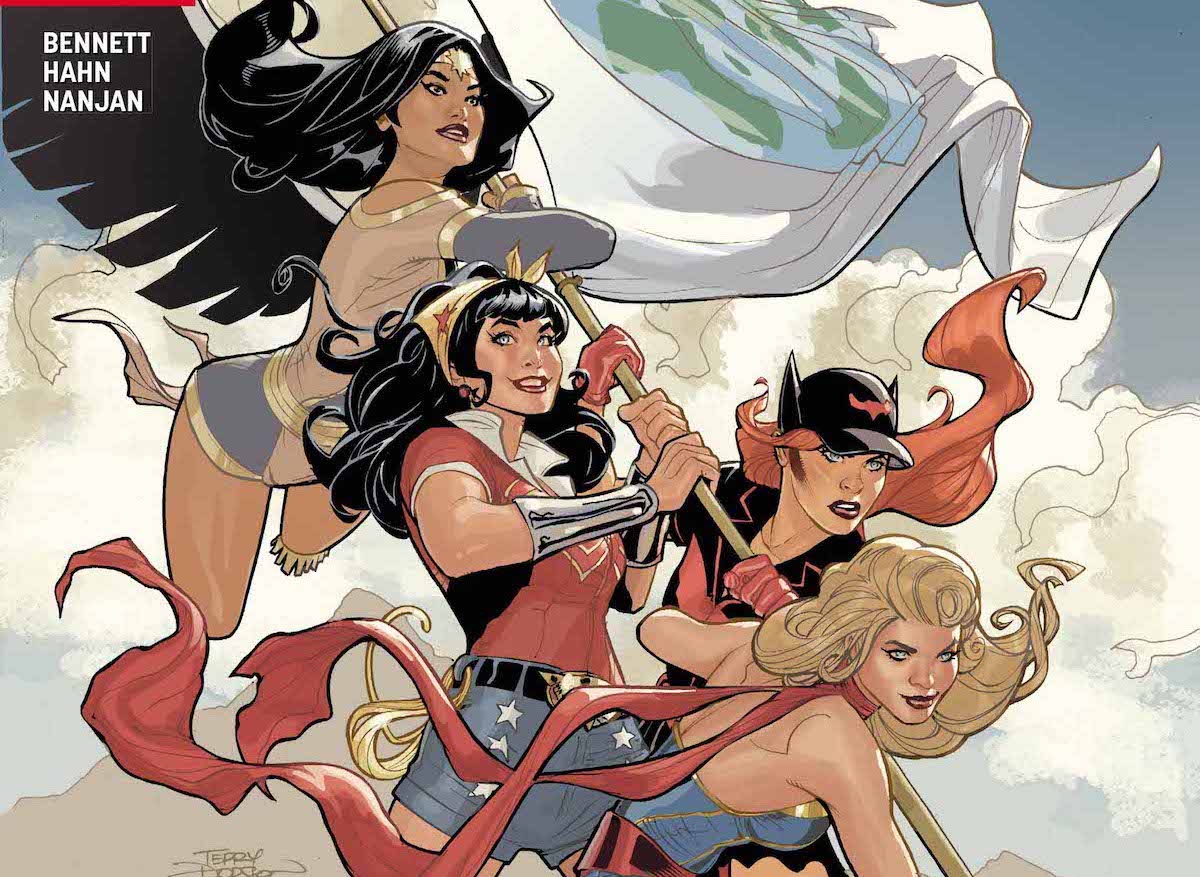 Corrina: Everywhere Is Under Siege

Ray: Bombshells United #18, the penultimate issue of Bombshells United (but you could read ahead in digital) brings in many new guest stars, as the war comes closer to its end and brings in some of the most famous moments from that dark era of history. The story is still told partially in the form of a newsreel, catching us up on big moments around the world, but there’s a bit of whiplash as it doesn’t pick up immediately from the cliffhanger. We don’t know exactly what’s happened to Steve Trevor, but the newsreel makes him sound like a goner. Meanwhile, an army of Black Lanterns is attacking Japan, and Amanda Waller is prepared to unleash an unfathomable weapon in order to cleanse the threat and keep it from escaping. However, in this timeline, the atomic bomb is never unleashed, and Katana gets to pull off one of the most dramatic moments of the series – stopping Waller’s plane and the Black Lanterns in one play.

Meanwhile, the demonic Joker has returned, determined to pull Harley Quinn back into his web. Compared to Harley’s other appearance this week, I think this will make fans happier – with Poison Ivy and Batgirl by her side, she’s able to fight off the Joker’s sadistic influence and banish him, no matter what horrible illusions he conjures up. Ironically, it’s Joker’s Daughter who poses a bigger threat than Joker, as her pact with dark forces from the deep comes to fruition. By the end of the issue, she’s fallen prey to the own forces she sought to tame, as they find a new host in one of the most powerful Bombshells. I thought the best part of this issue, though, was in the cameos and smaller moments. Seeing Alysia and Nell back in action was great, and we got some hints of Cassandra Cain. The final showdown between the Luthors was also strong, and as we head into the final issue, there’s still a lot to resolve. This final act may feel a bit overstuffed, but this is such an exciting and engaging world that I’m more than willing to take the ride.

Corrina: Bennett is determined to go out with as many big moments and as many characters as possible. That ambition is a good thing, though it can make reading some of this issue a bit confusing. As Ray said, this doesn’t immediately pick up on the cliffhanger last issue, so it took time for me to get situated in the story.

Did I mention ambition?

Rewriting the dropping of the atomic bomb on Japan is nothing if not wildly ambitious and it’s my favorite segment in this issue. It’s easy to see why Waller wants to drop the bomb and it’s also easy to see why Katana would oppose it. Neither side is right or wrong though Waller is certainly right that they need to end this war. But not with this original sin. (Is Waller dead for wanting to drop the bomb? That seems to be the implication.)

Harley being written well in the series is no surprise but it’s always great to see her getting the better of the Joker. Joker’s Daughter, however, promises to be a different type of opponent.

Meanwhile, Lex gonna be Lex, in any universe. 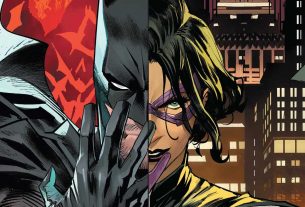