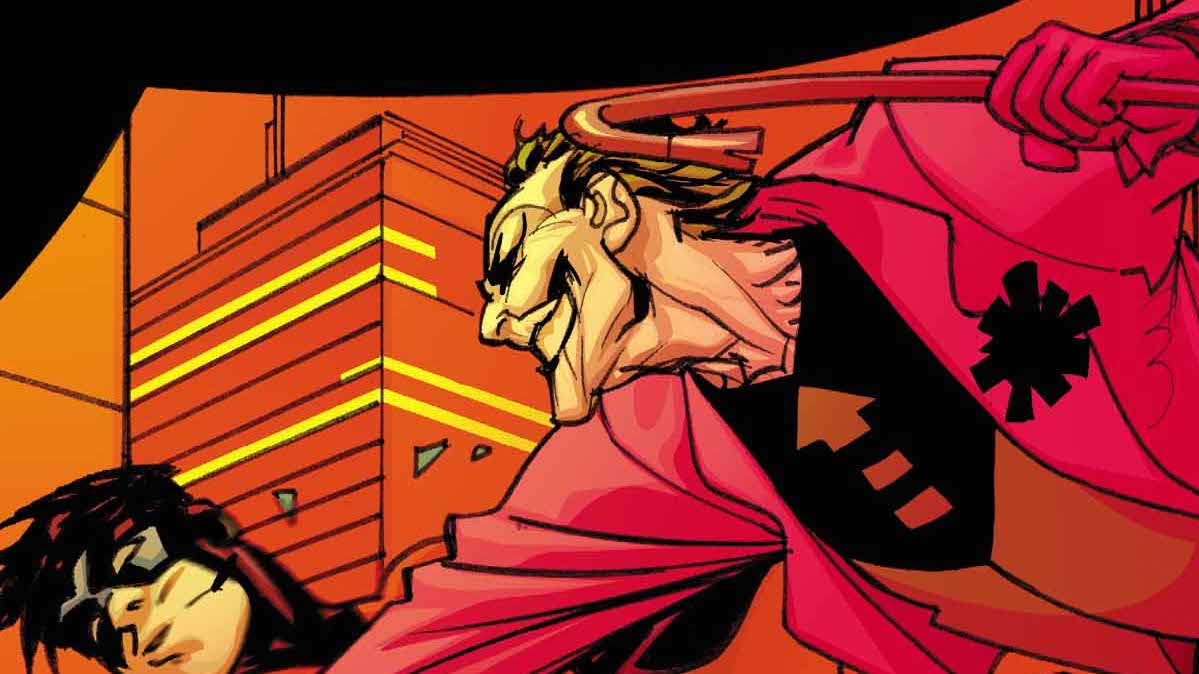 Corrina: Taking a while

Ray: Batman Beyond rebounded from its rough early arcs that were too tied into the Futures End continuity with the new status quo, but unfortunately the return of the Joker seems to have taken it too far round the bend into the old status quo. Dick Grayson is back in town along with his daughter (who narrates the issue despite having relatively little role in it), Batman has a Robin again, and the Joker is terrorizing Gotham. Swap out a few characters and eliminate some of the technology, and you’d have a random Batman issue. When we pick up, Joker has hijacked the body of one of his former minions, turned him into a cyborg, and is piloting him remotely. Batman and Robin are doing their best to fight him off while Bruce and Dick watch from the Batcave. Brett Booth’s art is still an odd fit for the series, giving it a glossy sheen that doesn’t really work, but he does a good job visualizing this crazed Joker-cyborg pastiche.

The bigger problem with this issue is that it leans far too much into nostalgia. As soon as Robin enters the fray, you know where this is going. When Joker and Robin are sharing an issue, you know a crowbar is going to follow. I seriously doubt Joker is going to kill Matt or even seriously hurt him – that would be a plot far too dark for Jurgens (although he did kill Cat Grant’s son in a Superman issue in the 90s…). But even raising that specter ups the tension of the issue significantly. The problem is, too much of the issue is driven by bad decisions. Matt charges into battle recklessly. Terry accidentally gives away Bruce’s secret ID to Joker by yelling it over the communicator. These are rookie mistakes and it’s a little jarring. The conflict between Bruce and Dick over Bruce letting kids enter the fray again is good, but the main plot just isn’t very compelling. Despite the future setting, this feels like a story we’ve seen before.

Corrina: I wish this series would decide whether it’s forgetting the awful Futures End continuity or not. If not, then sending Matt into battle as Robin should not be a big issue, considering he was already a young soldier in the war against Brother Eye. There’s no argument to be had for ruining his childhood–his childhood is gone, that has escaped the barn. Preventing him from being pro-active by assuming the Robin mantle is simply refusing to see this point.

But nobody makes this point in the series, instead, Bruce is yelled at for drafting kids again. Which is not what happened in Matt’s case.

And, as Ray noted, the most predictable thing to do once you have a Robin is to make him a captive of the Joker. Add to that, the Joker story has been playing out for three issues now, with little forward momentum save Dick Grayson joining the fight. (What took him so long??)

It’s disappointing given the series had gained some momentum, though intermittently.

Aside: that issue of Superman with Adam Grant’s death is on my top ten “Worst Superman Moments Ever” list. 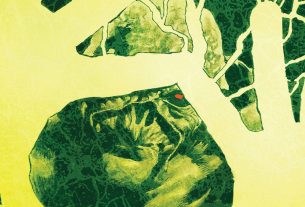