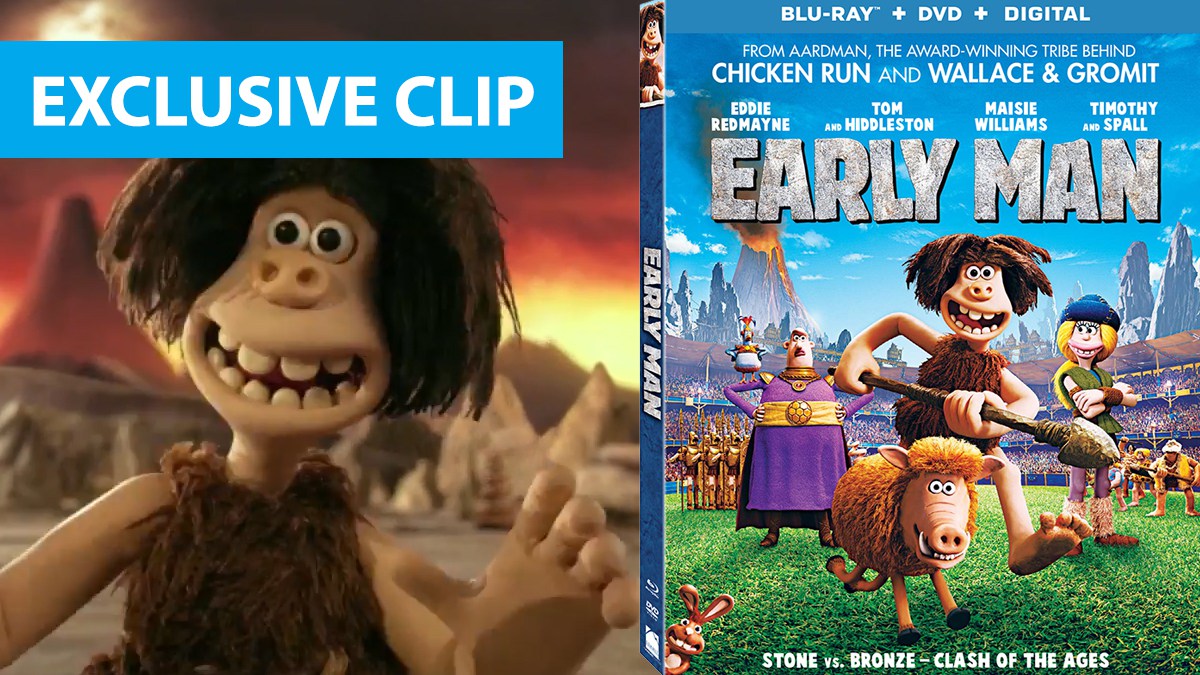 The folks behind Wallace & Gromit, Chicken Run, and Shaun the Sheep Movie are back at it with Early Man, which arrives on digital May 15 and Blu-ray, DVD, and On Demand May 22. If you’re a fan of Aardman Studios, then you’ll love the new Early Man home release, which includes several special features that peel back the curtain on making animated movie magic. GeekDad is thrilled to partner with Lionsgate to share an exclusive clip featuring actress Maisie Williams and the film’s animation directors describe how they bring realism to the production (bonus shots of star Eddie Redmayne in a gloriously bad wig!). Check it out below.

If you haven’t seen the “Certified Fresh™” family film, Early Man follows a courageous caveman named Dug as he and his friends challenge an invading tribe to a game of soccer to save their home. The Blu-ray/DVD special features include: