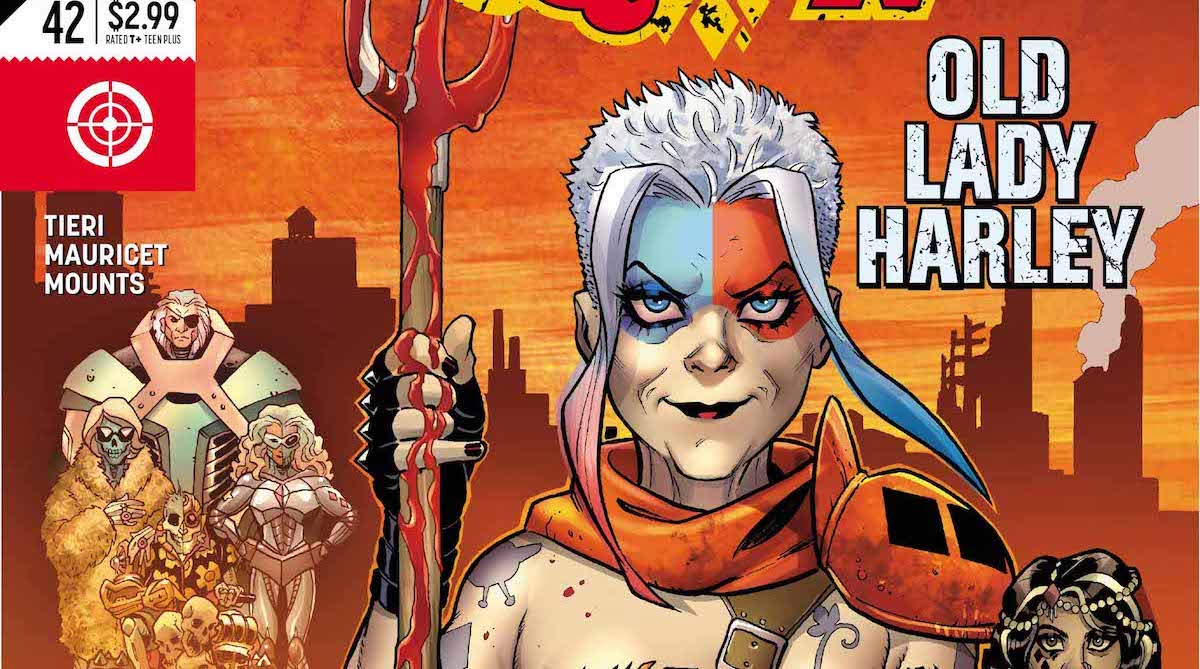 Corrina: Homage Is Too Obvious

Ray: Frank Tieri’s relatively short run wraps up in Harley Quinn #42 after two arcs with this done-in-one issue, titled “Old Lady Harley” and set in a brutal post-apocalyptic future. It’s clearly a take-off on the hit Marvel property Old Man Logan (which, ironically, had its own spinoff in the exceptional Old Woman Laura two weeks ago). So what does Harley’s off-kilter take on the concept look like? Well, basically like Old Man Logan, Mad Max, and Walking Dead thrown into a blender, with a healthy dose of absurdist humor. The problem is…it’s just not very funny. A lot of this issue is just random visuals with no real explanation. Why is Harley strapped to the front of Red Tool’s truck in a Lecter mask? Who knows. Why have Goat-Boy’s descendants become perverted road warriors that want to eat Harley? Who knows. Why does Red Tool have a button in his car that is labeled “Ooooooooops I pooped my pants”? Because…well, you know.

There’s an overabundance of toilet and gross-out humor in this issue, and it doesn’t stop when Harley arrives in Coney Island. The city is now a wasteland that is watched over by armies of robot sentries that look like Sy Borgman, and it’s been divided between the Gang of Harleys, who are at war and plan to settle their beef with a deathmatch to determine control of Coney. There’s a good amount of exposition to explain how the city fell apart after Harley left (again) but the story just doesn’t really give us any reason to care about these post-apocalyptic versions of the characters. They’re just cartoons, complete with some weird touches like one of the characters having the head of another growing out of their stomach. Too much Red Tool and a rushed conclusion make this finale one to forget. Next up is Paul Dini’s “Harley Loves Joker,” followed by a quick Sebela fill-in before Sam Humphries takes over.

Corrina: If you’re going to use pop culture touchstones for a plot, and three of them are used in this issue, then it either should be a fun spin on those by using a unique character like Harley, or there is something new you want t say about the original concepts.

Unfortunately, this issue commits the sin of making Harley Quinn an imitation of something else. Harley’s so much an original that shoving her into another role doesn’t work and it damps down her personality this issue.

In other words, the homages don’t work, and it’s a dull issue because of that. 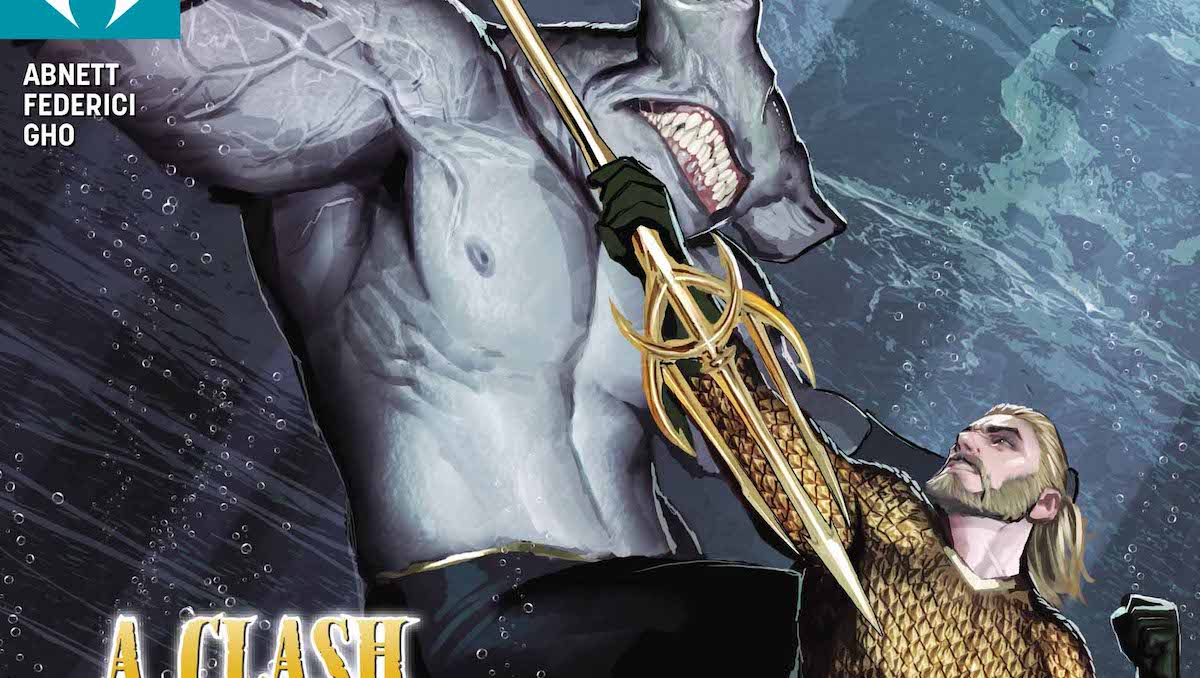