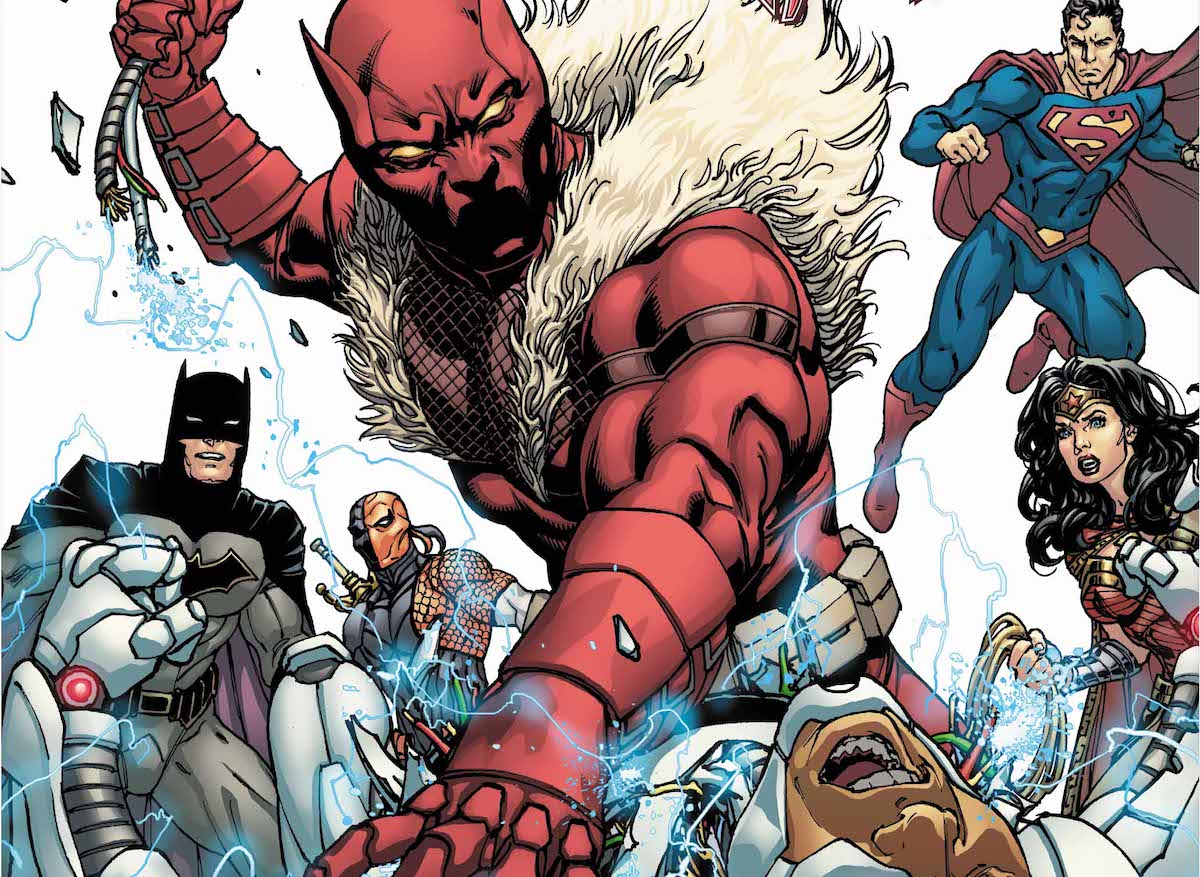 Ray – The worlds of Justice League and Deathstroke collide in dramatic fashion this issue, as Priest brings in multiple plots from both books and sets the Justice League on a collision course with one of his deadliest villains – Black Panther’s dark mirror, the Red Lion. As the issue opens (after brief interludes with the Green Lanterns and Deathstroke) the League is in a standoff in East Africa with multiple tribes (including one led by an intriguing cybernetic woman warrior named Kamala) over salvage rights to a rather valuable lode that just crashed in the country – the downed JL satellite. This is a good example of why I like Priest’s writing so much – how many times has the JL satellite crashed out of the sky? And how many times have we seen what happens to the debris? Almost never.

The scenes in the initial faceoff are strong, but the issue takes a level up when a massive Lexcorp battleship shows up to take control of salvage and seize the technology – on behalf of the Red Lion, the genius dictator of Buredunia. The character, essentially a pastiche of an evil T’Challa with shades of Killmonger (a character Priest wrote extensively), is one of his most fascinating villains, and he’s at his best here in the way he manipulates the League. I’m not sure about Wonder Woman being caught in the ricochet of bullets – isn’t she mostly invincible, even without her bracelets being actively used? That was a weird scene. But even the b-plot, dealing with the Fan, is excellent as Batman tracks down one of his few human connections (a character briefly name-dropped two months ago) and escalates the villain’s threat.

I’m excited for Snyder’s run, but damn, will he have to work hard to top this one.

Corrina: Priest’s writing is dense and complex, more so than any other writer working for DC today. It’s not simply that he’s juggling multiple subplots, it’s that he also investigates the most interesting aftermath of events in those plots.

Take the JLA satellite. As Ray said, every time the JLA satellite has crashed, that’s been it, with a hand-wave about clean-up. This time, however, it’s used to create yet another incident in a long line of problems for the JL.

The satellite crashes in the middle of disputed lands, the JLA naturally offers sanctuary to those who need it for a little while, a local authority objects, the fascinating Red Lion, sees an opportunity, and now the Justice League is in a mess that’s even bigger than someone sabotaging their headquarters. I’ve no idea how they’re going to solve this problem (I had no idea this might even be a problem) and this unpredictability is part of the joy of reading Priest’s work. Aside: I also thought WW being hurt was odd but we’ll see how that works out.

However, I should note that if you’ve not been familiar with Deathstroke, a reader could be confused about Slade and Red Lion’s appearances this issue. The solution to that is to read Deathstroke, which I’d recommend in any case. 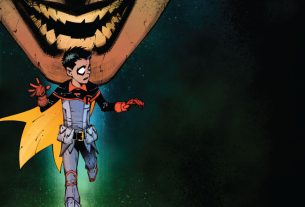