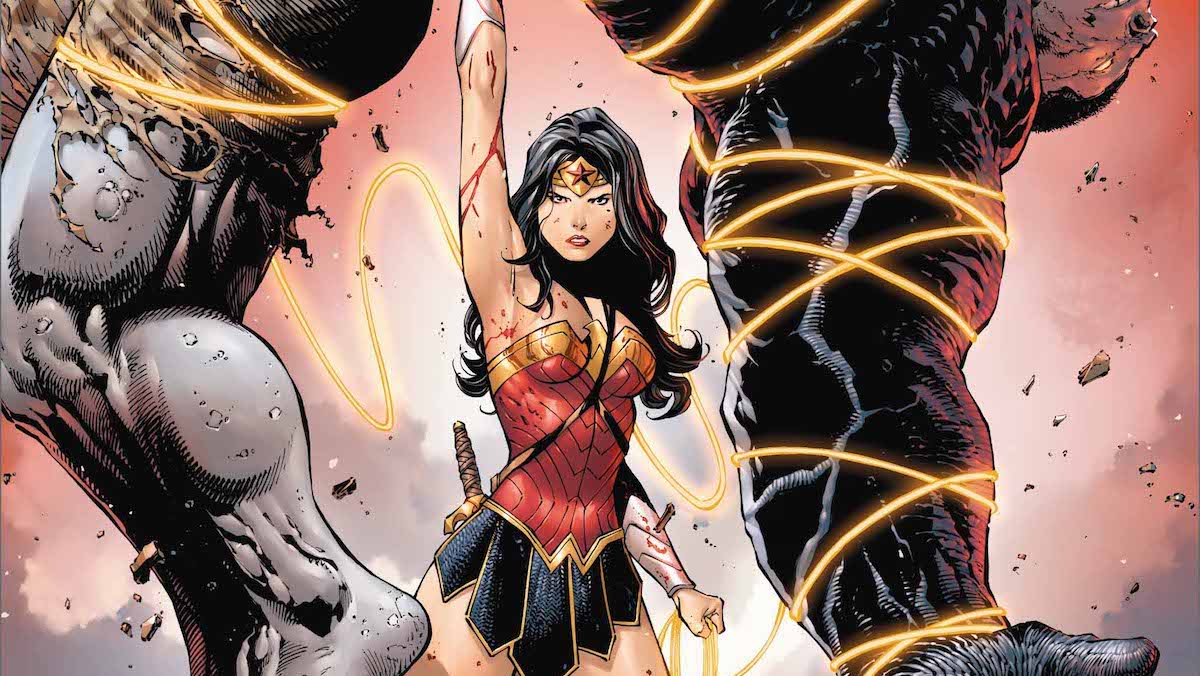 Ray: Damage #3, the third of this new hero’s title – if he can be called a new hero, given the massive, overwhelming comparisons to Hulk – has a few interesting twists, as Damage is finally given an opponent who can stand up to him and give him a few reveals about himself in the process. As the issue starts, Ethan Avery still has no memory of what he does as Damage – something Colonel Jonas has made very sure of since she programmed him. And now Damage’s rampage has taken him into battle with Wonder Woman, who – unlike the Suicide Squad, who he beat like a drum – can actually stand up to him. This fight isn’t very complex – it’s about ten pages, mostly spreads bordering on splash pages, and the two are just whaling away at each other until she manages to slip the lasso onto him – and that’s when the series gets a bit more interesting.

See, once Damage is under the control of the lasso, it reveals the truth – to him as well. So Damage sees for the first time who he was before he transformed, and Ethan realizes what he’s been forced to do when transformed. Unlike Hulk, this series doesn’t shy away from the consequences of Damage’s actions. He’s dropped into combat zones like a living bomb, and the results are massive casualties – likely of both combatants and civilians. Ethan is horrified and is able to escape Diana’s lasso and disappear before his hour as Damage runs out. With Damage in the wind, Colonel Jonas calls on Amanda Waller for backup in bringing him in, and recruits a team of elite hunters with cyber-enhancements. It’s readable, but not really much else right now – there are shades of an interesting character in Ethan, but it’s hard to find amid a sea of battle segments.

Corrina: The problem with this being the third issues is that we still know nothing about what Ethan wants except to run away. When David Banner ran off The Hulk television show, he was trying to find a cure for what he was. When the Runaways ran away from their evil, alien parents, at first they just wanted to be safe from them but, eventually, they wanted to be heroes. Even the original runaway hero, The Fugitive, ran away so he could find who really killed his wife.

Ethan is simply running, making the first three issues a string of pearls plot that has gone nowhere. The one interesting development in this issue was getting Wonder Woman to use her lasso to show Ethan the truth of what he was. But in order to get there, there was a long fight scene with Wonder Woman surprised that there could be a caring human underneath the monster. Wonder Woman, of all people, should know better than to pre-judge a monster. She’s wildly out of character in spots here. The lasso should have been her first choice in this combat, not her sword.

Meanwhile, we know so little about Ethan that he’s barely in his own book. Without the series featuring an interesting main character, I can’t see how it will create any buzz among potential readers. 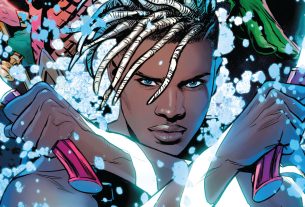