Ever since the Sandy Hook school shooting, we’ve been hearing a lot of talk about so-called “crisis actors” supposedly staging fake shootings, pretending to be grieving friends and family, in order to motivate public opinion to embrace gun control.

In the five years since Sandy Hook, this conspiracy theory shows up every time, and it gains a little more traction each time; after the shooting in Parkland, Florida, recently, some of the children who survived the ordeal found themselves accused of being frauds.

As it happens, I have a little experience in the area of “crisis acting” myself, and I think it might prove illuminating.

In 1974, I was a sophomore and a member of the Torrance High School drama department. (Fun fact: THS is the school used as Sunnyvale High on Buffy the Vampire Slayer, and Beverly Hills High in Beverly Hills 90210.) About once a year, the city would stage an emergency-preparedness drill for the local fire and police departments, hospitals, and other first responders. They would hold them at different locations and draw volunteers from one of the city’s four high schools to play the victims. That year, it happened that Torrance High was selected as the location, and the emergency would be a major earthquake.

Sometime before the drill, permission slips were sent home for parents to sign, and the entire school was notified as to what was going to happen. On the morning in question, volunteer makeup artists from one of the local film schools arrived on campus and set to work creating injuries for about fifty student actors. Some of us got fake blood applied, others had more extensive injuries involving cast latex rubber appliances, which the disaster drill people refer to as “moulage.”

I was assigned “sucking chest wound.” A molded rubber wound about 3 inches in diameter was glued to my chest, and I got a shirt with a corresponding hole ripped in it. It was a nicely gruesome effect, but it kind of paled next to my friend Jose’s fractured arm with the bone sticking out. We were each given an index card with notes about the nature of our injury, symptoms, etc., so that we could describe our condition accurately for the EMTs when they arrived. Once we were all properly outfitted and had done some practice, we were sent to scatter ourselves all over the campus. I found a nice comfortable spot on the grass on which to lie and make gasping noises.

At about 10:00 AM, the school’s alarm sounded, and a few minutes later, a large number of fire trucks, ambulances, police cruisers and other rescue vehicles roared into the scene. Two paramedics ran to me, and I gave an Oscar-worthy performance, making horrible noises and gesturing to the wound, until they tossed me onto a stretcher and rushed me to an ambulance, and then off to the hospital. Along the way, they explained in detail what treatment I would have received if I had actually had a real injury.

At the hospital, the staff at the emergency room went through their paces, describing to each other what my condition was, what procedures they would go through, and what my prognosis would have been. Then they parked me in a room for a while. Eventually, somebody brought me lunch, and then I and a dozen or so other “victims” were taken to a bus and returned to campus.

The media was there throughout the process, but I didn’t get interviewed, despite my stellar Method-acting portrayal of “Kid with Sucking Chest Wound.” They were there because they had been notified that the drill was taking place, and it made for a good human interest story, showing how our emergency services personnel prepare for dire situations. Everyone involved, from parents to the news media, police, hospital and school personnel, and even the nearby residents, knew exactly what was going on, because they had all been notified, and because it was patently obvious that none of the events were real.

Twenty-five years later, when my then-teenage daughter was part of a Venture Crew (a co-ed program run by the Boy Scouts), she was recruited to be part of a similar exercise at a park in Pasadena. She was assigned “something lame like a sprained ankle,” and was disappointed to not get made up in horror gore for the day. The Scouts went through the same sequence of events that my drama class had; the only difference was that their exercise counted toward earning the Emergency Preparedness merit badge. She says that getting “lost” in Eaton Canyon to train search dogs was a lot more fun.

Absolutely nobody seeing the events play out at either of these exercises would have been fooled by what they saw.

Neither of them looked like an actual disaster; they looked like a bunch of melodramatic teenagers pretending to be injured and having fun doing it. This is a thing that happens in locations across the country every year and has for over 40 years that I personally know of.

So now you know what “crisis actors” do.

They serve as practice patients for emergency personnel to make sure those people know how to do their jobs. There’s nothing suspicious or sinister about it. They don’t go on camera pretending to be grieving family members. They don’t try to fool the public into thinking that terrible events have occurred when they really didn’t.

In fact, they weren’t even called “crisis actors” until a theater company in the Midwest decided to try to market themselves as a resource for this sort of preparedness training. They put up a website to peddle their services, but unfortunately, a conspiracy theorist discovered the site and pointed to it as evidence to support their absurd claim that Sandy Hook was faked; the same writer had previously asserted that Sandy Hook also had something to do with time travel, mind control, the winter solstice, and Hurricane Sandy, claims that were quickly dropped once the “crisis actor” angle caught on with predatory flim-flam man Alex Jones and his reality-resistant audience.

Vice has an excellent article documenting the genesis and evolution of this crackpot theory.

But just in case you still harbor some question that this absurd fantasy might be true, I’ll ask a simple question.

Let’s assume for a moment that all the background conspiracy theories are true; let’s posit that the world is secretly run by a malevolent cabal of elites — the Illuminati or the Freemasons, the Rothschilds or Bilderbergs or the Tri-Lateral Commission, or the lizard aliens or maybe even just Obama and Hillary — and they manipulate world events to their advantage; why would these brutally ruthless people be squeamish about killing a bunch of kids?

Why go to the enormous expense and effort of secretly finding, recruiting, and training a team of “crisis actors” to stage these fake events, allowing them to be photographed at multiple such events and thereby discovered, risking that at any moment one of them might be overcome by conscience, greed, fear, religion, or political zeal, and blow the whistle on the whole operation?

Wouldn’t it be so much easier to just find a troubled kid, radicalize him, arm him, and then set him loose? With a real shooting and real victims, you don’t need actors to come in and pretend to be traumatized victims; the real shooter has provided plenty of them. Not one thing about the “crisis actor” conspiracy theory makes a bit of sense, and yet here we are.

There are countless memes circling out there, showing photos from the scenes of various shootings, arguing that the same people are seen in these photos because apparently thin teenage girls with straight brown hair are as rare as unicorns.

These people seem to believe that it’s impossible for people to look similar, overlooking the fact that when people are crying, they often look unrecognizable and usually look pretty much the same as other crying people.

The end-point of all this “crisis actor” nonsense is the WellAware1 website (which appears to be offline at the moment, but you can see it at the Wayback Machine), which “proves” that not only was Walt Disney actually Adolf Hitler, he was also Theodore Roosevelt’s son Kermit, and Hillary Rodham Clinton is actually George H. W. Bush’s daughter Pauline (who reportedly died of leukemia as a child), and one of the dads from Sandy Hook is actually skateboarder Tony Hawk, because every celebrity you’ve ever heard of is a crisis actor and every news event was actually staged.

But sure, go ahead and swallow it. Once that Nigerian prince sends your millions, none of it will matter anyway.

It is absolutely amazing to me that grown adults could be so ill-informed and gullible as to buy into the crisis actor “theory,” and unconscionable that they would choose to act on it by sending abuse and death threats to grieving families and accusing them of perpetuating a hoax.

Several creeps have been constantly harassing Sandy Hook families for years, and one finally went to jail for her death threats. And then there’s the guy who shot up a pizza restaurant because of another insane conspiracy, a widely-promoted story claiming that top Democratic operatives were running a child sex slavery ring out of the basement of said pizzeria, which doesn’t even have a basement.

I feel at this point I should circle back to a book review from a couple of years ago, and once again urge you to pick up a copy of Bullspotting: Finding Facts in the Age of Misinformation by Loren Collins (Full disclosure: Loren is a friend of mine, but I’d be pushing his book even if I’d never met him.), and give it to anyone you know who is prone to believing paranoid conspiracy bull-twaddle peddled by people like Alex Jones.

2. You don’t send death threats to the grieving families of dead children.

3. You don’t send death threats to anyone. Seriously. Don’t.

4. You don’t charge into restaurants as a one-man SWAT team.

5. And now that you know about the Martian slave children, you don’t get to go shoot up NASA either. 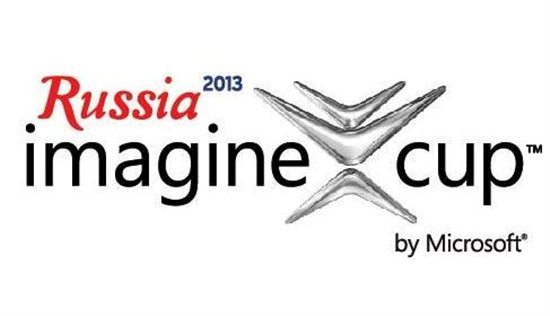 Students Shouldn’t Have to Speak in Front of the Class