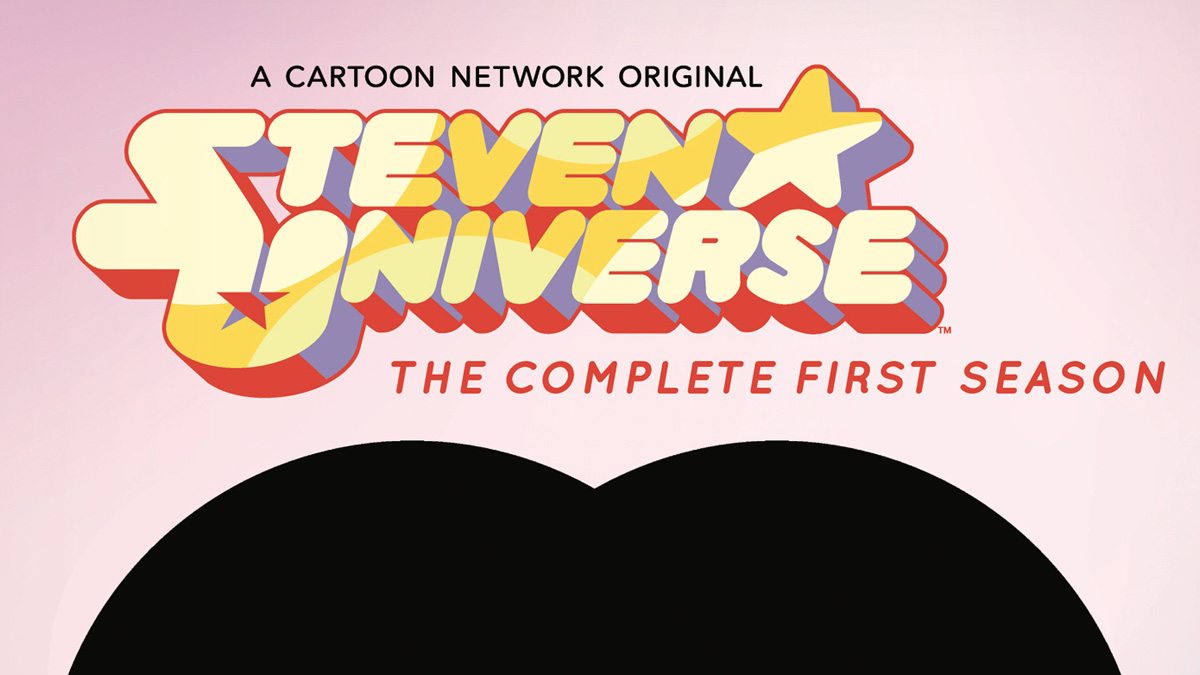 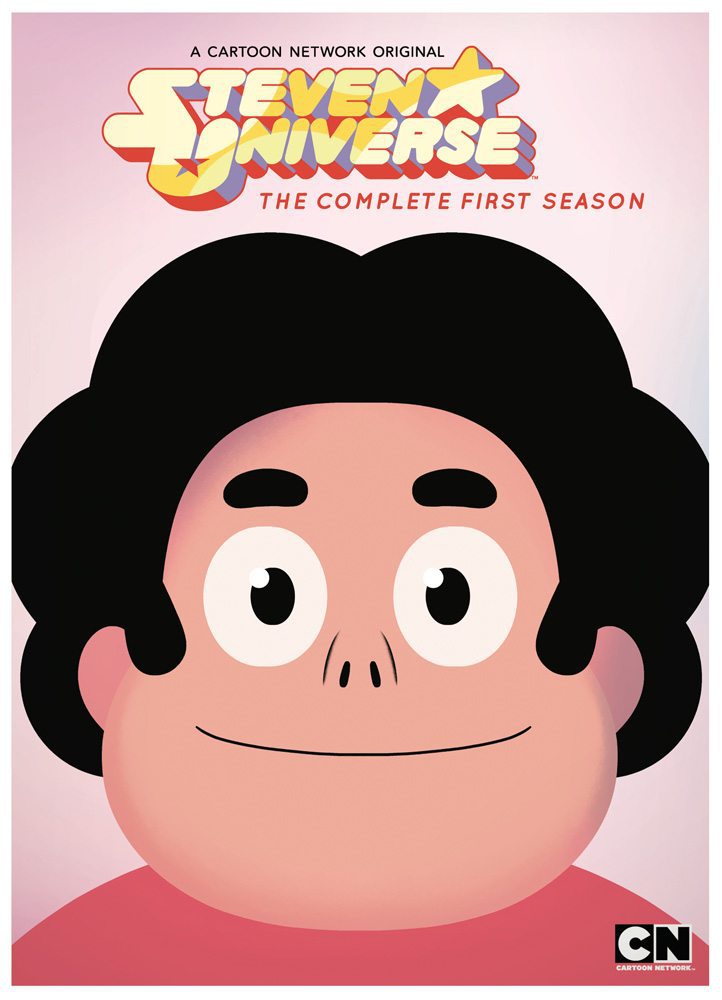 I’m admittedly very late to the party when it comes to Steven Universe. My teenage daughter had already watched quite a bit of the Cartoon Network show with her friends, but since we don’t have cable and Steven Universe hadn’t appeared on the streaming services we have, it’s just one of those shows that I had marked down to watch later, when it became available. (Hey, that’s why I’m finally watching Phineas & Ferb now. At least this time I’m not a whole decade late.)

Well, now it’s become available, in the form of the complete first season on DVD. Previous DVD compilations such as Gem Glow and The Return include a dozen episodes each; this 3-disc set includes all 52 eleven-minute episodes, along with some extra features. That’s a whole lot of Steven Universe, and a great way to dive into the show for a completionist like me, who prefers to watch shows chronologically, from the beginning. It retails for $24.98, and was released at the end of January.

I was sent a set of the DVDs, and we started watching it together as a family (while requesting that our teen keep quiet about spoilers), and I’ve just fallen in love with the whole Steven Universe crew. My 11-year-old daughter and my wife have both gotten into it as well, but our 4-year-old is a little skeptical still, and prefers My Little Pony and Voltron. I skipped ahead to check out the special features for this review, but we’re planning to go back and catch up together when the 4-year-old’s not watching.

So what IS Steven Universe, anyway?

Okay, most of you probably know this already, in which case you can just jump ahead to the next question instead. But just in case you’re like me and you want a quick summary, here goes: The Gems are extraterrestrial beings who have been on earth for thousands of years, though all of them have left except for Garnet, Amethyst, and Pearl. Steven Universe is a boy who is also half Gem. His father (Greg Universe) fell in love with a Gem named Rose Quartz, who gave up her physical form to create Steven—which explains why he now has the rose quartz gem in his belly button. The Gems are like superheroes, battling crazy gem-powered creatures, and they also serve as Steven’s guardians and parental figures, even though they have some difficulty sometimes with his human aspects. (One punishment: “No dinner … for one thousand years.”) The show has action and adventure, but it also has the more mundane (though never boring) aspects of Steven’s life in Beach City, which is filled with a diverse group of residents with their own quirks.

It was surprising to me how much the show develops the characters and puts together an overarching storyline even though the individual episodes are only 11 minutes long. I love the various characters in the show: stoic Garnet, who has an effortless cool but also has a special tenderness for Steven; fastidious Pearl, who is a little uptight and domineering, but (I have to admit) is probably closest to my own parenting style; uninhibited Amethyst, who is kind of like a big kid at times. Steven’s dad Greg seems like he’s going to be the hapless dad stereotype at first, living in his van, but then you can see that he loves Steven deeply and is still very involved in his life.

And Steven himself—he’s just a kid, and he gets extremely enthusiastic about silly things, but one of the fantastic things about the show is that he’s courageous and caring. He’s a boy who is sensitive AND strong, who learns to talk about his feelings AND isn’t afraid to stick up for those he loves. He’s often the one who steps in to ask people to stop fighting, and he is constantly looking for the good in people, even those who come off as jerks. Steven is a great counter to the ubiquitous examples of toxic masculinity, AND he’s fun.

As mentioned before, there are all 52 episodes from the first season: 20 each on the first two discs, and 12 on the last disc. You can pick individual episodes to play, or hit the “Play All” if you feel like binging.

The third disc also includes several extras that are mostly focused on the fantastic music from the show. Many of the episodes have songs in them, sung by one character or another. The 10-minute featurette “Behind the Music” is an interview with creator Rebecca Sugar talking about the importance of the music in the show and a little of her process. She explains how she wants every song to move the story forward and to be integral to the plot. It’s fun to hear from her directly, though the interview uses some weird panning and camera angles throughout the interview that can be a little distracting.

Next up is a “Steven Universe Listening Party,” recorded in 2017 in Los Angeles for the release of the soundtrack album. The event included a Q&A with Rebecca Sugar, giving a little background on a few of the songs from the show, and even playing demos of a few new songs that would appear in the current season. The footage of the event is intercut with a few clips of the songs, including the extended theme song and Pearl’s “It’s Over, Isn’t It?” The thing I found a little odd was that, since the show was going into its fifth season by the time this event was recorded, it includes songs that are from later seasons.

There are five music video clips: these show Rebecca Sugar (sometimes alone and sometimes accompanied by Aivi and Surasshu, also composers for the show) performing these songs:

There are also five animatic clips: these are entire episodes with the finished audio, but instead of the finished animation, you see the animatics—storyboard drawings with various notes on them matched to the audio. It’s fun to see if you want to get an idea of what goes on behind the scenes in creating an episode, but of course isn’t quite as fun as watching the finished product.

Finally, there are two song demos, which are recordings that Rebecca Sugar made when first writing the songs. The recordings are rough, and there is no accompanying video—just a video still. The two songs are “Be Wherever You Are” and “Full Disclosure.”

The DVDs have been a hit at my house (except, as mentioned above, with the 4-year-old, who claims she doesn’t want to watch it but then sometimes stands in the doorway to peek), and I’m really glad I’ve finally gotten a taste of it. Steven Universe is already into its fifth season now, though, so I’ve got a lot of catching up to do still!

Disclosure: I received a review copy of this DVD set. 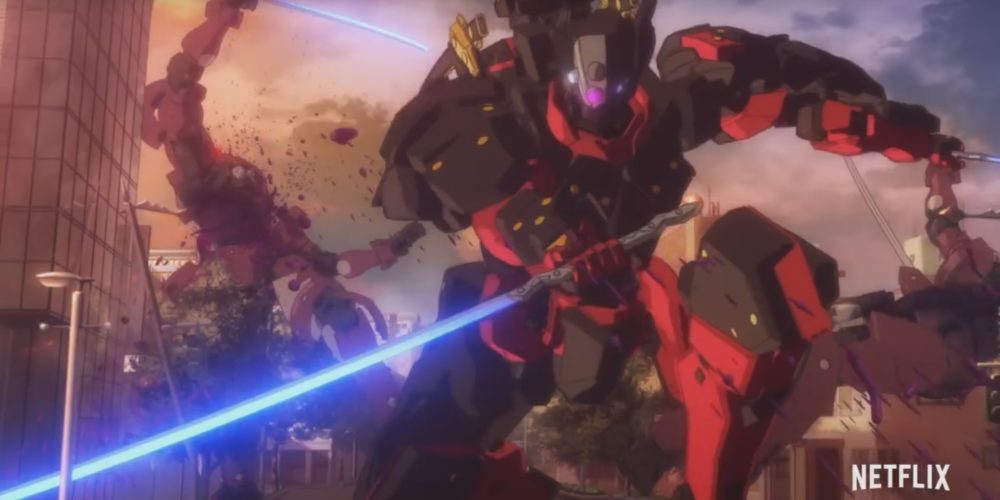 ‘Kuromukuro’ – A Mecha Anime With a Little Bit of Everything 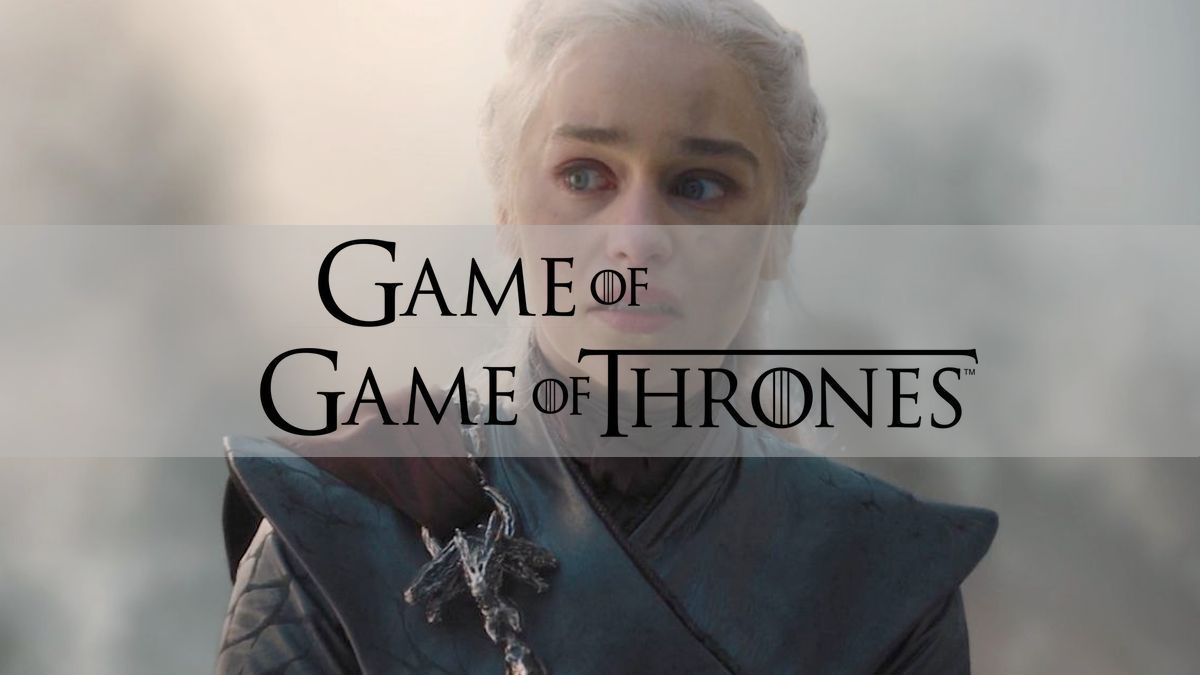