Ray: The Wild Storm: Michael Cray has been one of the most pleasant surprises out of DC in a long time, giving us dark and twisted versions of the iconic DC heroes that may outstrip famous versions like the Earth-3 villains or the current Dark Knights. That’s because they’re not just dark mirrors to the heroes, they cast an ugly spotlight on society itself. Green Arrow was a look at twisted capitalism, while Flash represented radicalism and terrorism. This issue’s take on Aquaman, though, is something different. A horror movie crossed with a tale of blue-blood delusion, the issue opens with a mostly silent segment where a young woman is taken from her home, sent out on a boat, and torn apart by sharks and…something else. A sacrifice, in exchange for a bounty of fish delivered by a mysterious man who lives in the water.

If there’s one flaw this series has, it’s the necessary infodumps we get every other issue, as Michael stands in front of his boss and gets the profile on the current villain. The Wildstorm: Michael Cray #5 is the story of Arthur Curry, the mysterious last son of an elite colonialist family. It’s interesting enough, but the story kicks back into high gear once Michael and Leon take the boat to the mysterious island and investigate the disappearances. It’s clear that this island has essentially made a deal with the devil, and they’re willing to kill to protect it. There isn’t all that much of Aquaman himself this issue, as he only appears in a few segments without a clear look at him. What we do see, though, is suitably intimidating, and the best segments of this issue have a raw horror movie vibe to them that makes this a brisk, intense read that leaves me excited to read the next one. While the main Wild Storm title has a lot of pacing issues, this one delivers every single month.

Corrina: What also separates the stalking of these dark versions of the Justice League from other tales is that we always see the cost of their behavior on their victims. Aquaman is truly horrifying not because he dominates the tale and we learn why he became evil. No, he’s terrifying because of the effect of the people around him. We feel the woman’s terror in the beginning, and we’re also scared for Leon at the end.

Similarly, we felt the despair of Green Arrow’s victims and we were horrified that Flash had gone so far around the bend as to kill good people. In essence, these tales aren’t about the dark versions at all, they’re about dispensing a dark type of justice for their victims.

Michael Cray himself is a killer, too, but the story has drawn him with sympathy, showing that he has his own moral code and will not just follow orders. He has within in the capacity to do good. I think where this series is leading is Michael’s own descent into darkness, as his powers become uncontrollable and threaten to overtake him. Will he turn into the same type of evil he’s fighting?

Maybe. But first, he has to save Leon. 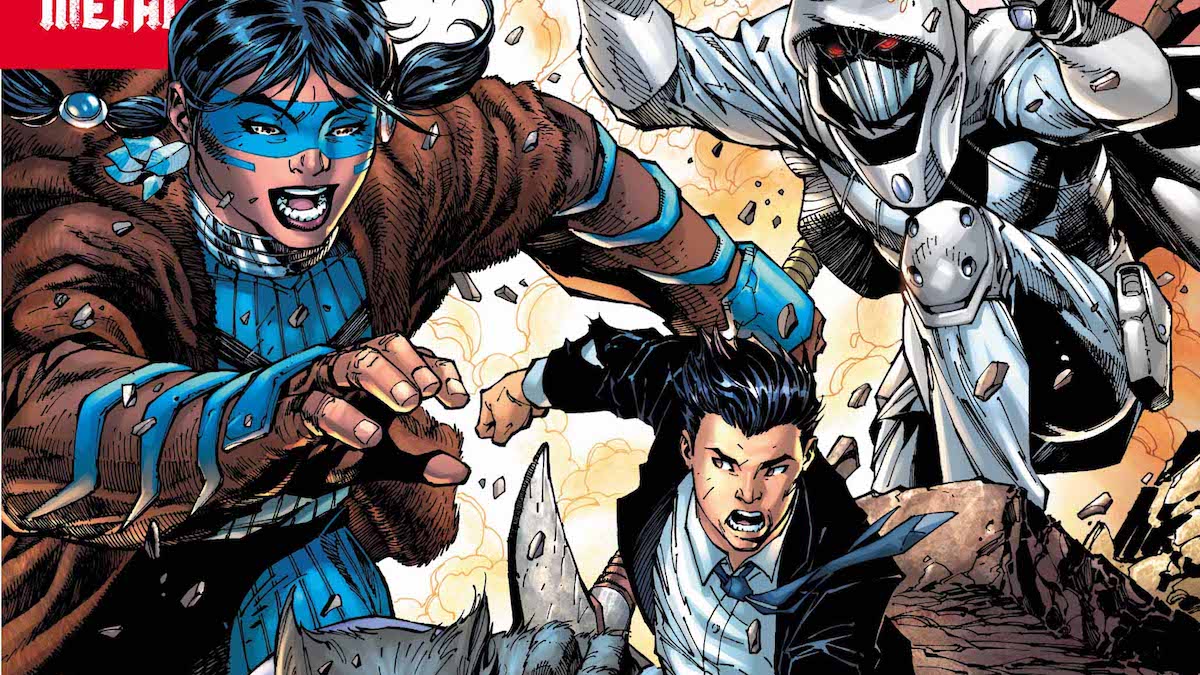