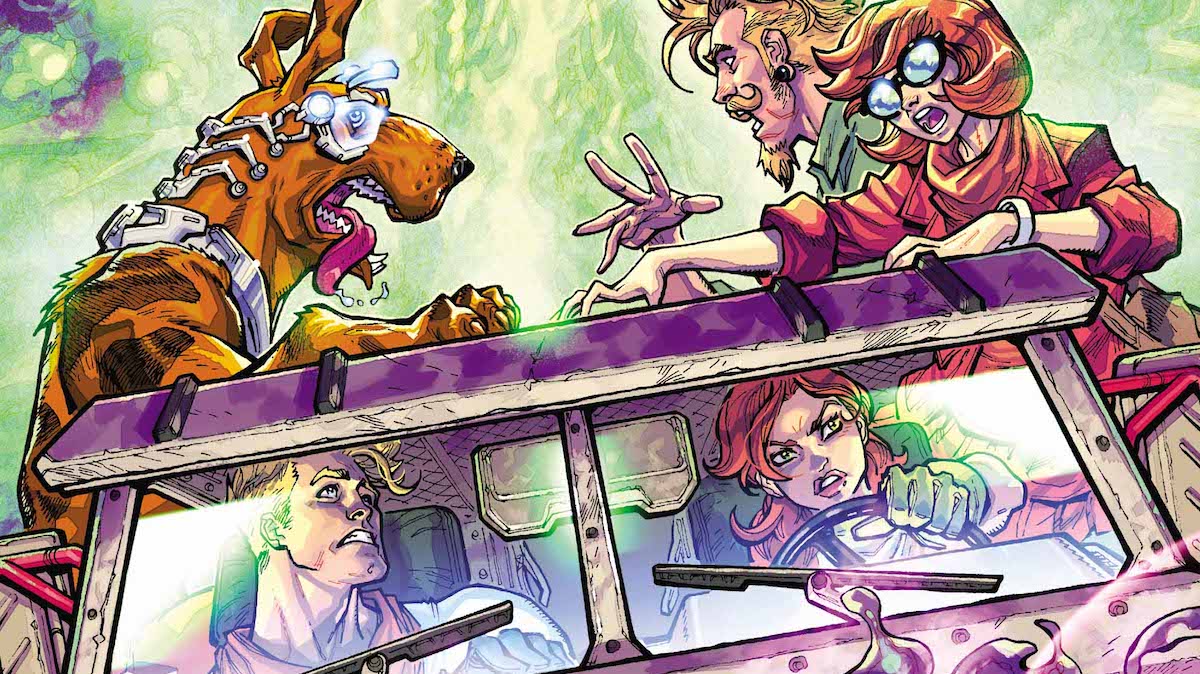 You’ve got the zombie apocalypse, here a monster apocalypse, and the band of survivors moving from location to location only to find one unpleasant surprise after another. The series does seem to have the ambition to be somewhat of a social satire, which is where it’s at its best, but those moments are few and far between. That being said, Scooby Apocalypse #22 does have some clever touches, as Daphne and Fred infiltrate an abandoned mall and find that it’s anything but abandoned. The last issue had them discovering a next of monsters in the underground, but what they find inside looks more like a killing field.

The mall is littered with monster bodies but seems to be abandoned. It soon becomes clear that what’s going on is an ongoing monster war, as two warring camps of beasts wage daily battles against each other and leave countless dead in their wakes. And what they’re fighting over? Their respecting department stores. It turns out that they’re formerly employees of those stores, who have consumerist competition imprinted on their minds and are playing it out post-mutation. That’s kind of clever, but the way it plays out is little more than senseless monster action followed by running.

I was more amused by the Secret Squirrel backup, which is drawn by Colleen Doran this issue and introduces assassin Wiley Wolf, as well as a pair of incompetent secret agents called Mully and Sculder, to pursue our rodent heroes. It has a sense of humor about itself, at least. 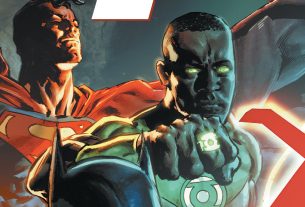 Review – Superman: Up in the Sky #1: Mystery in the Stars