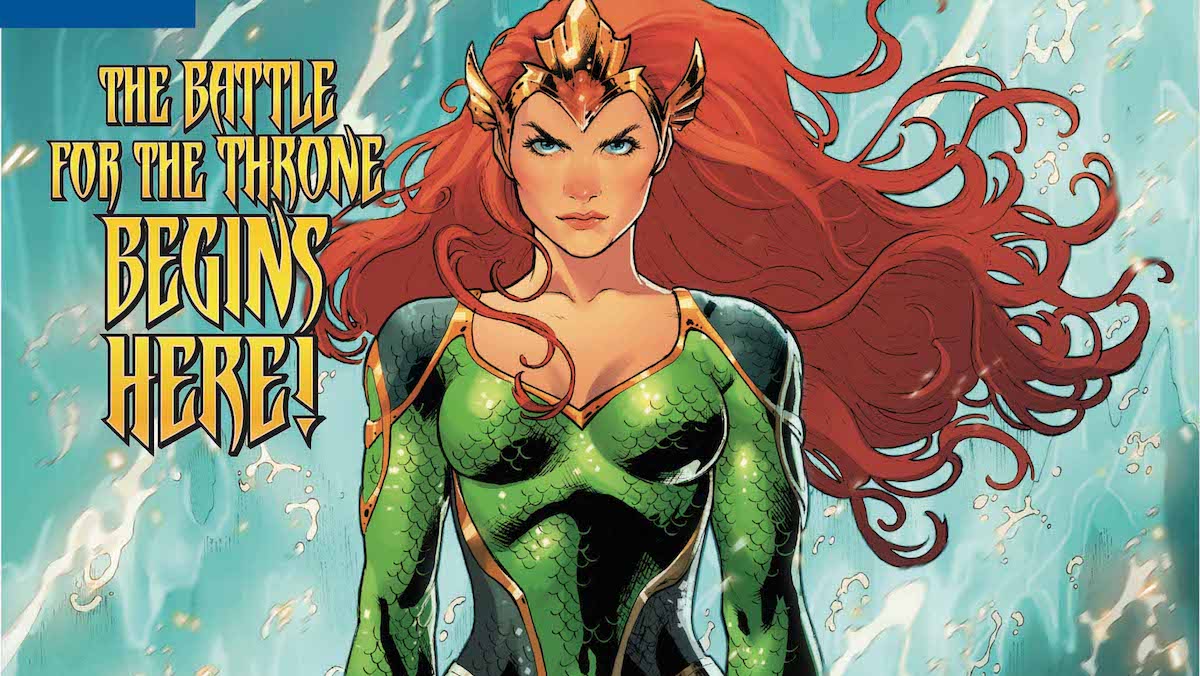 Corrina: Carries Over Problems From Aquaman

Ray: Mera: Queen of Atlantis, a title spinning out of Abnett’s Aquaman run is odd, in that its biggest strength is also its biggest weakness – it’s got some intriguing subplots going back years to explore, but unfortunately its leading lady may just be the least interesting thing going on in the issue. The story opens not following Mera, but in the middle of Louisiana, where a seemingly normal family spends the night together. But it’s not normal, at least the stepfather isn’t – he’s actually Ocean Master, Aquaman’s villainous half-brother who was responsible for the Atlantis-America war in the New 52. After that, he went to land and found happiness with a single mother and her son, who now calls him dad. However, when he sees new of the coup in Atlantis and the potential rise of Mera to the throne, the Atlantean traditionalist is forced to choose between his family and his birthright.

A complex antagonist like this is great – but Orm’s story completely eclipses Mera’s, which focuses on her recovery after magical poisoning left her unable to breathe underwater temporarily. She’s supposed to be taking it easy, but that winds up including taking on the D-list villain The Eel, an underwater criminal with powers that resemble hers. I’ll give this issue credit – the fight scene was exciting, and Abnett clearly does have a good handle on Mera’s powers. But the rest of her story is just not that interesting. She talks with the League about Atlantis, reflects a lot on her past, and is mother-henned by Tula. Mera’s a character who feels like she should be able to carry at least a miniseries, but maybe it would have been smarter to wait until after she was crowned Queen of Atlantis? Her efforts to unite the kingdom despite her outsider status could be a great story.

Corrina: The big problem is basically what Ray said: so far, it’s not a Mera book, it’s an Orm book. Which is…huh? Part of this is the problem created by events in Aquaman, where everyone decided Mera should be Queen next because…it’s unclear, truly. The idea is that she’s dedicated to Atlantis but, as the backstory that unspools in this issue proves, she grew up trained as an enemy of Atlantis. Happily, love will find a way but I would expect the Atlanteans to be warier of Mera than to elect her Queen. If Mera had done something heroic in the battle for Atlantic, I might see it, but her main contributions seem to have been getting angry and being captured. (A flaw in the writing, not the character.)

And now in Mera: Queen of Atlantic #1,  her story pales in comparison to the setup for Orm’s return. I’m willing to see her go through a recovery arc, but all that happened in this issue was to emphasize how weak she is right now and provide her backstory to readers. Orm is the one who gets the interesting storyline and who, it seems, will drive the plot.

When this was announced, I’d hoped this would be about her ruling Atlantis. Alas, no. Will Mera became the second DC heroine whose book is not about her at all? It seems likely. (The first is the regular Wonder Woman series, still tied up in Jason’s story.) 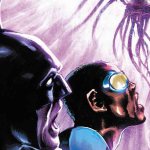