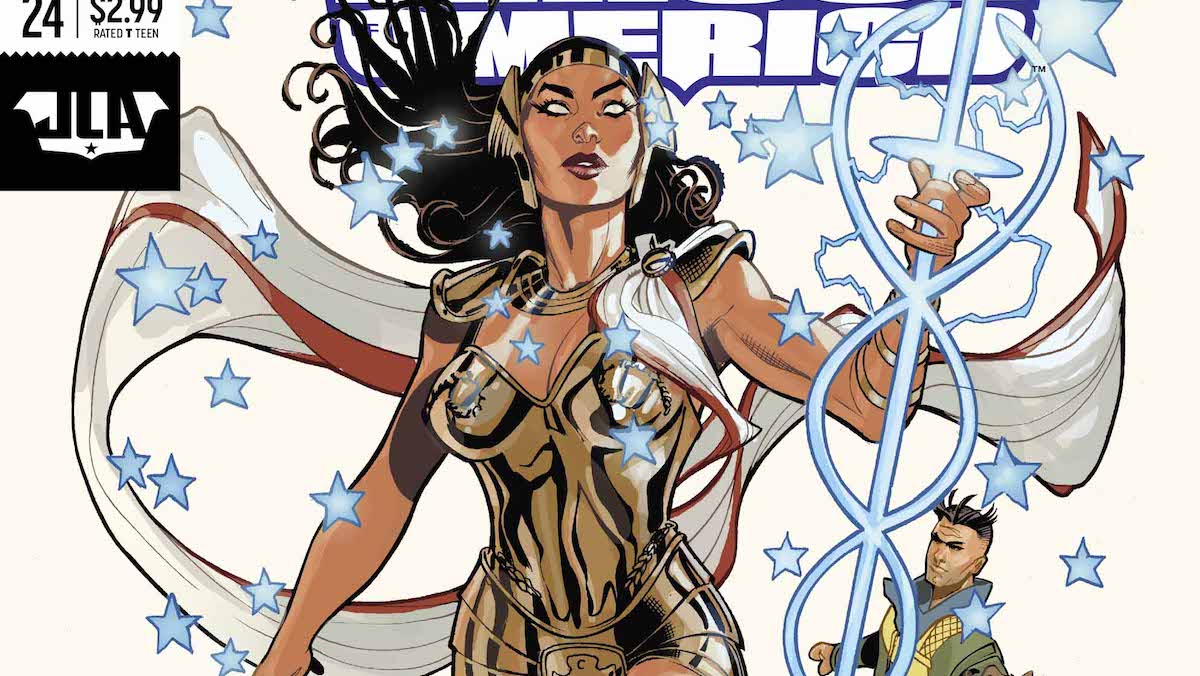 Ray: A strong finale to the “Deadly Fable” arc in Justice League of America #20, as we now know this is the penultimate arc to Orlando’s run. It’s ending to make way for the revamped Justice League this summer. The hype for this story has mainly centered around Promethea, the returning Alan Moore creation last seen in her own ABC Comics series, but unlike in Doomsday Clock, there doesn’t seem to be all that much of a plan to her return. She returns as guardian to a magical realm, her origin is recapped, but mainly she’s just another player in a big battle with a lot of combatants. The issue is far more of a spotlight for two heroes – Vixen and Killer Frost. Vixen’s usually known for communing with animals, but in the opening scene, she makes a very different sort of connection – with all the previous “wishers” of the Queen of Fables, as she has to convince them to make an impossible choice.

This arc, and arguably the whole series, has been the story of Killer Frost, and how she goes from being a victim and a killer to a hero in her own right. Her desperation for a cure led her to cut a deal with the Queen of Fables, and now she’s caught in some sort of multidimensional drama where she’s seen as the Queen’s beloved, deceased sister. I was a bit disappointed with the Queen of Fables herself, actually – her initial appearances had much more of a gothic, Grimm Brothers vibe where she seemed to have control over reality. Here, she’s a bit more of a generic invading villain. However, the final showdown as Vixen shows up with an army, and Frost deals the killing blow at great personal cost, is one of the best moments of the series. The League seemed to be falling apart, but this arc pulls them back together in time for one final battle starting next issue.

Corrina: I thought where Caitlin ended, claiming the victory at great personal cost, was terrific, though she seemed to do far too much angsting to get there. For instance, she’s seen the Queen of Fables kill her teammate Vixen and yet she’s still fighting on the Queen of Fables’ side, still hesitant about what to do. Granted, Vixen comes back and Caitlin is relieved but it seemed odd to see her wavering over her allegiance after that murder. (Though it was fun watching her beat up Lobo.)

The odd thing about this issue is it should feel epic and, yet, because of Promethea’s guest-starring appearance, it doesn’t quite get there. Vixen’s connection to the wishers is wonderful, and beautifully drawn, and the kind of moment I love in superhero comics, where ordinary people can turn the tide. But the action halts when Promethea shows up to give her backstory. I expected her to do something cool but, instead, she vanishes, letting the JLA finish the fight. She’s intriguing and I can see why she’s so well remembered but she is shoehorned into a story that didn’t need her and also took panels away from the regular cast.

But, hey, the ending was worth it. Batman’s appearance was a surprise, so I guess we’re in a post-Metal world of sorts now. I’ll be sad to see this book and, especially its collection of characters, end but two years of this title is a good run. 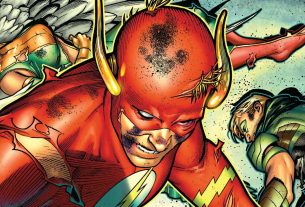