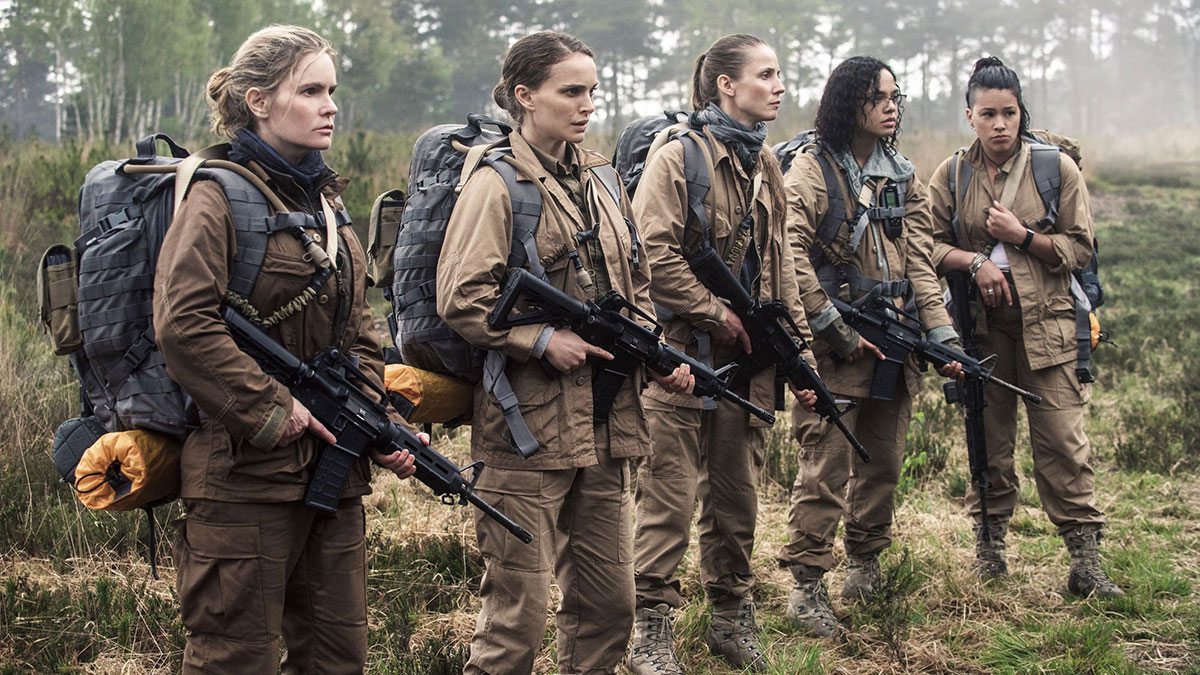 Alex Garland returns to the big screen with Annihilation, his latest sci-fi thriller, this weekend. Is it worth seeing? Should you bring the kids or find a babysitter?

After an alien… something… crashes into a lighthouse on the coast, it spreads “the shimmer,” a slowly expanding boundary of sorts, around the crash site. Three years later, multiple teams have gone inside to try to figure out what exactly what is going on, but only one man, Kane (played by Oscar Isaac), has come back after having been missing for a year, and he is not precisely in the best condition. And so his wife, Lena, a biologist played by Natalie Portman, and a team of women take their turn going inside. While they explore the strange world being created inside the shimmer, and while Lena searches for clues as to what happened to her husband, all five women also seek to bury their own demons.

While they search, we see flashbacks of Kane and Lena’s life together before he left on the mission.

I did, but I should admit here that I’m a big fan of Garland’s work. His directorial debut, Ex Machina, is one of my all-time favorite movies, and one that is assigned viewing in a class I teach. And his writing credits include 28 Days Later, Sunshine, and Dredd. So I went in with pretty high expectations, and I wasn’t disappointed. The movie nicely manages the mix of being visually stunning and also thematically very dark.

3. How are the performances in the movie?

One of the things that makes the movie so easy to watch is the performances from the almost entirely female cast. Portman is fantastic as always, but she’s aided here by some great fellow actors: Jennifer Jason Leigh, Jane the Virgin‘s Gina Rodriguez, Swedish actress Tuva Novotny, and Infinity Wars‘ Tessa Thompson. All five women are strong, but each has a dark secret that seems to eat away at them as they explore the shimmer, and all of the actresses do a great job of showing both the strength and vulnerability in the roles.

There are only three men with notable speaking roles: the aforementioned Oscar lsaac, who appears mostly in the flashbacks; Benedict Wong, who plays a government agent interviewing Lena; and David Gyasi, a co-worker of Lena’s from the flashbacks. All three are good in the limited parts they play.

The movie is rated R for “violence, bloody images, language and some sexuality.” The violence and bloody images are both fairly pervasive through the movie. It is, perhaps, the bloodiest movie I’ve seen in some time. Multiple characters meet very bad ends.

The script doesn’t hold back on the language, with multiple “f” and “s” words uttered throughout.

The sexuality, on the other hand, is pretty understated. There are a couple of scenes that show Lena having sex, but all we see if her bare back.

I definitely would hesitate to take younger children to the movie. Beyond the blood and violence, the movie is at times quite frightening. And the overall theme of the movie might be tough for them to understand and come to grips with.

Older teens may enjoy it more, but should know that it is not a shoot-’em-up action film. Like Sunshine and Ex Machina, it’s a much more cerebral take on things.

6. When can I sneak out to the bathroom?

The movie is just under two hours long. There are quite a few scenes while the women make their way through the shimmer that build on the story but can be missed without confusing you too much. However, once they arrive at the army base, I’d suggest that you try to stick it out for the rest of the movie. 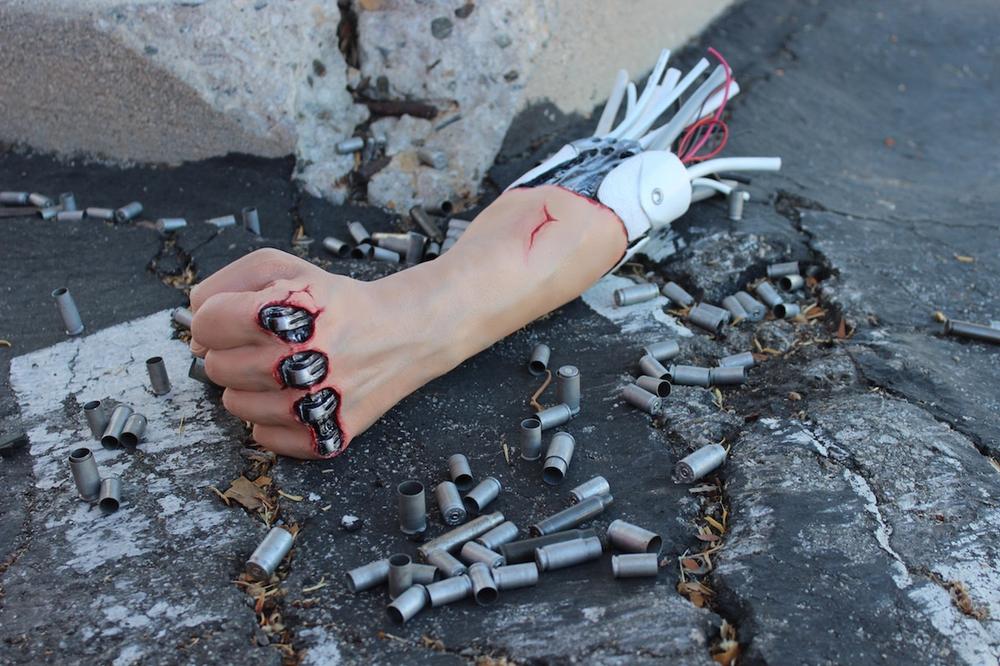