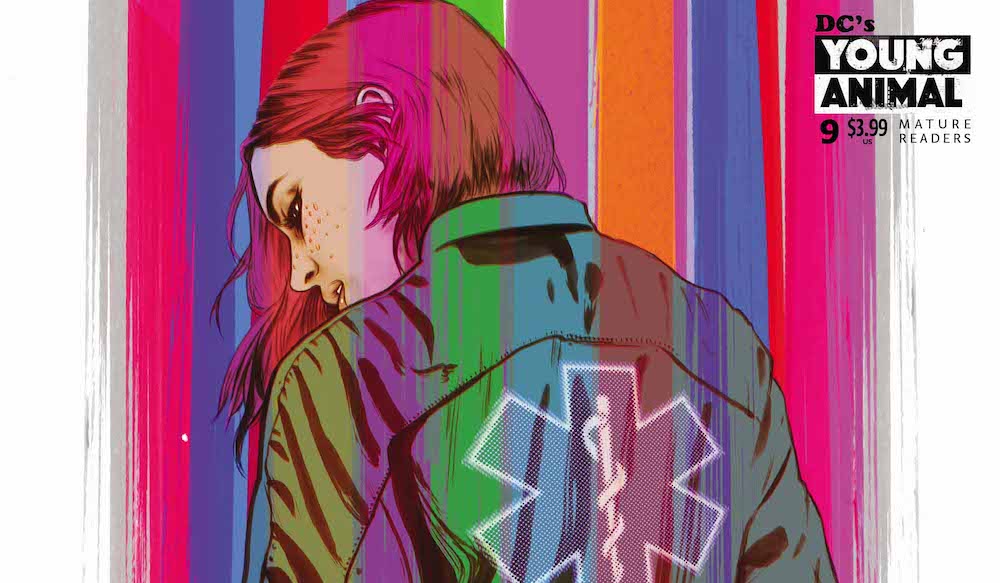 Note: Corrina stepped away from reviewing this book because it delved too deeply into the bizarre for her taste.

Ray: A lot of titles go through extended delays and are just fine, but this isn’t most titles. Just hitting its #9 issue after several of its sibling titles in the Young Animal line have already finished their twelve-issue run, this surreal team book suffers from the big gap between issues and the fact that few people will be able to fully remember the bizarre events of previous issues. I remember the sort-of-lead character having sex with her mutated cat? And this issue opens with Robotman and Jane Doe battling a group of robots that seem to be powered by emotions. It turns out to be a person inside the robot, and they then melt. Meanwhile, teenage sorcerer Luke Reynolds holes up in his room and attempts dark rituals involving a dead cat.

That ritual leads him to another dimension, where he meets the strange Mr. Nobody and the Brotherhood of Dada, classic Doom Patrol villains now reinvented as puns on architecture, social media, etc. It’s all very amusing, but barely even qualifies as a narrative. That’s before we get into the mysterious supervillain known as “The Disappointment”, who is covered in a copyright bar for some reason, or Casey Brinke moving out of her apartment and having a brief liaison with her roommate while falling out of a window. This issue, unlike some past issues, feels more like a random collection of clever visuals and sight gags than it does like an actual comic.

Shade The Changing Girl and Cave Carson Has a Cybernetic Eye had heart. This one wants to rely on its cleverness, but it’s not quite enough.

Want to read all our single issue DC Comics reviews? Check out the index. 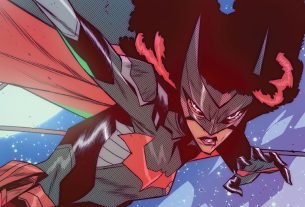