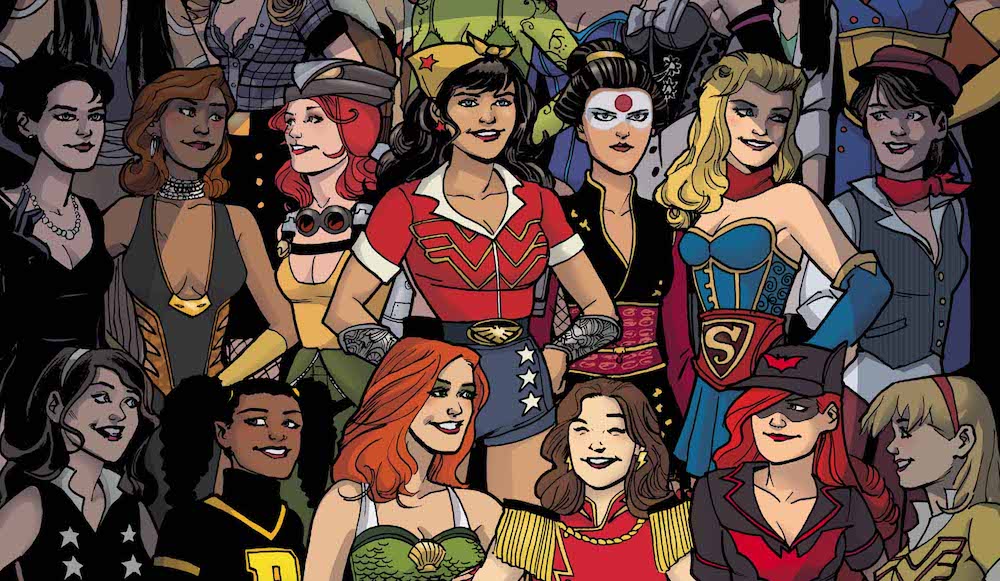 Ray: After a first arc that focused almost entirely on the Wonder Girls and their battles against the forces behind Japanese internment, this issue finally catches us up with the rest of the crew – and introduces quite a few major characters, including a fan favorite who seems to be taking over the DCU. This issue skips around, featuring a lot of largely silent segments that artist Sandy Jarrell brings to life with art and narration alone. The issue opens with Kate Kane, who is alone in Spain as she fights a one-woman war against the fascists with bat and ball. Meanwhile, in Florida, Dinah Lance is dealing with her fast-rising singing career and the attention of a playboy named Oliver Queen when Barbara Gordon and her Suicide Squad come calling.

There’s a lot of new characters, almost too many to really give all of them the attention they deserve. Bumblebee here is a high school student whose superpowers take a backseat to her incredibly ambitious life – I got a bit of a Goldie Vance vibe from her first appearance. Katana, meanwhile, seems like she’s pretty much the same, but with the twist of her sister being in her sword, rather than her husband. And then there’s Jessica Cruz, who is reinvented as a young police officer dealing with the aftermath of an unnamed traumatic event when she gets a Green Lantern ring – and possibly an arch-nemesis, in the form of Star Sapphire. And that’s not even getting into the countless cameos (including Blackbat, yay!). It’s more of a setup issue, but one that absolutely does its job at getting me excited.

Corrina: Let’s get to the important part: Carol Ferris/Star Sapphire takes out Hal Jordan WITH ONE PUNCH. One very well-deserved punch. I’m not sure if Hal is dead in the crash of his plane or not but it was kinda liberating to see my least favorite Lantern (and the one with the most history of treating women badly) bite the dust so early, with the especially sweet twist of Jessica Cruz obtaining the Green Lantern ring.

But, yes, there are many interesting elements introduced in this issue. Ray’s touched on most of them but I believe this is the first time that Black Canary is getting a story spotlight and it’s good to see her with this version of the Suicide Squad, even if Batgirl as a vampire is an odd choice. The stakes are raised, too, as it seems like the Nazis and the world war might, at some point, take a back seat to intergalactic war.

The longer this series goes on, the more complex its worldbuilding becomes, and I love it for that. 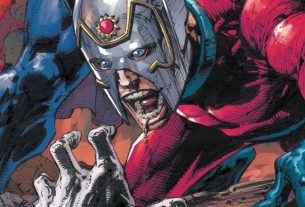