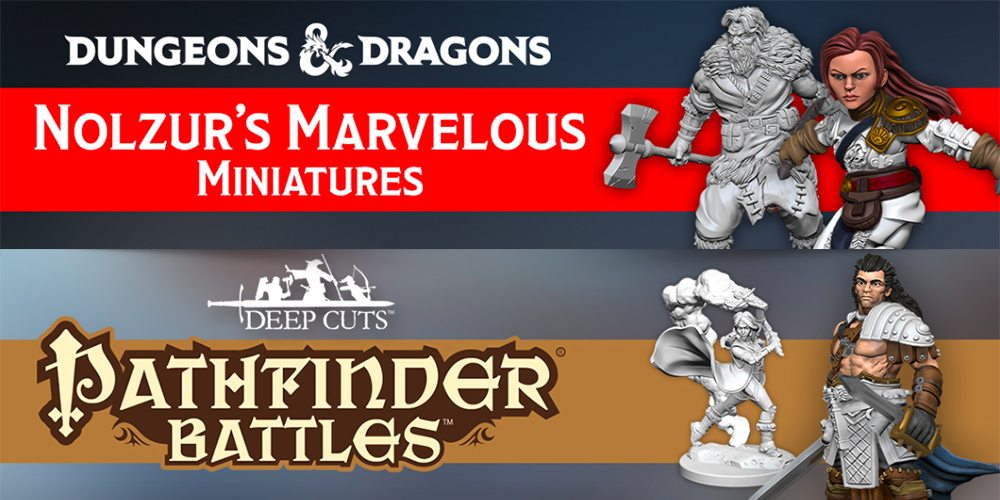 I have begrudgingly come to accept that my kids are not campaign kids. While they’ll play a handful of sessions of D&D (or Pathfinder or Hero Kids or Teenage Mutant Ninja Turtles and Other Strangeness) with me, they are, unlike their old man, not especially interested in lengthy quests or continued character development.

While I crave the kinds of rewards that come from perseverance and consistency, they want cool new personalities in exciting new worlds. They want fresh dice and crisp character sheets. But above all else, they want new miniatures.

I reckon I used the same three lead Ral Partha Halfling Rogue minis (01-318 Hobbit Thief) for, like, the better part of two decades. I am a simple man of simple needs. My geeklings, though, require that new hotness. Thankfully, the fine folks at WizKids are always more than willing to help in that regard.

I first encountered the Dungeons & Dragons Nolzur’s Marvelous Miniatures line earlier this year, when I picked up one of the Halfling Rogue two-packs at my local shop during a Free Comic Book Day sale. (What can I say? I know what I like.) I adored the sculpts, not to mention the fact that both miniatures represented the same character at different stages in his heroic development.

These features continue through much of the product line, with the Acrylicos Vallejo-primed Dwarf Male Cleric two-pack boasting the same sharp details. The massive war hammer and, in the case of the more advanced iteration, clear plastic accents really pop—and, for the record, this also prompted my eldest to ask, “And what’s a cleric again?”

Mr. Cleric was joined in my collection by the similarly unpainted Elf Male Wizard—both versions of which sport “magical” translucent adornment—as well as a larger solitary Minotaur. While the elves, particularly their flowing cloaks, add a dash of vibrant action to any map, the bull-man seems a little clunky and uninspired. Although, in this case, I will award extra points to him for his wicked flail.

The Pathfinder analog to the current Nolzur’s Marvelous line is dubbed Deep Cuts, and, while its two-packs feature two different character races and/or classes, I’ve been universally impressed with their build quality. The Evil Wizards set, in particular, has become a game table favorite. The Human’s dangling chains and the Gnome’s delicate facial features give each a touch of extra character, and the armor decoration on both is superb.

If you’re in the market for monsters, though, the Bugbear duo is tough to beat. Despite their hunched backs, these goblinoids are still imposingly large compared to all but your tallest human characters—and they tower above smaller races. Between the scowling female magic user and the cleaver-armed bruiser, they are suitable stand-ins for fantasy enemies from ogres to orcs to random swamp-dwellers.

Me being all into set dressing, though, I really dig the collection of chests: four trunks to plunder—the same two open and closed—with nice details like locks, binding, and handles. It’s not likely your first choice when you’re hunting for new minis, but small details like loot, cages, and furniture always seem to make my kids really respond to a slowly growing map.

So here’s the thing: I don’t paint my minis. Those Ral Partha Hobbits? Surely they are still floating around somewhere all dingy and metallic.

With these D&D and Pathfinder figures, that’s fine; they look great even unadorned. However, WizKids did send me some of their latest painted line to check out as well. Specifically, I got Pathfinder Battles: Iconic Heroes Box Set 7 featuring Erasmus the Medium, firebug Yoon the Kineticist, Occultist Mavaro, the ancient Spiritualist Estra, and a her phantom husband Honaire.

With the exception of the diminutive Yoon, whose overall wash is a little muddy, this entire set is gorgeously detailed. Erasmus’ scarf and Estra’s cloak are impeccably patterned, and the corpulent Mavaro is splendidly adorned throughout. Even the translucent green phantom, while monochromatic, is a feast for the eyes.

While I lean toward pre-painted minis (and the Iconic Heroes are certainly no slouch in that department), even the simple primed Nolzur’s Marvelous and Deep Cuts are fine additions to your growing army player characters, NPCs, and dungeon decorations. They look so good, maybe I’ll take up miniature painting myself. But probably not.

The Family Fun and Multiplayer Mayhem of ‘Super Kirby Clash’ 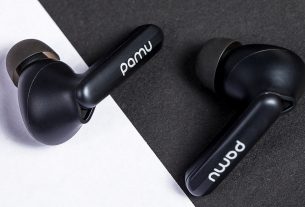 The Best Board Games of 2011 (GeekDad Weekly Rewind)