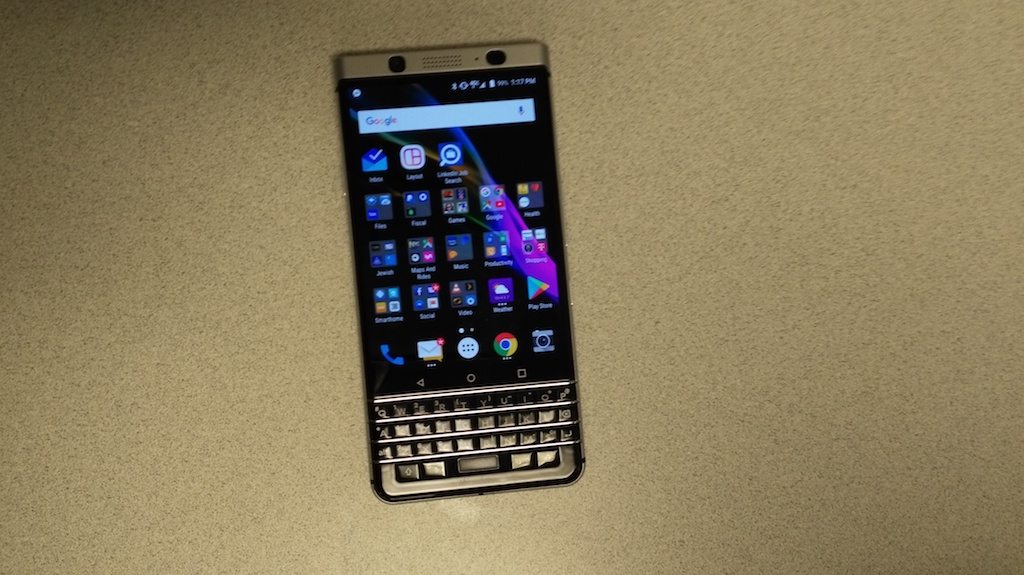 Real talk for a second? I love physical phone keyboards. My first smartphone was a Treo 180, and even before that I had a thumbboard attachment for my Palm V. (I’m old, is what I’m saying.) I stayed with my Palm Pre way longer than I probably should have, just for the keyboard.

Even when I switched to Android and iPhone, I would buy keyboard cases. But it’s 2017 now and I’m used to swipe-typing. I can do it crazy fast. So, of course, TCL has licensed the BlackBerry name and brought some seriously interesting Android phones with a physical keyboard.

My KeyOne is not the first BlackBerry Android phone. The PassPort and the PRIV were both interesting (and I have a soft spot for the PRIV’s slider-revealed keyboard), and the DETEK was their first TCL one, but the KeyOne feels like the delivery of the promise that the first two, more awkward phones only hinted at.

Let’s get a few things out of the way. Firstly, this is not a flagship specced phone. If you want a speed demon with a super-duper, high-end dual camera, look elsewhere. But it’s also not a budget phone (and not just because of price–more on that later).

The KeyOne feels high quality and works like a charm. The screen is “small” by modern standards, but still a 1080 screen. You wouldn’t use it to binge Voltron, but your eyes are safe. Incidentally, there were some issues with screens separating at first, but my review unit has no issues. My only complaint there is that it looks like it has thin bezels when it’s off, but when you turn it on, they’re a bit thick by 2017 standards. You also get a headphone jack, a power button on the left, plus a volume button atop a function button on the right. The function button can be mapped to anything (as can every keyboard key, BTW), and in a phone call, it mutes with a touch. Also, the addition of a USB-C adapter is welcome.

Of course, the real hardware feature people care about here is the keyboard. After years of not using one, it was awkward to go back. Once I got my rhythm, though? It was like coming home. I had to retrain a little bit of muscle memory–the alt and caps keys are swapped from where a Palm device had them. But the addition of the (extremely responsive) fingerprint scanner and the ability to scroll by brushing the keys are both masterstrokes. I didn’t write this review on the phone, but I have written business and legal emails. It’s perfect for my needs.

One thing that may shock you is battery life. The KeyOne had better battery life than my Huawei or Samsung phones, lasting almost as much as my review unit Mate 9 (which has a HUGE battery). That alone helps with the purchase price.

TCL and Blackberry didn’t stop at the hardware design. They also created their own very secure version of Android. This is good. Mostly. The bad news is, while it looks like you’re using un-skinned Android, you are actually using heavily modified Android. Under the hood is basically a “fork” from standard Android. As of this writing, the 2015 PRIV still doesn’t have an update past Lollypop. EDIT: But we now officially know that the KeyONE will run Android Oreo. Thanks, Owen in the comments!

I did have a few software issues, though. Facebook Messenger was a bit weird, with alerts sometimes not showing up. It also dragged like crazy if I ran it the same time as Google Maps. I also found myself re-launching Facebook a lot. Beyond that, the badges on icons for alerts are a welcome touch (a la Apple and Android O), and I will eventually learn all the extra tricks. Because, wow, there are tons of additional Android apps and solutions made by Blackberry. They also ported over the Blackberry Hub concept. I thought I would find it annoying, but after getting rid of the constant floating shortcut, I liked having one place for email, social media notifications, and texts. You don’t need the phone for the app if you want to try it yourself.

Before I forget, one thing Blackberries were famous for, outside of the keyboard, was mediocre cameras. Thankfully, TCL is a bit better in that regard. The 12 MP Sony camera inside is sharp and good for day-to-day pictures (don’t try for low-light stuff). You’re not likely to win any awards, but it works a treat for normal use.

Since the KeyOne is the only current Android phone with a physical keyboard, the $549 asking price for an unlocked US edition isn’t insane. However, I don’t think a lot of casual users are going to smack that down on a whim. This is for companies that want a high level of security for their Android users, or people who have been holding on to their old Blackberry for the keyboard.

Let me put it to you this way–not only has this become my daily driver, but when I have switched to other phones to do testing, reviews, or repairs, I find myself missing it… and that was after just a few days.

So just keep in mind that it’s not for media users, (although the sound from the built-in speakers is not bad at all), it’s not a fashion phone or status symbol (although I did get some excited “what phone is that?” reactions), but it’s a good, solid, secure day-to-day phone. That, honestly, should be enough.

Note: TCL hooked me up with a KeyOne. Now it’s my father’s turn to mock me for being a Blackberry user instead of me mocking him. It’s nice doing things together. 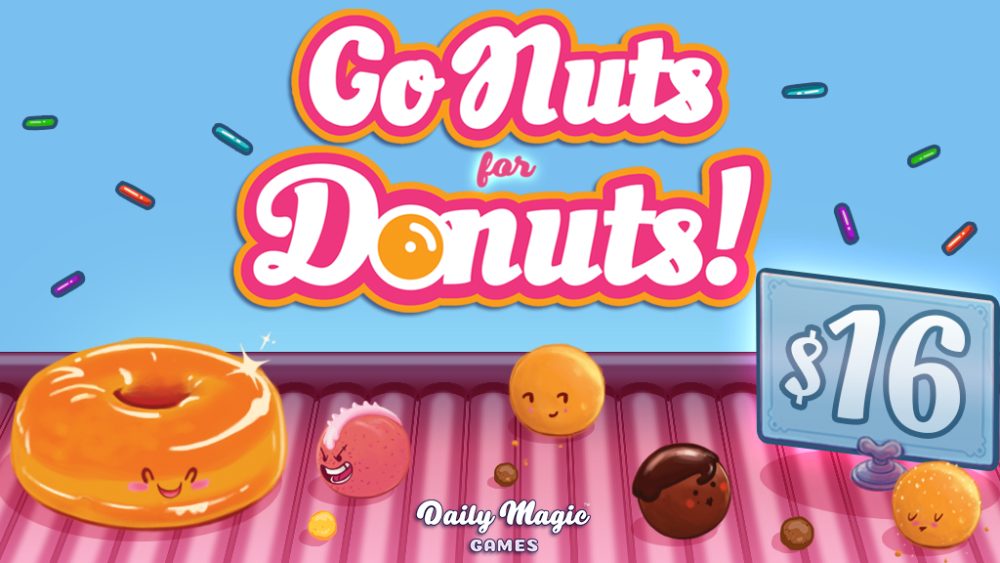 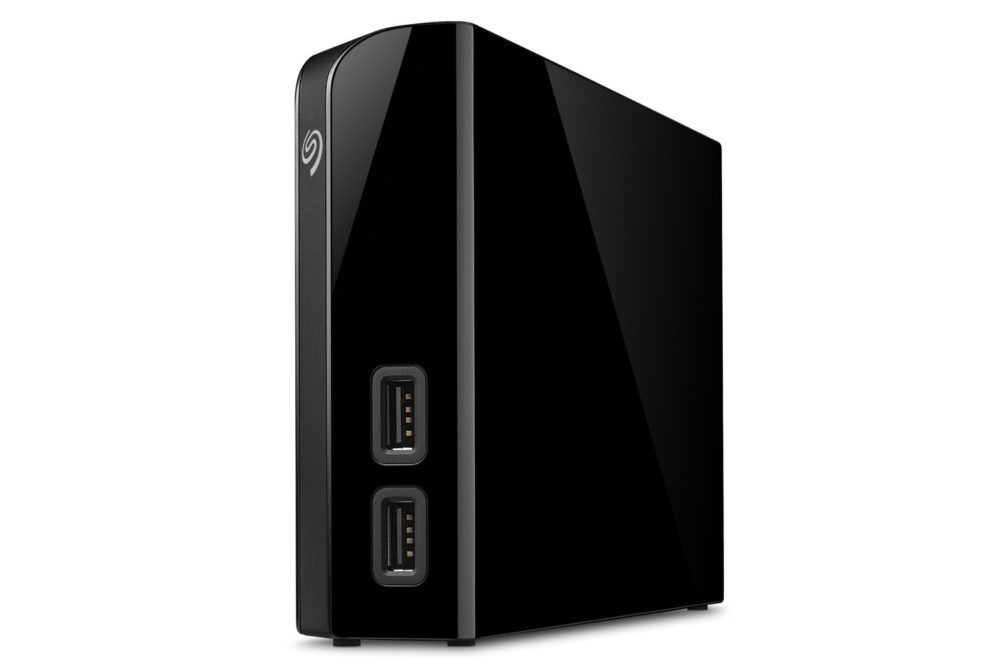 Seagate Backup Plus Hub Has No Minuses 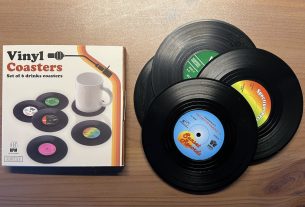