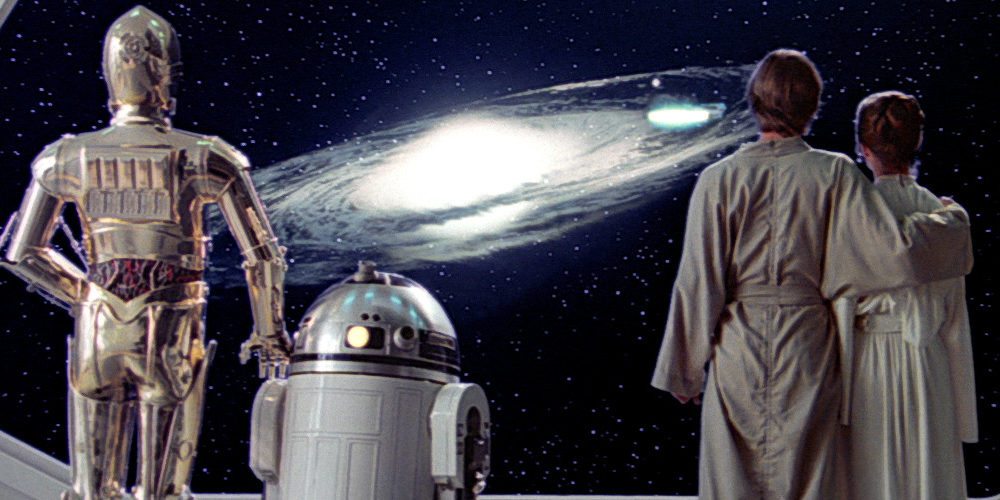 While many will cite the usual suspects, our GeekDads and GeekMoms chose their favorites from all aspects of the Star Wars universe.

Appearance: The Empire Strikes Back

Why Anthony Loves Bossk: If you’ve read my reasoning behind why I love the Patrol Dewback toy in the 40th Anniversary Merch article , you’ll probably be able to guess why Bossk was my favorite character when I originally watched Empire. As cool as Han Solo was and as terrifying as Darth Vader was, they were ultimately human. My six-year-old brain was much more interested in the monsters (snowbeasts and giant-fuzzy kangaroo things? Yes, please) and vehicles (the AT-AT was essentially a giant mechanical dinosaur and it blew. my. mind.). But when we got a glimpse of Bossk in the bounty hunter lineup midway through the movie, I was floored. Here was a character that looked like a dinosaur! And he was a cool villain that was going to chase down our heroes! Sadly, that was his last appearance…well…ever (he’s shown up in fiction and animated series, but not again in any of the big screen movies). That didn’t keep me from carrying my Bossk action figure wherever I went and having him defeat Boba Fett whenever they faced off. That instant rapport I felt has carried over into my Edge of the Empire RPG campaign where I play a Transdoshan by the name of Sarbok. I like to think I’m helping round out a criminally overlooked section of the Star Wars universe.

Why Rob Loves R2: Years ago, a friend was visiting my house and admiring my Star Wars collection when he asked this exact question. I paused for a moment to think on it and answered, “Yoda, I guess?” At which point my wife scoffed. “R2 is obviously your favorite,” she said. “Otherwise, you wouldn’t have an entire shelf dedicated to R2 toys on your shrine.” (“The shrine” is what she calls my shelves of Star Wars stuff.)

That gave me pause, and after a bit more reflection I realized that, of course, she was right.

I mean, really, how can R2 not be everyone’s favorite? He’s the much-less-annoying character who has been in every Star Wars movie (including a far-too-short cameo in Rogue One). Along with Vader, he’s arguably one of the most recognizable characters from the franchise.

But in many ways, he’s also the heart and soul of the movies. He’s the foil to 3P0’s prissiness (and he deserves an extra medal or two for putting up with that for 40 years). He’s saved the rest of the crew countless times–in fact, his first appearance in the prequels has him saving the day. He’s tough and feisty when he needs to be, and just how many times does one little robot need to get blown up, anyway?

His only downside: he doesn’t taste very good. But otherwise, there’s nothing to not love about him.

Why Shiri Loves Sinjir: The first canonically LGBTQI+ main character in a galaxy far, far away, Sinjir Rath Velus is an ex-Imperial loyalty officer who surrendered to a bounty hunter after the battle on the Endor Moon. Snarky, very much anti-authority, smart, incisive, and open-minded, I’m honestly not sure how he survived being an Imperial when so many of his fellows were Force-choked into submission or, you know, to death, but I’m glad he did. His gruff, abrasive exterior protects a bruised, but still very viable, heart which he opens carefully from time to time in an oddly restrained, yet effusive way, which makes him so very human one can’t help but develop a case of the feels along with him. Sinjir grows and evolves over the course of three novels in a way which is very appealing in a sometimes black and white universe. I hope we get to see more of him in some form in the future.

Why Shiri and Will Love Kanan: Kanan was never a typical Jedi. When a good majority of the Council, and a great number of the Knights, had written Deepa Bilaba off after her failure against Grievous, Kanan accepted her as his Master and went into battle at her side. After surviving the Order 66 purge, one of few Jedi to do so (though apparently there are more than originally thought, wink wink), he wandered a bit, working security and smuggling, but when the opportunity arose for him to join the Rebellion, he risked exposure and death to do so (albeit a bit reluctantly initially), even taking on a padawan despite his misgivings about his own skills as both a Jedi and a teacher. Far from perfect, this cowboy Jedi is doing the best he can with what he’s got, just like the rest of us. Sometimes he succeeds and sometimes he fails, but he always gets back up to try again, just as all of us must. He yells, he loses his temper, and he screws up; he even sulks once in awhile. In the end, though, he always moves forward, learning from what came before to make a better future. All with spot on eyebrows and a sense of weary space-dadness with which all padawan parents can identify.

Contributors: S.W. Sondheimer and Will James

Why Shiri and Will Love Hera: Compassionate, kind, and the ultimate space-mom, there is one thing Hera refuses to compromise: her principles. While she’s perfectly willing to let Kanan step away from the fight when his past comes roaring back, let Ezra go on a side-quest in search of his parents, and to respect Sabine’s feelings regarding her family, Hera isn’t going to give up her fight. While she’d rather have her crew, her family, with her, she’s willing to go on without them for the greater good if need be. She lends everyone around her strength and helps them find their own. People want to be their best selves when they’re around Hera, not only for her but for the greater good. She’s also a kick-butt tactician, an ace pilot, and a dedicated fighter. Multi-faceted and complex, Shiri and Will think Hera is one of the most engaging and well-crafted characters in the Star Wars canon.

Contributors: S.W. Sondheimer and Will James

Why Robin Loves Ahsoka: It seems almost criminal not to pick a character from the original trilogy but, over the years, Ahsoka has become my favorite Star Wars character. If I was in any doubt the excitement I felt when it was announced that Fantasy Flight Games were bringing out an Ahsoka miniature, I squeed with excitement.

So why Ahoska? It’s probably helped that my youngest son loves her too. His excitement when she comes on screen is infectious. He’s 5 now, but for the last couple of years we sat cuddled up on the sofa watching Clone Wars and Rebels, waiting patiently (ok, impatiently,) for her to get some screen time.

I was initially skeptical about The Clone Wars and Ahsoka. Like many of us, my faith in the saga was broken after the prequel trilogy. I thought my Star Wars storytelling was done. But my boys wanted more so, gradually, we built up a collection of Clone Wars DVDs and I’d sit and watch an episode or two.

It’s hard not to love the plucky Togruta, with her yo-yoing self-belief and her banter with Anakin. Knowing how his story ends, makes the relationship all the more bitter-sweet, especially at the end of the Clone Wars.

In Star Wars: Rebels, she becomes, for me, complete. Her inclusion was inspired, a vital connection between the two animated series. I think Rebels contains some of the best stories of the entire saga and Ahoska is central to the best of the best. That season 2 finale? Wow!

Ahsoka is a strong female character, guided not by some mystical force or a coven of old men; she’s her own woman, who fights for good because it’s the right thing to do.

Why Amy Loves Qui-Gon: While we were planning this, I told everyone, “I can’t pick a favorite character,” which is true. But if any of my favorite characters doesn’t get enough love, it’s Qui-Gon Jinn, appearing as he does in only one, not-particularly-popular movie. But he’s such a quintessential Jedi, so noble and centered in the Force, calm yet determined. Sure he’s not a perfect person—insisting on training a super-powerful-but-emotionally-vulnerable kid in the Force without ensuring he get regular psychiatric checkups was probably not a wise move—but he’s a perfect Jedi. He embodies everything a Jedi should be. I want to be his padawan.

Had Enough Cake Yet? I Didn’t Think So… 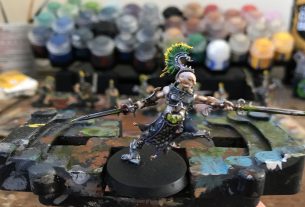