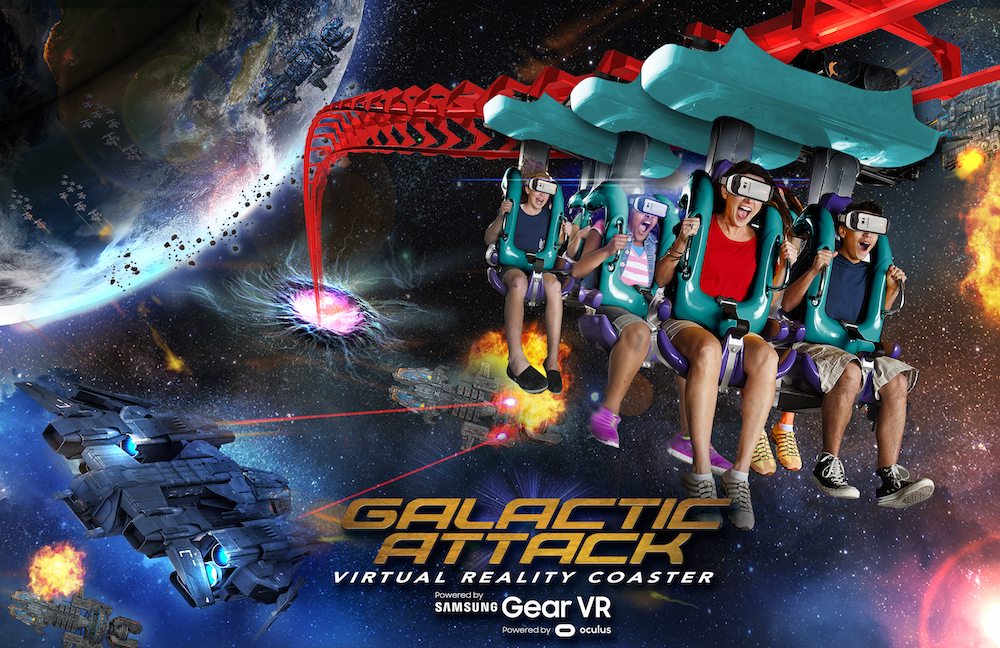 Earlier this month, I wrote about Six Flags New England’s new Galactic Attack Virtual Reality Coaster. It’s the second of the roller coasters at Six Flags NE to be equipped with Samsung Gear VR headsets googles, the first being the Superman: The Ride last summer. For this year, Superman: The Ride is back to being a normal (and awesome) coaster, and the VR action has moved to Mind Eraser.

When riders board the coaster and don their Samsung Gear VR headsets, they will be introduced to the device’s passthrough camera functionality, instantly making riders aware of their surroundings, by allowing them to see the real world, including the person seated next to them, along with the virtual content.

That’s cool for coaster fan who loves keeping their eyes open and seeing how high the rides goes, that experience remains even with the VR. Indeed, it was somewhat frustrating to damp down all the senses by becoming so immersed in the VR on Superman: The Ride.

My older son, 21, and his friend set up for a special preview last Saturday to see what this coaster offered. His thoughts?

Yes, the changes did enhance the VR experience. My son particularly noted that graphics were improved over those available last year and was pleased with being able to have a different ending instead of the same one each time.

But there were some the downsides:

The VR headsets take extra time to don and adjust, which can slow down loading the ride. This is likely an unavoidable problem with a VR coaster. And please make sure your headset is strapped on properly. As you can see on the video, my son felt his  headset was loose. (I suspect he was being extra cautious but caution is needed on a ride like this.)

Also, because of the way the Mind Eraser coaster was revamped, some heavier people may not be able to ride it. According to the park: “Safety is our number one priority. Guests with certain body proportions, height and/or weight may not be able to participate on certain rides if the safety restraints will not operate as designed. Specific ride information is available at the ride and at Guest Relations.”

What certain body proportions? Heavyset people who aren’t classified obese may have issues. If you’re wondering if the ride will fit your proportions, ask at Guest Relations, which is right as you enter the park.

Verdict: my son deemed this a must-ride when at the park and felt this VR a better experience than last year. I’m hoping to take the rest of the family to Six Flags New England later this summer and see for myself.

For those wanting to try it out, Six Flags tickets are available at their website, including season passes. This year, they’re adding Holiday in the Park, starting November 24, to their annual October Fright Fest, so there is year-round value to those passes. 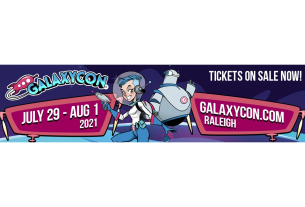