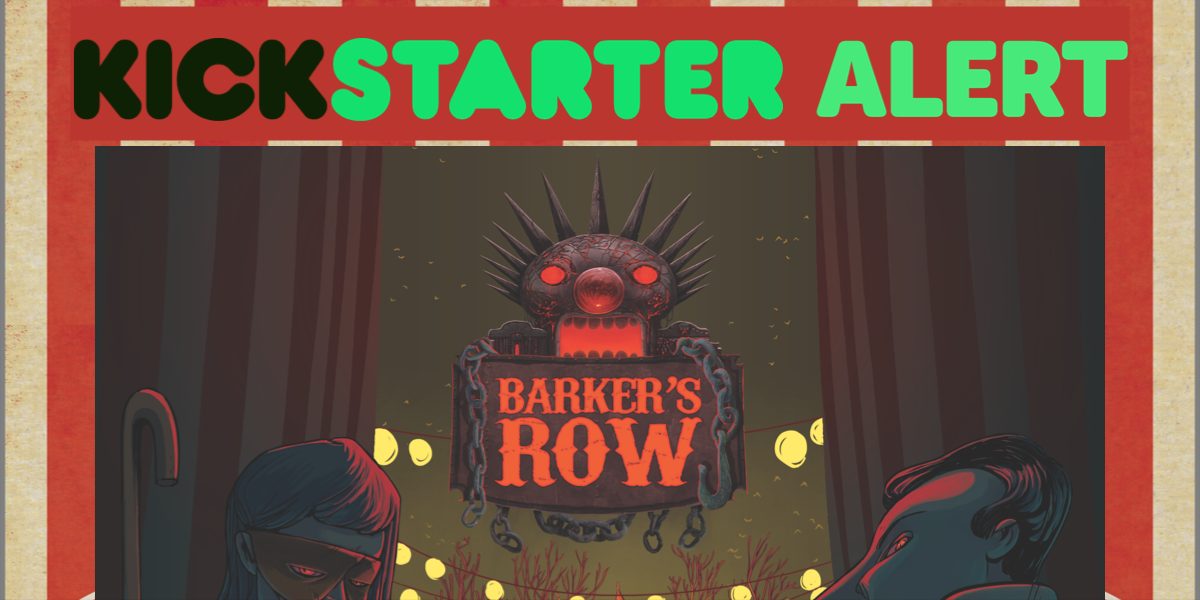 New today on Kickstarter from Overworld Games, Barker’s Row lets players take on the role of a carnival barker announcing their amazing, stupendous, and astounding carnival attractions in the hopes of drafting meeple rubes to fill their audience. Advertise enough attractions to fill your audience with twelve rubes before your opponents, and you win.

Components
This box will be loaded with cards and meeples. There are 36 poker-sized Barker cards, 48 Tarot-sized Attraction cards, and 45 screen-printed meeples. The prototype I received for play-testing contained generic colored meeples, but the designers have plans for several unique and interesting screen-printed meeples in the base game. The game also includes 4 grandstands for your crowd of meeples and a Strongman tower for scoring and play tracking. A Kickstarter Edition planned for the campaign will also contain a Midway Mat and card sleeves. They’ve also planned stretch goals with more Attractions and some component upgrades, so it’ll be interesting to see the final product.

How To Play
Players start with a hand of three attraction cards, each with a different fantastical beast, horror, freak, or oddity. These cards each have a special power that affects the Barker cards, your current and expended Attraction cards, or a combination of both. Three Barker cards are moved facedown from the top of the draw deck to the area of the table designated as the Barker’s Row. On each player’s turn, a number of these cards are moved to another area called the Midway where they become active and can be used to play an Attraction card from your hand.

Players must move one Barker card to the Midway each turn, even if none of the three cards in Barker’s Row will necessarily help them complete the requirements for an Attraction. There are also Wild cards in the Barker deck that count as any of the four suits for purposes of scoring Attractions. Optionally, players can also use any powers from Attractions already in their On-Stage area or draw two cards from the Attraction deck and then discard back down to three attractions in their hand. This last action actually moves your score marker up one space on the Strongman Tower, which increases the total value of Barker cards needed to score an Attraction.

Depending on their position on the score track, a player will need Barker cards that equal the value of their position on the Strongman Tower and come from the same suit (Beasts, Horrors, Freaks, and Oddities) as one of their Attraction cards to score that Attraction. If enough Barker cards of the needed suit are in the Midway, the active player can move those cards to the discard pile and play the selected Attraction from their hand into their On-Stage area, allowing them to access the ability printed at the bottom of the card and moving their scoring marker up one space on the Strongman Tower. They also earn two meeple rubes, which are added to their grandstand. The first player with twelve meeples watching their amazing, stupendous, and astounding Attractions wins the game.

As a fun added element, when scoring an attraction players read in their best carnival barker voice the series of adjectives on each Barker card and finish with the name of the Attraction card. This rule makes the theme of the game really gel and I’m glad they decided on this mechanic to tie everything together.

The powers of the Attraction cards vary widely. Many work synergistically as well, bringing more Barker cards into play or reducing the number of cards needed for scoring. We played several hands and no single strategy seemed prevalent. There’s plenty of variability in the number and type of available Attractions and Barker cards, meaning excellent replayability.

Verdict
The meeples alone make this a must-back Kickstarter for me. Straightforward but deep gameplay that’s easy to teach means I’m far more likely to get this game to the table often. My review copy had complete art and generic meeples with no screen printing, but from what I’ve seen of the production copies in the Kickstarter campaign materials, the final product will be well worth the pledge price. If you’re a fan of beautiful, haunting, and often creepy imagery, the art from Andrea Olgiati also makes this a must have.

You owe it to yourself to check out the amazing, incredible, mystifying Barker’s Row live on Kickstarter right now!

5 Reasons to Kickstart For The Win 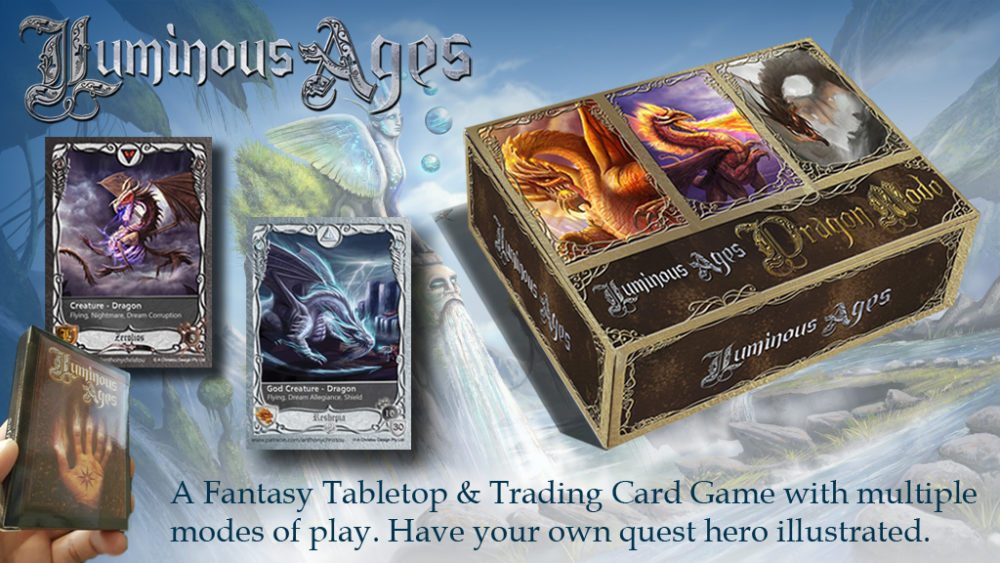 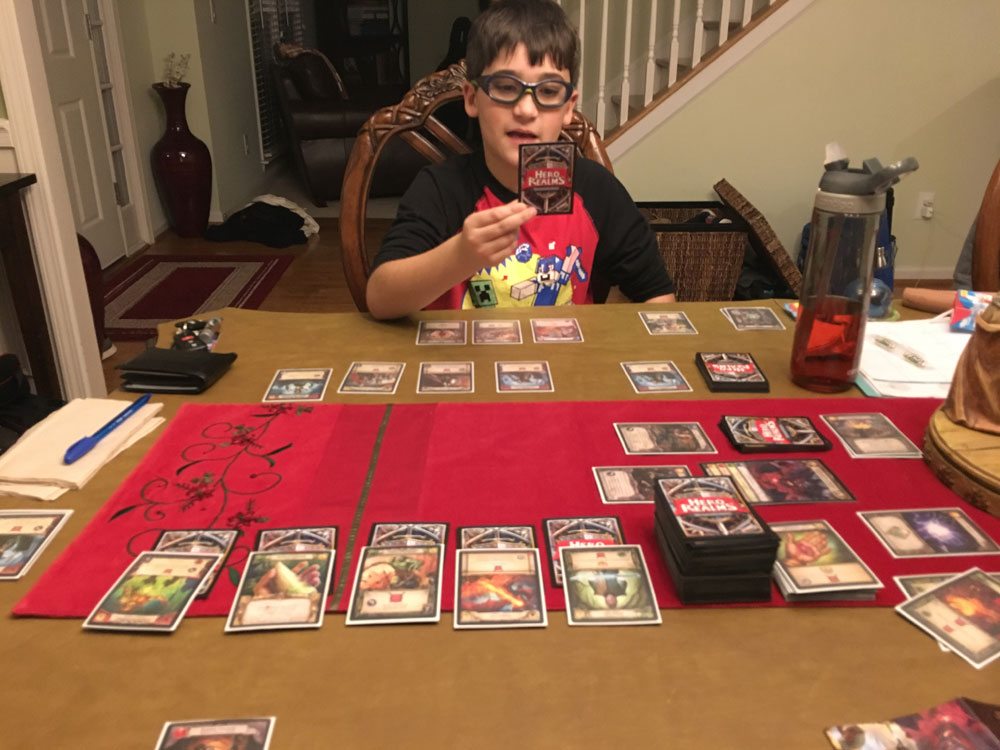