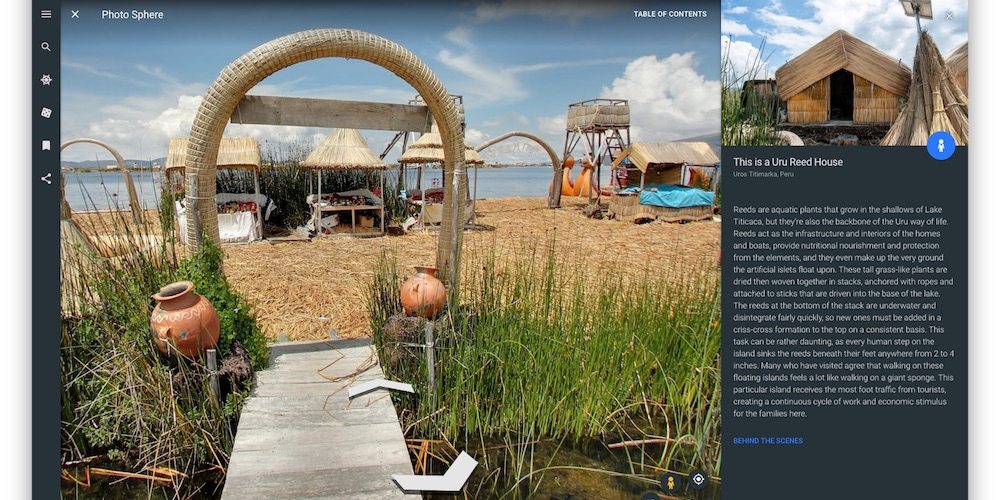 Google Earth has allowed users to explore the globe (and beyond) since it launched in June 2005. A brand-new version of Google Earth has just been released that builds on the freedom to travel anywhere in the world with curated trips. The new Voyager function features interactive guided tours from some of the world’s leading storytellers, scientists, and nonprofits to bring the planet to life. Google Earth draws on experts like BBC Earth to showcase global treasures and the Jane Goodall Institute to visit wildlife in their natural habitat.

Bringing the cultures of the world to users through the Google Earth platform is an obvious match–Google has found a perfect ambassador to share those cultures in an organization that operates in more than 150 countries: Sesame Workshop. The first Voyager story from Sesame Street on Google Earth is titled “Girls Around the World,” and it includes content from 12 different countries where Sesame Workshop co-produces programs, including Afghanistan, Israel, and India. Selecting a country allows users to learn about the place, meet the local Muppet, view content created for kids by local children, and even see the Muppet interviewing notable people from the location.

How to discover the places never heard of? Selecting the “I’m feeling lucky” feature will take the user to one of 20,000 different places. After finding a new location whose beauty or history inspires, another click will allow users to share images of the exact view through the “Postcard” function–and include a link so the recipient of the postcard can jump to the same place and explore for themselves.

The new Google Earth experience has been incorporated into the Google Earth VR application, now available for both Oculus Rift and HTC Vive. The virtual reality experience allows users to fly to anywhere in the world and even change the time of day or night by moving the position of the sun.

Google Earth has finally evolved into what it always wanted to be: an interactive and immersive experience that allows users to see the world and learn something about how it all fits together and provide a new perspective of the locations and experiences humanity cherishes. The new Google Earth is now available for the Chrome web browser (direct link for Chrome) and Android (direct link to the Google Play store), with iOS and other browsers coming soon.

Celebrate Earth Day with a Brand-New Google Earth is cross-published on the Architechnologist, a site dedicated to exploring technologies that change the way we experience the world around us.
Liked it? Take a second to support GeekDad and GeekMom on Patreon!