Combining education and comics is a useful strategy to get kids and adults to keep learning. The visual nature of comics brings another layer to learning about things like science and history that straight informational text just can’t compete with. “Seeing” the history unfold in story form with real people and events depicted can really pull people into learning about important aspects of our history.

One new-ish source of educational comics is ReDistricted, an online comics anthology that publishes stories in comic form, fortnightly, that focus on more obscure history of Washington, D.C. Each of the comics tells an interesting tale, and also includes more information on the covered topic, including links to websites, articles, photos, videos, and interviews. And it’s all freely accessible!

Recent comics on the site cover topics such as celebrating the Emancipation Proclamation, fighting and living with Native Americans, gay rights, enslaved people striving for freedom, women’s suffrage, and events surrounding the fascinating presidential election of 1800. Each comic is only two pages long and can be read through quickly, but they’ll leave you with more questions about the events and people involved. Fortunately, each comic’s further reading section will satisfy every curiosity.

Editor and cartoonist Matt Dembicki is the editor of ReDistricted. He works hard to combine comics and education, proven by his long resume of work as a sometimes editor, sometimes cartoonist, sometimes both. His body of work includes District Comics, The Brewmaster’s Castle, Captive of Friendly Cove (also reviewed on GeekDad), Wild Ocean, Xoc: The Journey of a Great White, Trickster: Native American Tales, A Graphic Collection, and many more projects. I recently (virtually) sat down with Matt to talk about his experiences with ReDistricted along with his other projects.

GeekDad: Tell us about yourself. How did you get started in comics?

Matt Dembicki: My mom got me into it. My parents are Polish immigrants, and we living in a Polish community in Hartford, Conn., so I didn’t need to learn English—until I went to school. And then it was a problem. It was difficult, and I was reluctant because I was embarrassed that I struggled with English. My mom read an article in a newspaper how some schools were using coming to help ESL kids learn to read and write in English (mind you, this was in the 1970s). She bought me a bunch of comics, mostly Marvel Comics, and not only did I fall in love with reading, but I grew to appreciate the art of comics, too. I also developed great friendships through comics. In middle school, a group of us made our own comics and traded them, much like you would baseball cards. My interest in comics waned when I went to college, though I still dabbled a little in editorial comics for the college newspaper and the local town paper. It wasn’t until I met my wife—who brought a copy of Neil Gaiman’s Sandman on our first date—that I got back into comics. As I thumbed through the book, I realized how much I missed this medium. So about 13 years later I was making comics again.

GD: How did the ReDistricted project come about?

MD: ReDistricted is a follow-up to my print anthology District Comics, which featured unconventional stories about D.C. For ReDistricted, I tried something different: I’m serializing it online first—posting a story every two weeks—and each story comprises only two, tabloid-size pages. When it’s eventually printed, I hope it will be a tabloid paper-size book with each story featured in a spread. In addition, each story lists resources for additional information—books, photos, articles, video, etc. I hope students and teachers find this particularly useful.

GD: How do you choose your content for ReDisticted?

MD: Usually I get an “Aha!” moment reading, watching, or talking to someone about D.C. history. A story has to be unique—perhaps something not widely known—and it has to have strong ties to the city. It can be a national story, meaning it has national significance, but it has to feel local.

GD: Do you approach artists to create things or do they approach you? Do you ever ask creators to include comics they’ve already made?

MD: Both. I’m open to pitches from artists and writers, and I reach out to folks who I think have a perfect style for a particular story. I generally don’t look for comics that have already been completed. There is one exception: Rob Ullman’s “Capital Punishment,” which is about the first season of the Washington Capitals hockey team. The reason for that—aside from being a great story—was it was formatted exactly to the specs of the project already. Rob illustrated it for the D.C. comics newspaper Magic Bullet, which I’m involved with, so I just asked him to color it.

GD: How do you get the word out about the project?

MD: Mostly through social media and contacting people and organizations that we think might be interested in knowing we published the story, including local teachers, history organizations, etc. We are in the process of mulling over a few other ideas.

GD: Which of the ReDistricted comics are your favorite? Why?

MD: Well, I like them all. I wouldn’t publish them if the story and art doesn’t move me. But I guess my favorite story is always the one I’m currently editing and getting ready to publish. I’m zeroed in on making it the best it can be, from the text to the resources. When I click “publish,” I always feel, “This is an awesome story that everyone should read.”

GD: What historical topic would you love to have covered in a future ReDistricted comic?

MD: I’m always jotting notes about what can be different and better. Always looking for nontraditional approaches. We’re definitely going to expand more into the local history of immigrants, for example.

GD: How are you able to offer these comics for free?

MD: Well, right now I’m financing it. We do have some donations coming in, but it’s mostly me. Of course, we’re exploring ways to branch out, that includes financially, too. (And by “we” I mean Associate Editors Tabitha Whissemore and Andrew Cohen, who recently joined me to help expand the project.)

GD: How does a comic artist dive into doing history?

MD: Find something that fascinates you. Once I find that element, I start digging—exploring different resources, looking for common elements as well as discrepancies, and then making it come alive through text, dialogue, and art. I’m a journalist by trade, so those skills have helped me find the information I need, and maybe more importantly, knowing where to look.

GD: What makes you passionate about teaching history?

MD: We can learn a lot from history. You often see commonalities between current events and historical ones. Often, history in a text form can be bland and impersonal; it seems so far away. If you can personalize a story and make it come to life, the reader can develop a connection and perhaps see an event differently. That’s where you have an effect on your reader. I think that’s something that comes across in John Lewis’ March. The civil rights movement may seem distant to younger generations, but it all changes once you see the movement through one character’s eyes. The reader can in a sense can transpose themselves in that character.

GD: How did you fall into your particular niche? History, plus sea creatures?

MD: Although I enjoy fantasy work, I think there’s so much fodder in the real world for crazy stories that I just have to dig a little to uncover amazing stories—whether it’s in history or in the natural world.

GD: What other projects are you working on right now?

MD: Heh, that said, I am working on a couple of ocean-related fictional stories. One is Stella in Space and Time with Tina Seamonster. The other is a yet unnamed project with writer Michael Cowgill that focuses on the ocean.

GD: Which comics out there do you think are the most important for people to read, if they only had time for one or two?

MD: My current favorite comic is Alpha: Directions by Jens Harder. It compresses 14 billion years of earth’s history into about 350 pages. It’s beautifully written, illustrated, and paced. It’s unconventional, and not at all what folks expect from comics. It’s a lovely work of art.

Check out ReDistricted as well as Matt Dembicki’s other projects! 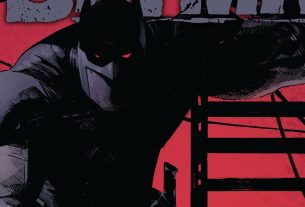 A Google-a-Day Puzzle for Sept. 22