Utilizing threaded forums for text-based posts, and a place to share images and maps, play-by-post gaming is an excellent way to get a daily dose of role-playing games without committing large blocks of time to the endeavor. Play-by-post (PbP) allows geographically as well as temporally disperse players to enjoy their favorite role-playing game while still meeting the daily demands of life.

Where Can You Find a Play-by-Post Game?

Since I’m primarily a Pathfinder player, the Paizo message boards are perfect for my play-by-post gaming. There are a large number of Pathfinder Society organized play (PFS) sessions available to join, as well as other games ranging from Pathfinder campaigns, to Numenera, and D&D. The Paizo board’s HTML style formatting allow text spoken by character, as well as out of character text, to stand out from actions and character thoughts. Spoiler tags are available to hide text from players that shouldn’t read it, or to limit the distraction of large blocks of dice-rolling in the thread. The Paizo board also includes a built-in dice roller. Writing the following code [dice=Attack 1]1d20 +5[/dice] will generate a randomized d20+5 roll in the text.

There are other forums for play-by-post gaming such as rpol.net and myth-weavers.com but I have not used either of these sites, so cannot comment on the sites or the communities behind them.

If you play-by-post, please post your forum of choice in the comments.

The Advantages of Play-By-Post Gaming

While play-by-post can’t replace the experience of a group of people coming together and focusing on the game for a few hours, play-by-post has some serious advantages as well.

With play-by-post, I pop in when I can, read the latest posts, and then contribute my input, or actions. Posting once or twice a day is usually not a problem for me, and a post a day is usually the expectation in PbP groups. If a player is going to be unavailable they’ll usually request that the other players “bot” or post actions for their character until they return.

Because of the asynchronous form of play, play-by-post gives players and GMs alike the time to think about their responses. I appreciate the time to look up and confirm rules, for instance. In addition, this extra time to think through each turn also means I’ve seen some of the best role-playing from play-by-post players. You have the time to come up with the words you want your character to say, you can look up prior actions, or Pathfinder lore for your characters or the NPCs to reference. As a GM you can check and double check the scenario to ensure your NPCs are providing the characters with appropriate and interesting interactions, or utilizing all of their abilities.

It’s slow. Play-by-post takes about a week to get through what would be an hour of face-to-face gaming. You lose the ability to quickly discuss options or come up with a plan (which, really, is much more realistic). Something you might not expect, but is an occasional problem, is that players sometimes just disappear. You’ll be moving along and suddenly one of the players will quit posting. I guess this would be like a player that quits coming to your face-to-face games in a multi-session campaign, but I’ve never had this happen in a four-hour face-to-face PFS Session.

While I wouldn’t change a thing in my life, as an adult with adult obligations, and having kids with many needs and desires that aren’t roleplaying games, I don’t have the opportunity to sit down for face-to-face RPG sessions near as much as I’d prefer. Virtual real-time gaming using video chat and online tools such as Roll20 make it easier to get a group together, and that is another whole post, but for me, setting aside a few hours dedicated to gaming is still problematic. Heck, I’ve been in the Edge of the Empire GeekDad/GeekMom RPG group for months now, and have yet to make it to a single virtual session. PbP allows me to stay home, and not tie myself to any specific time for gaming.

I’m currently playing two Pathfinder Society play-by-post games online. Pathfinder Society is a good way to go as each scenario is intended for around four hours of play, so you’re done with a commitment in 3–5 weeks of online PbP gaming, whereas a campaign would likely go on for years. With a longer commitment you are more likely to see players disappear.

While I’ve played with many different groups, often with mostly different people for each PFS scenario, I’ve been playing with the same two groups online for around a year now, playing through Pathfinder’s Emerald Spire, as well as trying to play through much of PFS Season 5. In this PFS campaign we’re taking turns GMing and I just finished my first session as game master via play-by-post. I’ve always been apprehensive to GM PFS because of the amount of rules-knowledge you must be fluent with to make a face-to-face game run smoothly, but online I had the time to look up rules before making a post.

I had a great time GMing, and now plan to GM a run-through of a few episodes from each Pathfinder Society Season to get a feel for the overarching PFS story. More ambitiously, I also plan to run Curse of the Crimson Throne. Again, I don’t game face-to-face much and I’m already playing Carrion Crown and GMing Rise of the Runelords with my family. We won’t be done with these for years. After reviewing the Curse of the Crimson Throne hardcover for GeekDad I was excited to run the Adventure Path, but if I wait for time for a face-to-face game it will be years from now. Play-by-post will allow me to play this campaign, and really, at a post a day, I’m likely to finish an Adventure Path online before I finish the face-to-face ones. I figure it’ll take at least two years, that’s at least how long we’ve been playing Carrion Crown and we’ve just hit book three! Humorously, my oldest son is interested in this PbP game, so I might be playing with one member that’s right in my house.

One of the trickier bits for you will be getting into the first game. Watch the recruitment boards (like Paizo’s here) and if you see a post about a game that interests you, jump in quick. It’s smart to have some character builds ready, but be sure to look at the requirements the GM is asking for: sometimes backstory is important, sometimes there are specific restrictions on character builds. The main thing is to stay on top of the recruitment, and be willing to try and try again. Don’t feel bad if you’re not accepted into a game, just be aware that there are a ton more players looking for games than there are GMs to run them.

Once you’re in a game there’s some guidance you should follow. I’ve read and follow much of Paizo forum member Painlord’s advice, both on how to better participate in play-by-post gaming as well as how to be a better and more prepared Pathfinder Society player able to carry my weight in a party. One of the key points he discusses for PbP is that it’s important that when you post you should be sure to “push the action forward.”

“This is the most important thing you can do as a PbP player. It’s not about posting often or quickly, it’s about doing stuff when you post. It’s about pushing your character’s involvement in the story forward. Whenever you can, push the action, push the direction, push the party along. PbP is already a slow format, so try to make it better by pushing while giving others a chance to respond, of course. To reiterate: it’s not the frequency of your posts, but what actions you take through them.” – Painlord

Check out his other recommendations in his post. Another thing to remember when posting is discussed in the comments to his post. Often, a few people will post their actions before the GM will have a chance to respond, so it’s important to post with contingencies in mind. “I’ll attack X, but if he’s down then instead I do Y.” or “I search the door for traps and if I find one here’s a disable device roll, once the door is clear, I ready my bow and open the door.” By doing this you change what may have been a few posts and a few days into one post and one day before you’re through the door.

Get in There and Game!

Play-by-post is a great way to get in some role-playing. If you can’t find, or don’t have the time for an ongoing face-to-face game, or just want to play some other scenarios while also playing face-to-face, play-by-post is a fulfilling alternative. While communication is a little trickier, and the game runs slowly, it allows you to play a great game daily, brings together people separated by both time and space, and due to the flexibility in how long you have available to post, allows greater opportunity for role-play, and checking rules or lore. There’s really no excuse to not get in there and start gaming!

Prepared for Zombies? Then British Columbia Thinks You’re Ready for Anything 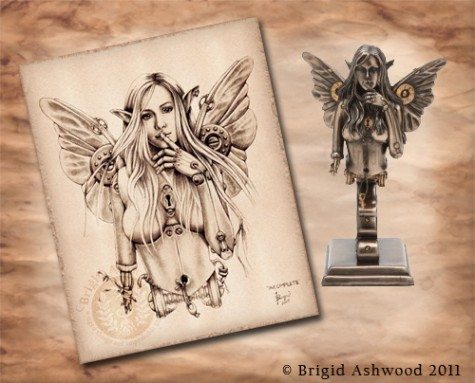 Holiday Baking for Geeks #3: The Cake Is a Pie