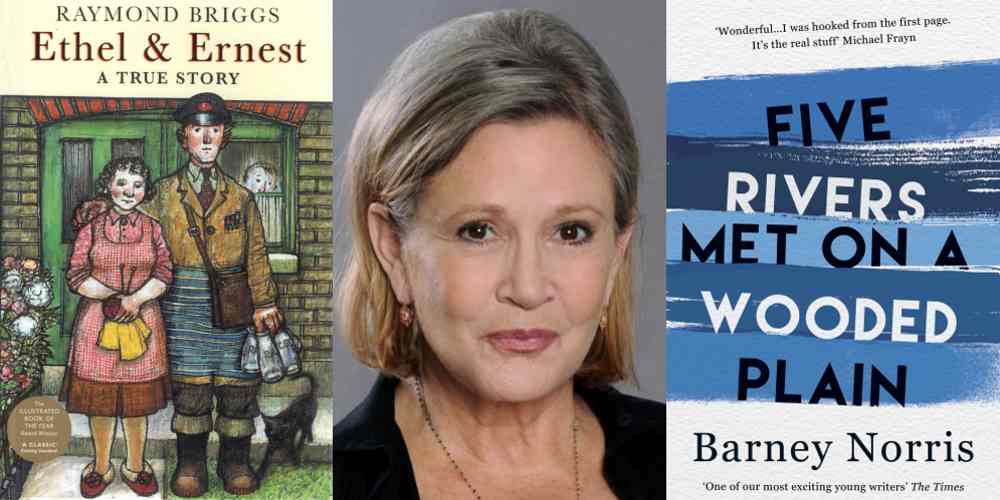 You probably noticed that lots of famous people died during 2016. I know for many this has been a deeply affecting experience. Bowie, Prince, and George Michael (among many others) meant so much to so many, for so many reasons. For me, who as a youngster found pop music boring, their passing was notable, but not exceptional.

The tail end of the year also saw the passing of Carrie Fisher, one of the cornerstones of geekdom. Princess or General – Leia and Carrie touched people across the globe, and will be sadly missed by geeks everywhere. Leia was ever present in my Star Wars imaginings as a child, both when I hoped to win the Princess’s heart and when I struggled to overcome the Empire, with my plucky band of rebels (all made from plastic by Palitoy). Yet, whilst saddened by the news – it has not left me bereft.

For whatever reason, I’ve never connected much beyond a superficial level with anybody famous (unlike Jules, with this deeply personal connection with Carrie Fisher). These days, this almost makes me feel like there’s something wrong with me. Why can’t I be sadder? Yet I can’t shake the feeling that, whilst any death is sad, no matter how much I liked their work, I didn’t know these people. They did not know me. I’m saddened, but unmoved.

From a cursory glance at my social media feeds, two parties seem to be emerging. One, much the largest, decries 2016 as an implacable killer. The other, points out that 2016 is an arbitrary demarcation and, that these people were old(ish), often with unhealthy lifestyles. The fact they’ve started dying close together is a logical inevitability.  I have sympathy with both perspectives.

If all the deaths in 2016 are telling me anything, they’re telling me that I am getting older. Right now, it’s the art-makers and the news-breakers from my childhood who are dying. It’s only a matter of time before it moves onto family, friends, and eventually, me. 2016 has reminded me that, as one of my favorite icons sings in “Atlantic City,” “Everything dies, baby, that’s a fact.”

Despite not being too affected by an individual celebrity death in 2016, the year’s relentless snuffing out of the bright and famous has softened me up and left me vulnerable. This allowed to two prosaic and quintessentially British bits of media to tip me over the edge during the festive period.

During the shadowy nothing days between Christmas and New Year – the ones where you have no idea what time it is, or even which day it is – the BBC showed an animated adaptation of Raymond Briggs’ Ethel and Ernest.

Briggs has been making Brits snivel into their Christmas pudding for decades, with annual repeat runnings of the animated short, The Snowman, adapted from his classic 1978 book of the same name. Ethel and Ernest is a biography of Briggs’ parents, delivered using the same iconic graphic artistry as his children’s books.

It details the meeting of his parents in the years between the wars and their frugal but comfortable lives together. It shows how Raymond was evacuated during World War II and how two thoroughly decent people brought up their son, who would turn out to have a very different skillset and aspirations to his parents. The film goes right up to their deaths, within weeks of each other.

There are a number of reasons Ethel and Ernest struck a chord. It is brilliant film-making; a simple but emotional tale, with an inevitable but devastating conclusion. It also had great personal resonance. Ethel and Ernest Briggs were very similar to my own grandparents. They lived in a similar part of London and had comparable upbringings and outlooks on life. Ernest Briggs was a milkman, just like my grandfather and my dad went to grammar school where he too carried his parents’ aspirations.

The film goes on to show the tussle between familial bonds and the need for one’s children to forge their own path. My children are still young, but as my oldest heads towards being a teenager, he is already moving out from our shadow to stand in the light on his own.

I too stand where Raymond did in 1970 (his parents died in 1971). One of the aspects Ethel and Ernest caught achingly well was the lingering of the final years, when one’s opportunity to leave a mark has been and gone. Health declines and a long lonely sleep beckons. My parents are now in their 70s. My dad has Parkinson’s and my Mum this week has had tests for something that may be nothing or may turn out sinister and deadly. Watching Raymond being torn between his own life and the pain of seeing his parents decline was almost too much to bear. 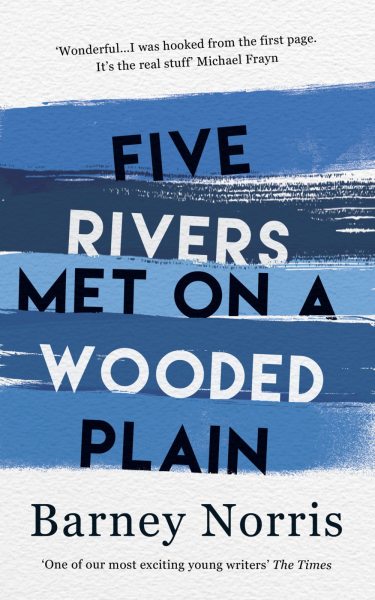 Coincidentally, I’ve been reading a book that dovetails neatly with Ethel and Ernest. A debut novel, Five Rivers Met on a Wooded Plain – a deeply evocative title – is set in the UK, in the provincial city of Salisbury, famous for its spire and proximity to Stonehenge. Author Barney Norris has a deft literary hand that belies his age (28). His story focuses on five ordinary people in an ordinary British city and examines the mundane trials of modern life. There is nothing sensational here, just ordinary people living. All of them could be Ethel or Ernest.

Through viewing the same streets through five different pairs of eyes, Norris manages to capture the stages of adulthood, from adolescence up to our final years. His novel ruminates on the inevitability of death, and its profound effect on those who still live, whether it be the loss of a parent, a friend, a spouse, or even a stranger. Like Ethel and Ernest, the book examines the fragility of the bond between parent and child – the inherent sadness of the child growing away from the parent.

“I hate the fact that mothering isn’t just one thing you can get good at and keep improving, but a thousand relationships you have one day after another as your child goes through the shapeshifting process of becoming himself.”

After an odd opening stanza, Norris’ writing is magnificent. Wooded Plain is a deeply moving novel that announces an author with a glittering career ahead of him.

As I sat reading Five Rivers Met on a Wooded Plain, on New Year’s Eve, with the echoes of the death of Carrie Fisher intermingling with the resonance of Ethel and Ernest, I found myself contemplating what my New Year’s Resolutions should be.

If 2016 has taught me anything it’s that life is fleeting. What then, makes for a worthwhile resolution against this backdrop? The usual fallbacks of eating less, reading more, writing more, and playing more games seem redundant. What difference will they make?

I stand caught between my children and my parents, trying to work out who needs my help most. Should my resolutions encompass them? My relationship with both could undoubtedly do with an overhaul, but, probably, my viewpoint should go further than that.

“To use my life as a way of arguing that people should tell stories to each other, share their lives and care about each other. That would have been my kind of politics.” (From Five Rivers Met on a Wooded Plain.)

If I’ve taken anything from Norris and Briggs it’s that kindness and compassion are what’s key to finding something close to contentment. On the face of it, these things are out of vogue in 2016. Selfishness and isolation seem to have taken a grip of the world, or at least the parts I inhabit, but that isn’t the full picture. You might have to look a little harder, thanks to the world’s media building walls between us, but stories of hope and kindness are there. If you don’t believe me start with this post by Col. Chris Hadfield.

All this is a rambling and fragmented way of saying that my 2017 resolution is to be kinder to be people. To look for the best in things, rather than the worst. To be hopeful rather than despairing. To listen rather than assume. Our time here is too short to spend it being mean-spirited or hoarding what we have. The world may feel like an evil galactic empire, but hope and perseverance can win the day. Carrie Fisher may have passed on, but each of us, in our own small way, can still be Princess Leia. This doesn’t have to be a loud rebellion; a quiet one filled with compassion and kindness is a very good place to start.

News From the College of Farts & Sciences