All four DC Comics series on The CW returned from the mid-season break last week. Our GeekDad contributors took to the GeekDad Facebook page to break down the episodes. Let’s dive into the relevant talking points below in our weekly DC on The CW recap below. 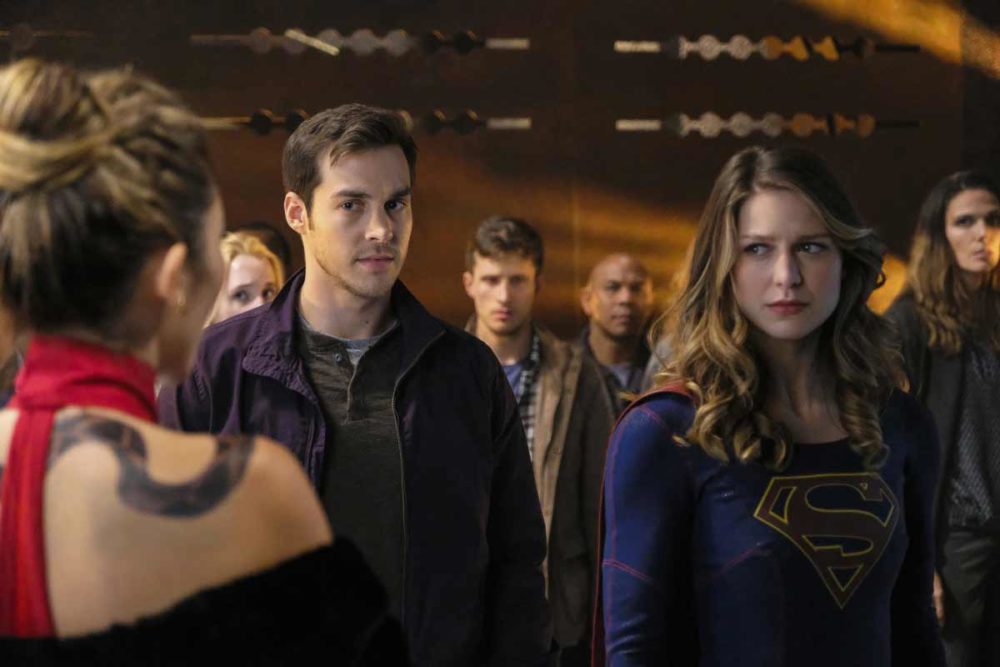 Supergirl, Episode 2.09, “Supergirl Lives”
This week’s episode marks the debut of director Kevin Smith on Supergirl. To commemorate the occasion, the episode title is a nod to the ill-fated script that Smith submitted for the non-starter  Superman movie by director Tim Burton.

Joey: Well, hey, there’s Harley Smith. Just need a Jason Mewes cameo. Seriously, Mewes has to harbor a little bit of a grudge toward Harley, right? I mean, it used to be that Kevin Smith always shoehorned Mewes into his work, but starting with Tusk, Harley has been the go-to cameo.

Lisa H: Wait, wasn’t this a Buffy episode? The one where she went to Hell?

Corrina: Yep. When she was “Anne”.

Lisa H: Still hating on the whole Jimmy Olsen as the guardian thing. Especially since it got Winn hurt! Also… Jimmy needs to hush. Isn’t he supposed to be running things?

Corrina: So… can we call Mon-El “PrinceBro” now instead of “SpaceBro?”

Lisa H: Hmm…I kinda like “SpaceBro.” But I’ll go with majority rules. Wait. Why is a dominator bowing to SpaceBro?

Joey: So, the Dominators exist in both worlds.

Lisa H: Fun fact. Murder Castle was the name of the hotel where the first serial killer lived in Chicago.

Corrina: I just saw that on Timeless! (Also, I read the Devil & the White City).

Lisa H: Actually working on a docudrama about it.

Lisa H: Winn is on my wavelength! “Oh my god it’s a Stargate!” Loving all of Winn and his geek references! “I am not a red shirt!”

Corrina: Can we agree that it was a bad idea to ask the traumatized tech guy with minor fighting skills to watch the Stargate alone?

Lisa: DOES NO ONE KNOW HOW TO KEEP A SECRET???

Corrina: No. No one has a secret ID, really.

Joey: As opposed to everyone shouting “Barry!” whenever The Flash is onscreen, right? At least Team Arrow uses code names over the air.

Lisa H: It’s a HUGE pet peeve of mine in the Flarrowverse.

Corrina: And, yes, Alex is adorable in love. 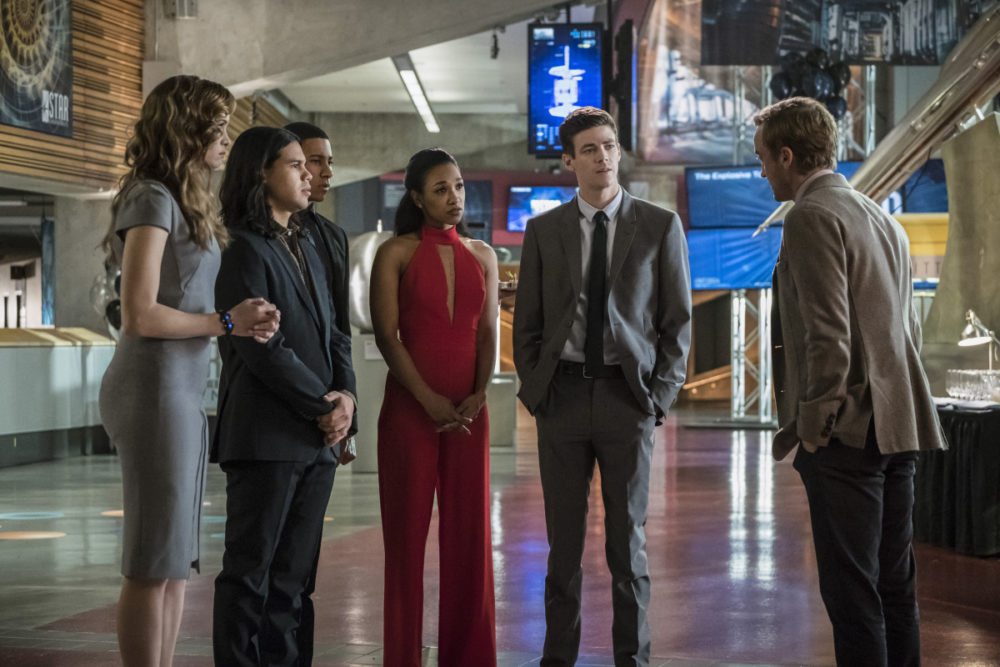 The Flash, Episode 3.10, “Borrowing Problems from the Future”

Joey: Anyone want to wager whether Barry is the one who sets Savitar free? I’m thinking he goes into the speed force and retrieves the box, opens it just a crack in order to peek inside to make sure Savitar is still in there, and accidentally lets Savitar loose. I think HipsteR Wells just threw the same theory out there… that by trying to stop the future, Barry is in fact creating/cementing said future.

That, or it’s Draco. They’re way too trusting of Draco. Particularly if he’s the one who is supposed to be helping Caitlin, who in some version of the future goes full-on Killer Frost, and was told the last time she was getting frosty that Savitar has big plans for her. Hmm… maybe she’s the one who frees Savitar.

Joey: I love that holo-Cisco has such a love for scIEnce.

Corrina: They’re toasting Barry & Iris at the end? Are they trying to make it blindingly obvious that Iris will die to fake us out? 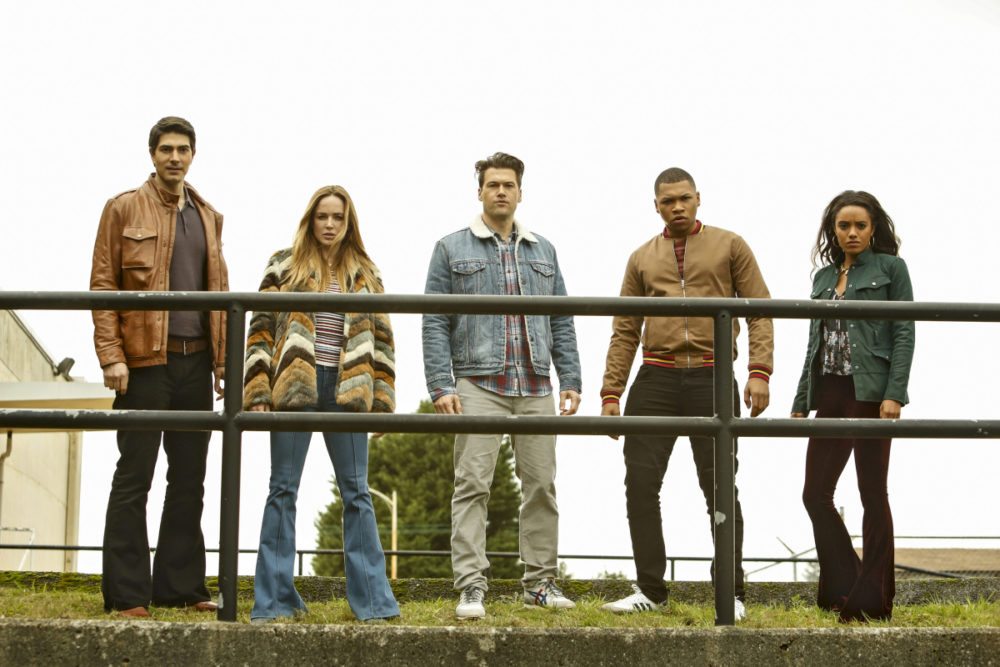 Legends of Tomorrow, Episode 2.09, “Raiders of the Lost Art”

Corrina: Irrelevant detail: this is the second time Caity Lotz has been in Los Angeles in the late 1960s–the first time being as Anna Draper’s niece in Mad Men.

Joey: But can they save us from the Special Editions? And the Blu Ray Edition? Someone should have edited in a “Nooooooo!” in the scene where George quit film school.

Corrina: Before we talk about George Lucas, I want to state, for the record, that Damian and Merlin in the elevator cracked me up.

Joey: Yes. Oh, God, yes. In fact, that shot could have lasted a couple of beats longer, with them just standing there riding the elevator.

Lisa H: Anyone else interested in an odd couple spin off with Damian Dahrk and Malcolm Merlyn?

Corrina: But, natch, it has its flaws, despite the fun of Lucasfilm references. One, Vixen gets jobbed all the time. Two, why doesn’t someone take a gun and shot Merlin and Damian. Jax tried but that was lame. I guess I’m just tired of these fight sequences over and over that basically lead nowhere.

Corrina: “Brain surgery, what else?” I like this cast so much better than any other CW superhero cast. Yes, even Supergirl. They need more snark on Supergirl. “Skirt, call me.”

Joey: I don’t know. I kind of like that each show has its own tone. Supergirl is sappy-sweet. The Flash… well, it’s a bit tone deaf right now. Legends is having fun being the non-traditional, snarky heroes story. Arrow is So. Much. Angst. I like neapolitan on occasion, but I’d prefer to have just chocolate when I feel like chocolate, just vanilla when I’m feeling vanilla, and strawberry when I’m jonesing for strawberry. 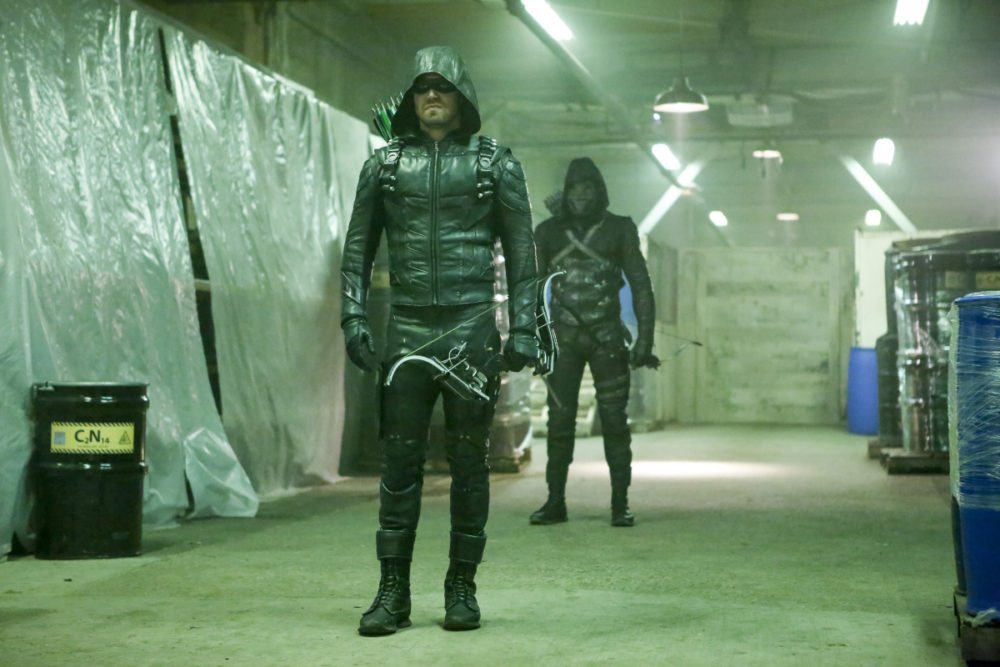 Joey: Team Arrow certainly knows how to throw a party!

Joey: Who is this? I thought Felicity was going to be the next Canary…

Corrina:
::checks recap for answer behind return of real Black Canary::
::finds out it was the expected fake-out::
::resumes not watching Arrow::

Joey: That wasn’t just the weakest episode of the four series this week, but a pretty sub-par episode of Arrow overall. Four and a half seasons, and Oliver still hasn’t learned anything or progressed beyond the vigilante he was in the pilot episode. Why am I still watching Arrow? Hopefully they’ll remind me during the rest of this season. I’ve nearly given up on this show before, but so help me…

Do you watch any number of DC on The CW shows? Have you ever considered contributing to the discussion? Have you ever wanted to see your name in an article here on GeekDad? Join us this week as we discuss these four shows on the GeekDad Facebook page. A new post will go up on the Facebook page two hours before a new episode of one of these shows air (that’s 6:00 pm Eastern for all but Legends, which will go up at 7:00 pm Eastern). Join us there by adding your comments to those Facebook posts and your comment(s) may be selected to be added to next week’s recap!

GeekDad Puzzle of the Week: Cent Sense Percent Per Cent 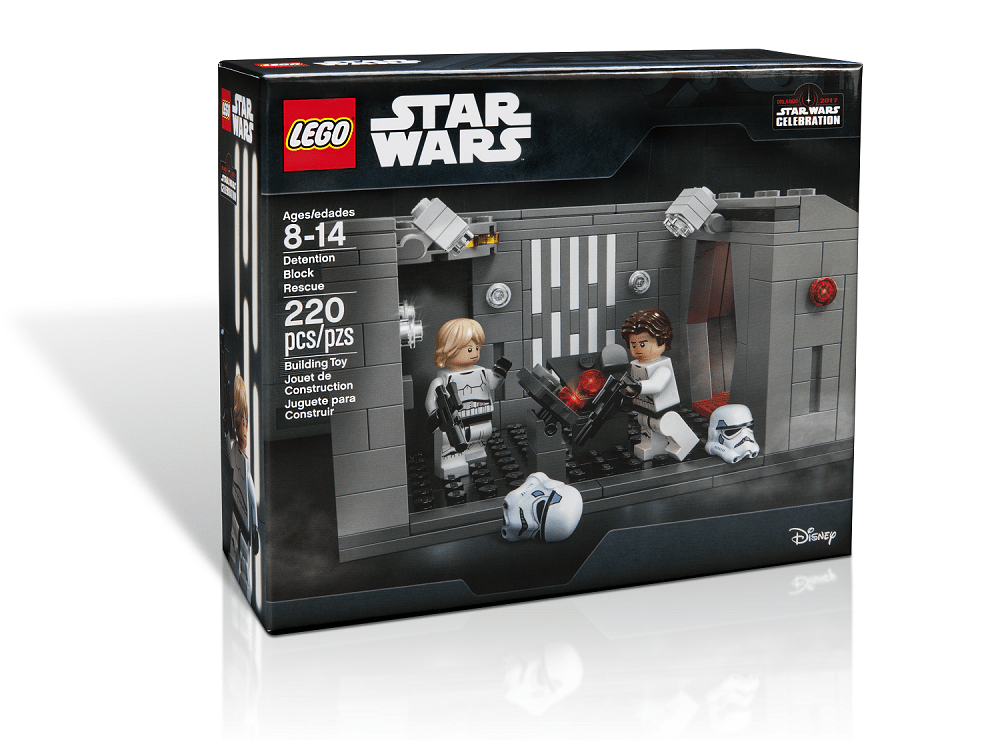