Well, here we are in 2017. A lot has happened since the last edition of Between the Bookends. We’ve celebrated the holidays, rung in a new year, and said goodbye to yet more beloved stars. Yet with a new year comes new beginnings, as always, and while we may be awaiting some of the things this year has to offer more eagerly than others, there’s nothing better to wait with than a good book. This month, Sophie has been reading the latest from the X-Files universe and the memoirs of a much-missed heroine, Lisa was thrilled to receive the diaries of a different yet equally adored hero, and Shiri delved deep into hard sci-fi and sweeping fantasy. See you next month!

One of Sophie’s reading prompts for 2017 is, “a book about an interesting woman”, which is one of many reasons why she picked up Carrie’s Fisher’s latest, and last memoir – The Princess Diarist. The book was a much harder read than she anticipated, mostly thanks to Carrie’s frequent allusions to her own mortality throughout. Reading her glibly comment on how her death will be “worth something to some people” as it will increase the value of her autographs is pretty tough material to come across less than a month after her passing.

Having never read one of Fisher’s books before, Sophie can’t say whether this one is unique, but she was shocked at how raw the contents were. Carrie’s emotions are laid bare for us all to pick through in a way that could seem crude and voyeuristic if the contents were not being freely shared by the woman herself. Divided into three parts, the middle section contains extracts from Carrie’s personal diaries written during the filming of the original Star Wars movie during 1976, bookended by more recent writing about wrestling with her own identity versus that of Leia, the nature of fame and celebrity, and thoughts on fans. The diary extracts mostly focus on her affair with Harrison Ford, something her nineteen-year-old self clearly struggled to define. These sections are especially gut-wrenching, mixing poetry with occasionally rambling but always frank discourses about who she is and who she becomes around this overwhelming man, paraphrasing Blanche DuBois and capturing something of that fictional yet tragic figure in herself.

Sophie is happy to have read the book and plans to read more of Fisher’s work in the future, but it will take a while for her to process this one.

Sophie’s seven-year-old son recently became obsessed with The Nightmare Before Christmas thanks to an in-game event on Disney Magic Kingdoms, which is why the two of them read the manga edition of the film adapted by Jun Asuka together over Christmas. Sophie wasn’t hugely impressed by the book, she’s not a manga reader nor a particularly big fan of the film itself (Zero the ghost dog notwithstanding) but her son did enjoy experiencing the story in a new format. He was surprised to learn that manga is read “backward” (i.e. from right to left), which he initially struggled with, but soon was reading without issue, and Sophie was happy to see him reading something in a brand new style.

Sophie did find herself impressed by the artwork in the book which really captured the look of the original film. For fans of the genre, this is a fantastic marriage between a visual medium and a film that excels in that stark, black and white style, but it wasn’t enough to win Sophie over and she doubts she’ll be picking up any more manga in the near-future.

Sophie also read the latest additions to the X-Files novel collection, two young adult titles focusing on Mulder and Scully as teens. Agent of Chaos by Kami Garcia features a seventeen-year-old Fox Mulder teaming up with friends to investigate the links between a spate of local murders, a number of child abductions, and possibly his own sister’s disappearance – all of which seem to be somehow tied to the 1965 novel Storm Bringer by Michael Moorcock.

Meanwhile, in Jonathan Maberry’s Devil’s Advocate, a fifteen-year-old Dana Scully finds herself linked to the deaths of several teens at her high school when she begins to have visions of a “dark angel”. Although officially recorded as car crashes, young Dana and her friends soon begin to suspect that there is more to these deaths than meets the eye, attracting the attention of the secret government forces monitoring the small town she has recently moved to.

Sophie wrote more in-depths reviews for both titles earlier this month, but wouldn’t hesitate to recommend them again. 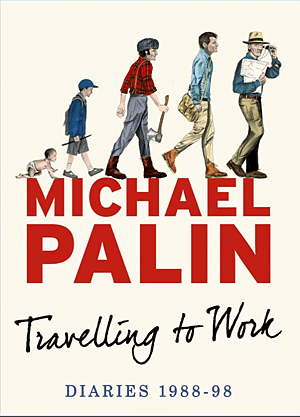 Lisa, who normally avoids “celebrity memoirs,” was thrilled to receive a signed copy of Travelling to Work: Diaries 1988-98, Michael Palin’s third and final volume of his Michael Palin Diaries. Not only is Palin her favorite member of Monty Python’s Flying Circus, but she enjoyed his travel adventures even more. However, don’t expect Travelling to Work to be an omnibus of his journals from his Palin’s Travels series. Instead, this is a continuation of his strait-forward, sometimes amusing, daily jottings: “(Booked at a) restaurant…which, ominously promises ‘eclectic gourmet dining.’ The word gourmet frightens me enough — God knows what the eclectic will involve.”

Palin isn’t the only Python to have written a worthy collection of memoirs and fiction, but there is something so genuine, so sincere in Palin’s words, which seem to connect so well the reader. Whereas writings by some seem to say “let me entertain you,” or “let me inform you,” Palin’s diaries politely ask the reader to sit down and have a casual conversation about his daily activities and observations. It is not always pleasant. Palin’s brief account of visiting his older sister’s grave for the first time in the nearly ten years since her death was just one of the passages that made Lisa feel like she was awkwardly hanging out someplace she probably shouldn’t have been. Other times, however, she felt very welcome indeed.

Palin is often known for being the “nice” member of Python, but this doesn’t mean he is unrealistically optimistic. There is plenty of self-doubt and sadness there. After spending ten years with him through this last volume of Diaries, it is hard not to appreciate the simple yet heartfelt words of a brilliant, down-to-earth man who is always receptive of what adventures lay ahead over the next horizon.

Shiri’s reading time was a bit short this month but she did manage to get in next entries in a couple of her favorite series before the New Year’s bell rang. First was book two of Rhonda Mason’s The Empress Game trilogy, Cloak of War. The basics: Kayla Reinumon, princess of the Wyrd empire and psychically linked bodyguard to the heir apparent, has been in hiding since the Sakien Empire invaded her home world and slaughtered most of her family. The few who remain, besides Kayla and her youngest brother, have been taken prisoner by a scientist attempting to harness their psychic abilities and give said abilities to the enemy Sakiens. Kayla’s alter ego, the successful pit fighter Shadow Panthe, is contracted to make certain Isonde, a powerful princess in her own right and beloved of the future emperor, is victorious in the Empress Game, which will grant Isonde the right to the Sakien throne. Of course, it can’t possibly be easy and Kayla, who agrees for the sake of her brother and her people, is pulled back into the world of intergalactic politics very much against her will.

In the second volume, Cloak of War, there are more intricate and subtle intrigues afoot, which Shiri wasn’t entirely expecting and to which her brain needed a moment to adjust, though once it did, her devouring of Cloak of War was thorough and complete. Shiri enjoyed seeing different aspects of the characters who survived The Empress Games and seeing their growth as people, politicians, and rebels. There were a fair few twists Shiri wasn’t expecting and she is now left hold her breath until book three, Exile’s Throne, is released August 15th of this year.

Which series is still getting better by book six? The Expanse, people. Shiri believes The Expanse to be a rare beast in that the more there is, the more intense and amazing the whole becomes. Most series are limping along at best by the third or fourth volume, and by six, the majority, if they’re still going, need to die quickly to save readers from glassy-eyed, “but I’ve come this far” -ness.

Babylon’s Ashes is diametrically opposed to, well, that, bringing more depth to The Expanse universe, more fine detail to the characters, and even more exploration of humanity’s incredible strengths and tragic weaknesses. Combined author James S.A. Corey (Daniel Abraham and Ty Franck) continues to expand and explore the world that brought Shiri back to hard sci-fi after a lengthy absence and with each volume of The Expanse, she feels she owes them an even greater debt. Shiri was also thrilled to find that Bobbie Draper, one of her a time favorite literary characters of all-time, makes a full return to the crew of the Rocinante in Babylon’s Ashes and Shiri hopes, this time, it’s for good because there will never be such thing as too much Bobbie Draper. Bring on book seven, lads. Quick like. Please, and thank you.

GeekMom received some titles in this collection for review purposes. 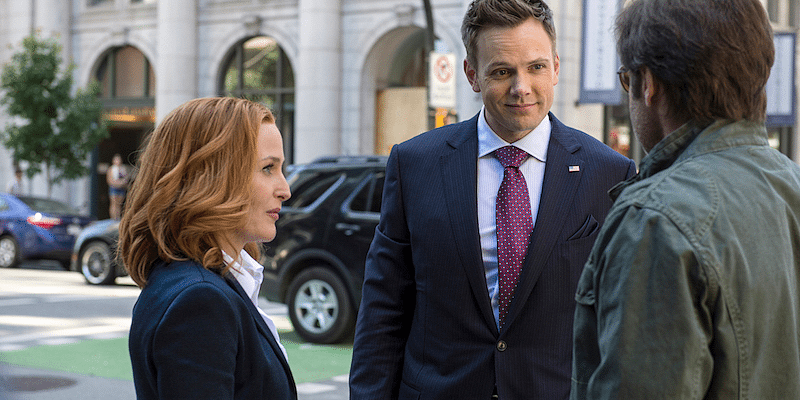