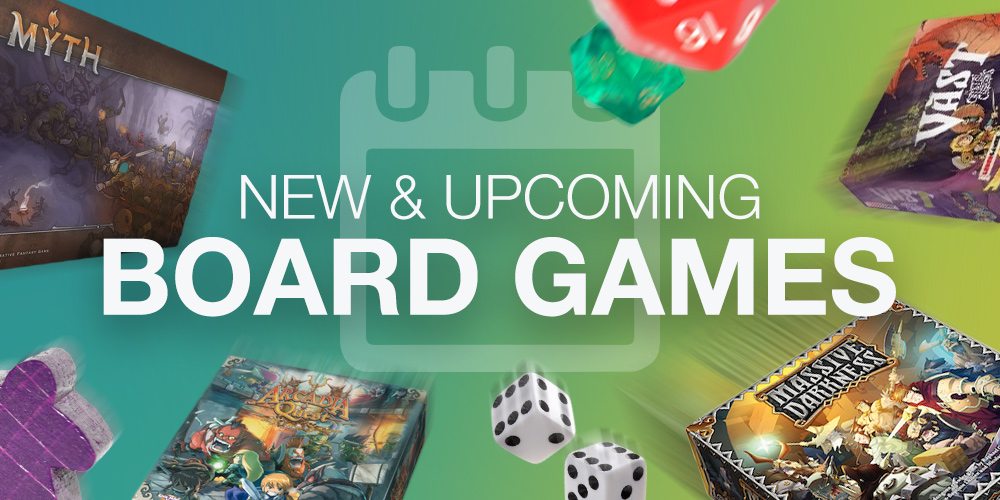 [Every month, our sponsoring partners at BoardGamePrices.com bring us their top picks for upcoming board game releases.]

Price: ~$6 according to BoardGamePrices.com

Play out the Cuban Missile Crisis in 13 minutes.

Play as either Kennedy or Khruschev in this tiny card game as you try and avert all-out war. The battlegrounds change as you play each card, but the stakes rise ever higher. The world is watching; who will blink first?

Anansi and the Box of Stories

A trick taking game where the players are animals trying to outwit each other in each trick. 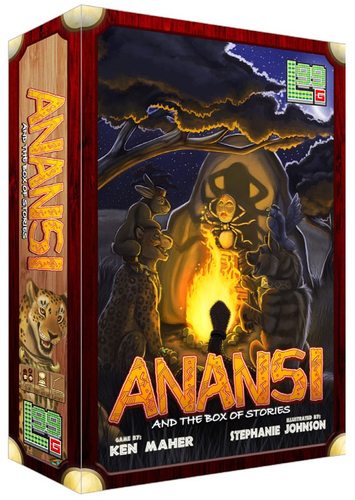 All stories belong to Anansi, so it is said, and Anansi is tricksy indeed; but sometimes his trickery can backfire. Can you use your cunning to take control of the narrative and outfox the tricksters?

Dungeons & Dragons: Assault of the Giants

Price: ~$55 according to BoardGamePrices.com

Giants battling amongst tremendous landscapes – Assault of the Giants features four to five inch tall miniatures duking it out over the board.

Command the titular giants and take on your opponent’s settlements, grab their resources – or just take part in the simple joy of pitting huge warring giants against each other.

End of the Line

Price: ~$50 according to BoardGamePrices.com

“A game of post-apocalyptic family survival” reads the tagline, and who are we to argue?

A worker placement game where things are always going wrong, mom, dad, boy, girl, and dog have to get all the resources a post-apocalyptic nuclear family needs – by standing in line. Yes. Nothing bad has ever happened to anyone standing in a line. Nope. Never.

Utterly terrifying. Completely harmless. Isle of Monsters is a family-friendly game of set collection and resource gathering with gorgeous illustration and a quirky theme. 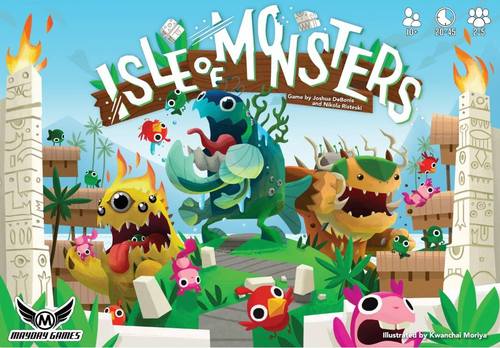 On the island of Nowhere Atoll, cute (but terrifying) monsters roam the island, looking for their favorite food – and you’re going to help them compete in the Scare Faire. Most scream points wins!

Price ~$15 according to BoardGamePrices.com

A small box expansion for Legendary, the 12th expansion for the deck building game of superheroes brings new Heroes, Schemes, and Villains in a whole new way.

“Mystery, secrets, and betrayal” promises the official description, and a universe where “superheroes are replaced by gritty stories.” Sign us up.

Price: ~$35 according to BoardGamePrices.com

Android: Netrunner Legacy. The cybernoir card game of hackers vs corporations unfolds its first narrative expansion, a game within the game of trying to solve a series of gruesome murders in New Angeles.

Apart from the campaign, the game also functions as a regular expansion: New cards for the Criminal, Shaper, Weyland, and Jinteki factions can be found int his box, completely separated from the campaign system.

The Force Awakens comes to X-Wing with the new wave of expansions. First up: The Upsilon shuttle, Kylo Ren’s preferred mode of transport.

Incredibly well armored and shielded and with posable wings, the Upsilon bristles with 15 ship upgrades – and you can have it piloted by Kylo himself.

Sabine’s TIE Fighter from Star Wars: Rebels has a distinct paint scheme to reflect its allegiance to the Rebel Alliance. Whether piloted by Ahsoka Tano or Sabine Wren herself, the modified fighter has a ton of new tricks.

Get Jyn Erso as a passenger or unleash Suppressive Fire on your enemies. Sabine’s TIE lets you run the iconic ship in your rebel fleet lists.

Better than a piece of garbage, the Quadjumper is a highly maneuverble Scum ship with the ability to fly backwards, barrel roll, and move at speed 1 – a perfect blocking ship to allow your other ships to maneuver into position.

Drop mines from the front of your ship or tractor beam your enemies in place – the Quadjumper is a sturdy workhorse that can (very slowly) turn the tides.