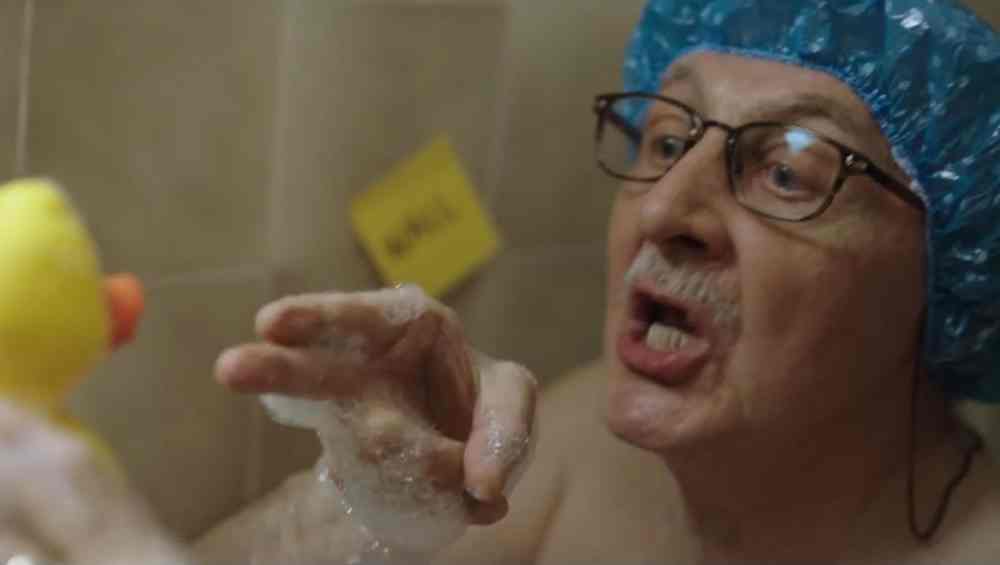 Warning: The above video contains an unexpected use of the F-Word.

You may have already seen it. As I write, over 7 million people have. A Polish TV commercial is causing floods of tears around the world. Here in the UK, producing the perfect advert has become as essential to Christmas as mince pies and turkey. The uncontested champions of the festive tear-fest have been retailers John Lewis. Now, in a move that readers of Britain’s right-wing newspaper headlines might recognize, the Poles are sending their adverts over here. And they’re doing it better than we are.

At the heart of this commercial, like all commercials, is a product. But this short video transcends marketing. In a year which has dealt shock after shock and left many of us reeling on the ropes, this advert leaves me hopeful and wistful in equal measure. It also made my eyes leak. At its heart, in this most divisive of years, the video gives truth to the late Jo Cox’s words that “we are far more united and have far more in common with each other than things that divide us.”

If you carry on reading past here, I’m going to assume you’ve watched the video–it’s not that long.

The story told in the commercial resonated with me on lots of levels. With my oldest child being 11, I don’t often think about generation Geek 3.0, but I do sometimes wonder where my children will end up once they’ve grown up. Where will they go? Will I see them? My own relationship with my mother is fractured, which brings me great sadness, but that is nothing compared with the thought that I might be at loggerheads with my own children. Of course, in this film, there is no emotional schism, just a parting through distance.

As a tribe, humanity is increasingly mobile. My children’s generation will hopefully be able to live and work anywhere on the globe. A truly exciting prospect. Yet, one that might mean I live far away from my grandchildren. The thought I might have to learn another language to speak to them is not a thought that has ever occurred to a (selfish) English speaker like me, but this video makes that prospect real.

A grandfather who wants to see his grandchild: a common motif the world over. Yet in the post-Brexit world, this video gains more emotional heft. The story is about a Pole who wants to come to Britain to see his family who are living here. The story of immigration has been told many times in the UK this year, often with much uglier intentions. Here we have a deeply human portrayal of the movement of people and the connection of families that shows how, at our core, we are essentially the same.

So, yes, this is a commercial. Its aim is to sell. It’s not a perfect rendition of the story (it seems odd the man had to find his own taxi–why didn’t his son pick him up?), but it is also a reminder of the importance of togetherness during the holiday season, whether it be with family or friends. It made me think of a line from one of my favorite Christmas stories, “What if Christmas, he thought, doesn’t come from a store. What if Christmas, perhaps, means a little bit more.”

Whatever you are doing during December, I hope you are able to spend some time with the ones you want to be with.

An Erector Set for Toddlers