Geek dad and artist Len Peralta‘s projects are many and varied, ranging from his Geek-A-Week card sets to book illustrations to comics and posters.

It’s saying something, then, that his latest work explores new territory for Len. 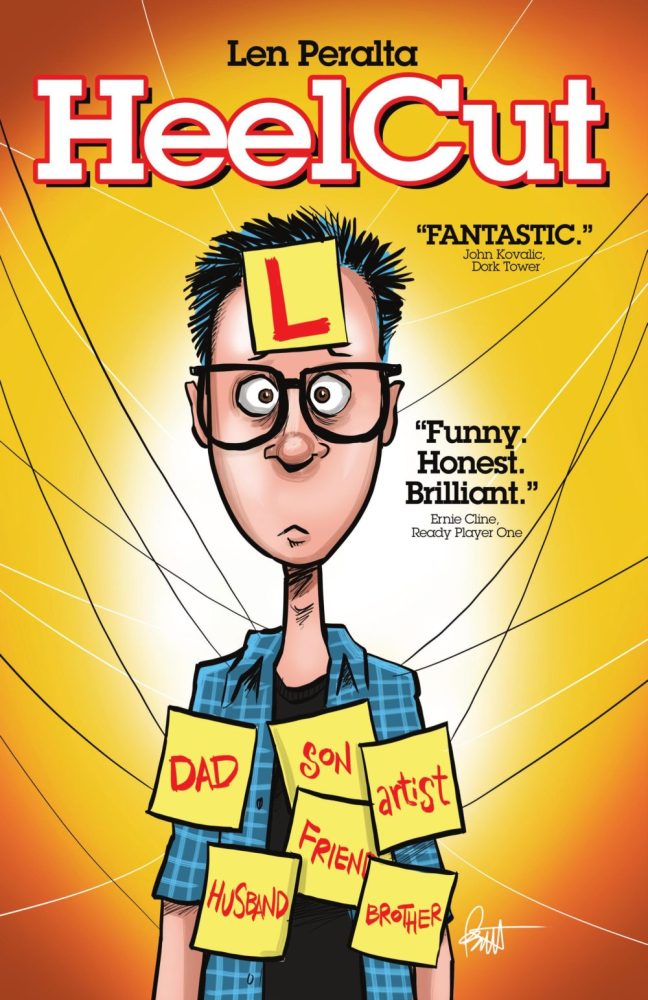 HeelCut is a 24-page autobiographical comic about geekdom, parenthood, creativity, and real life, told in a way that shares Len’s personal story while striking important and familiar chords. (For example: Timing-wise, this comic couldn’t have hit me at a better time – my wife and I had just gotten back from seeing our daughter’s first main-stage theatrical production in college, and then came Len’s comic with some echoes that had me thinking, “Oh, man, that’s it.“) 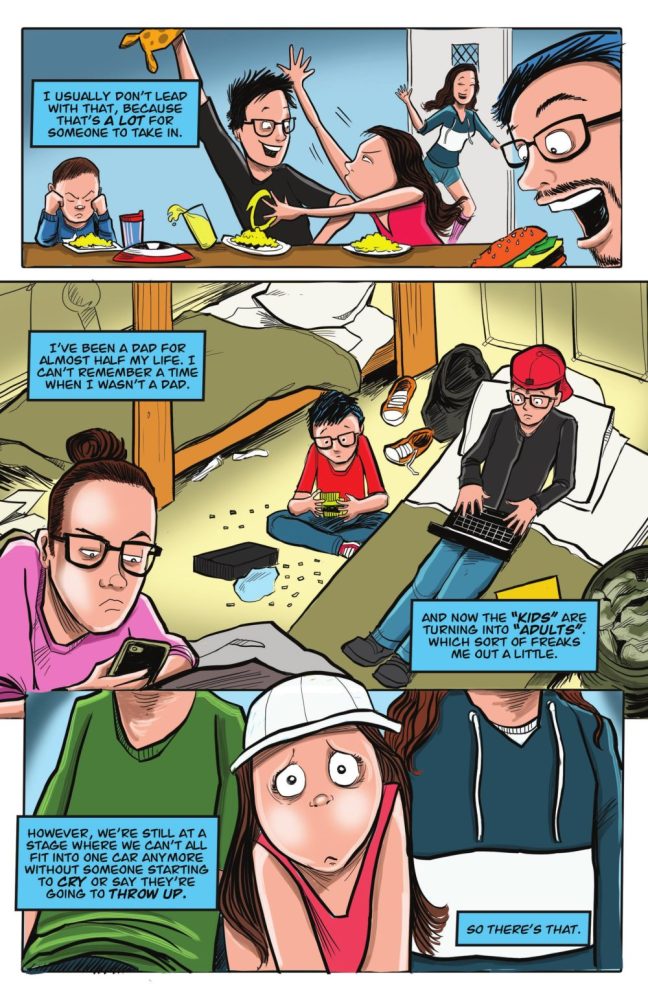 HeelCut is a short read, so I don’t want to give away more – but it’s a good one, and an honest one, and I hope the feedback Len is getting – note the cover blurbs from John Kovalic and Ernie Cline – means that there are more issues to come.