Today is International Cook With Your Kids Day. Check out all of the photos of our writers and their kids making the recipes we submitted. We hope you’re cooking along with us today!

Today my 11-year-old son and I decided to make some doughnuts. This isn’t a simple undertaking, since I don’t care for “open kettle”-style cooking most of the time. But today was a good day to do it–it was a cool morning, and we could open the windows and let the breeze through the house to keep my kitchen from smelling “fried.”

My goal is to teach all my kids to cook by the time they get to college. As I’ve explained to them, if they want to subsist on delivery pizza, they’re welcome to. But if they crave something more, they should be able to prepare a meal. Ideally, there’d be some formal plan involved, but I’m just not together enough to pull that off. Instead, when the hubby was invited out, we took turns heading to the kitchen and preparing our entries.

The rules are simple: use whatever you want, and make enough for three people to taste.

Next the 10 year-old went to the kitchen, and emerged 10 minutes later with three bacon pancakes (yup, they’re just what they sound like). The 12 year-old layered peanut butter and sliced bananas between two crackers, and topped with whipped cream (dessert, evidently). The 12 year-old then made his appetizer–a mango-peach salsa burrito (heated up tortilla, spread salsa, rolled it up). We finished off the meal with the 10 year-old’s Nutella banana chocolate chip crackers.

No, this may not count as fine dining, and we may have been a little on the lazy side, but they still felt some ownership over the process in the kitchen. Sure, there’s some cleanup involved, but it was totally worth it. 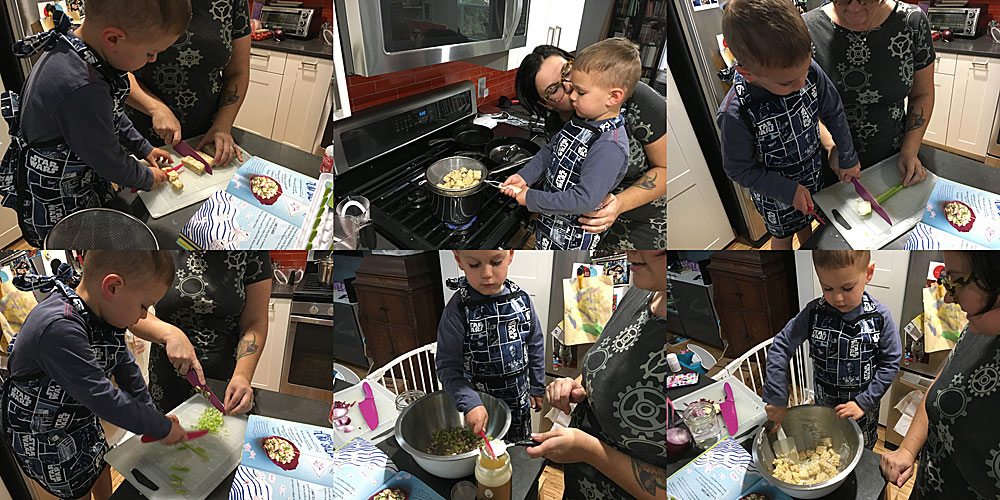 We love The Help Yourself Cookbook by Ruby Roth because the recipes are not only healthy and vegan, but they are all geared towards teaching kids the basic skills they need in the kitchen and can be made with varying degrees of parental support. The pretend tuna salad we made actually didn’t taste anything like tuna, which was good because none of us likes tuna, but it was the perfect flavor, texture, and consistency to eat like tuna – on bread, on crackers, or in a tortilla (we had ours in a tortilla, while the boy had his with bread).

Sean and his kids, Elliott (two-years-old) and Lilly (five-years-old), made Dad’s Chocolate Chip Cookies together.

It doesn’t matter what the Universe throws at us, I know at least one of our spawnlings loves me–the one who made me Lava Candy!

Today’s tasty experiment is brought to you by Nefarious, our budding chemist/astrophysicist/mechanic. He wanted a Chemistry kit for his birthday. When the spawnlings’ godfather turned up, Nefarious was absolutely thrilled to have a real life chemist in the Lair and asked to bring out the kit. EG Tenacious willingly agreed; which is yet another reason why he (and his amazing partner EG Sinful) are the perfect guardians for our spawnlings, if something were to befall us. 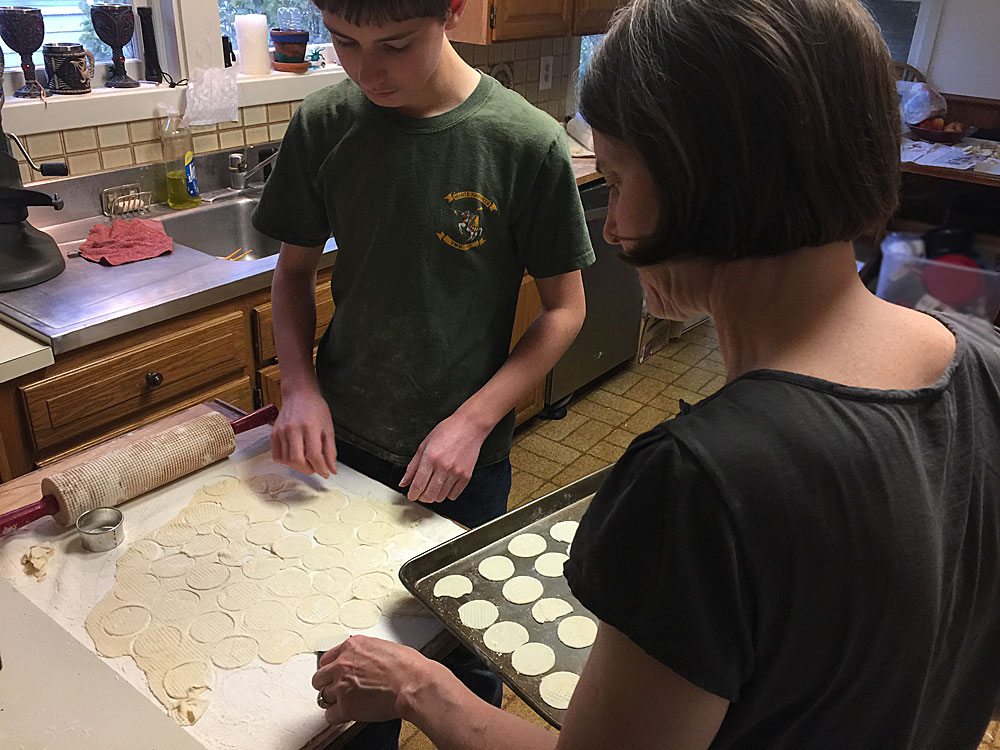 Ryan Hiller and his family made Swedish Thin Bread. 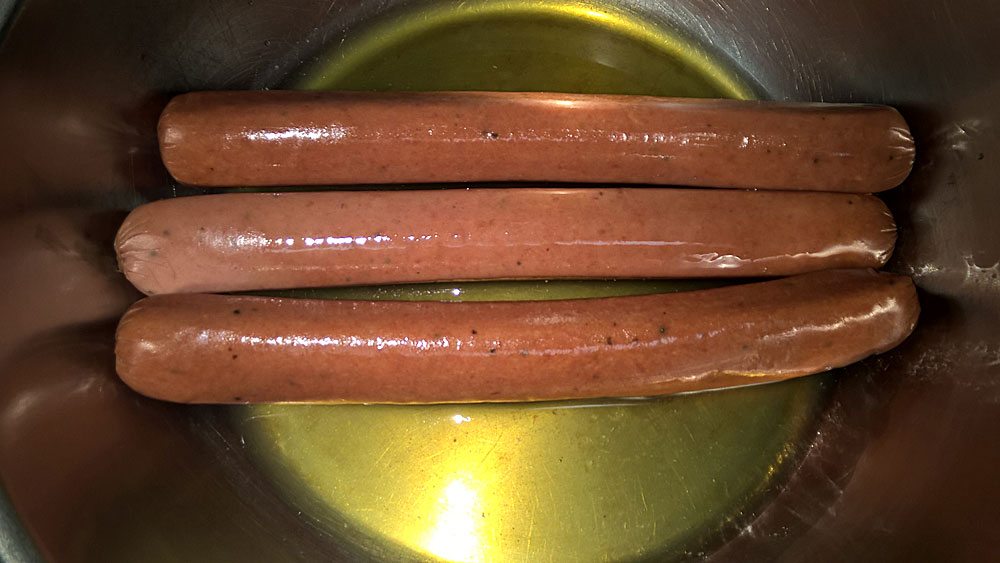 Claire’s daughter made her Samantha’s Washington Apple Hot Dogs. This was the only photo, she let Claire get of her creation.

Please share your Internation Cooking With Your Kids Day with us using the hashtag #LookWhatWeMade!

NOTE: Although International Cook With Your Kids Day is sponsored by Uncle Ben’s, we’d be encouraging this behavior anyway, just because of how helpful it’s been to us.

The Pebble Kickstarter Gets a Shipping Date

1 thought on “Today Is International Cook With Your Kids Day”