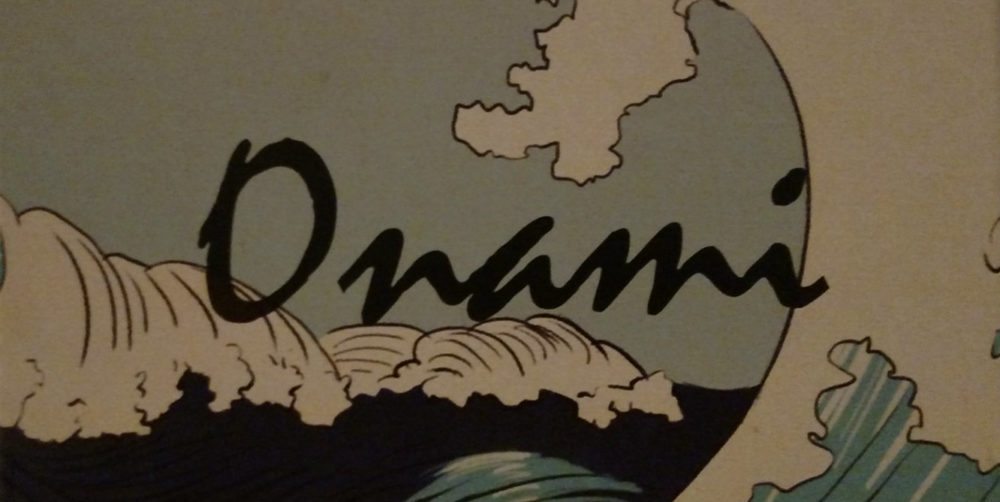 Wyvren Gaming (the misspelling is intentional) successfully Kickstarted Onami back in May, and reached out to GeekDad prior to this year’s Gen Con about meeting up for a demo. The team set up shop at the convention with one of the more eye-catching smaller booths I’ve seen:

Onami – which can mean “wave” in Japanese – comes with a 16″x16″ board decorated with a five-by-five grid of squares, each square sized to hold one of Onami‘s 49 cards. Each card has a number along each edge. There are also 25 black-and-white tokens for use in a 2-player game, and 25 marker cubes if you’ve got between 3 and 6 players at the table. 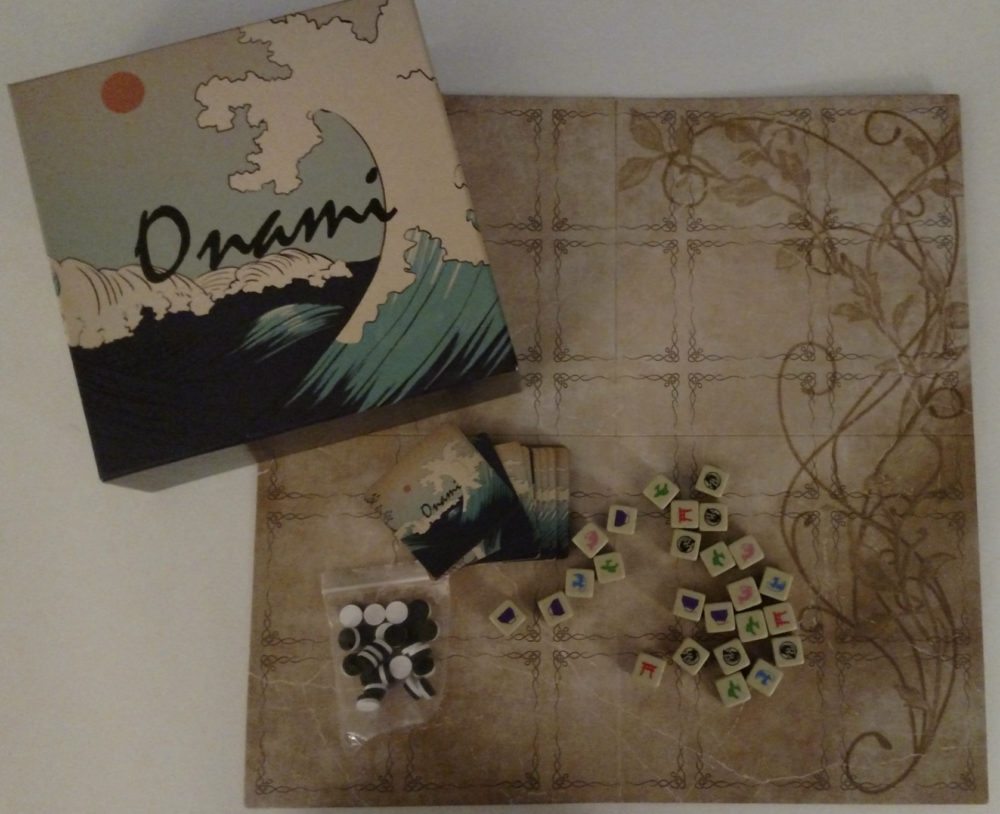 The rules and setup are simple: You start with an empty board, and shuffle the deck. Players draw five cards each in a 1-4 player game, and four each in a 5-6 player contest. Everyone also chooses a color from the tokens or cubes with which to mark their cards on the board. 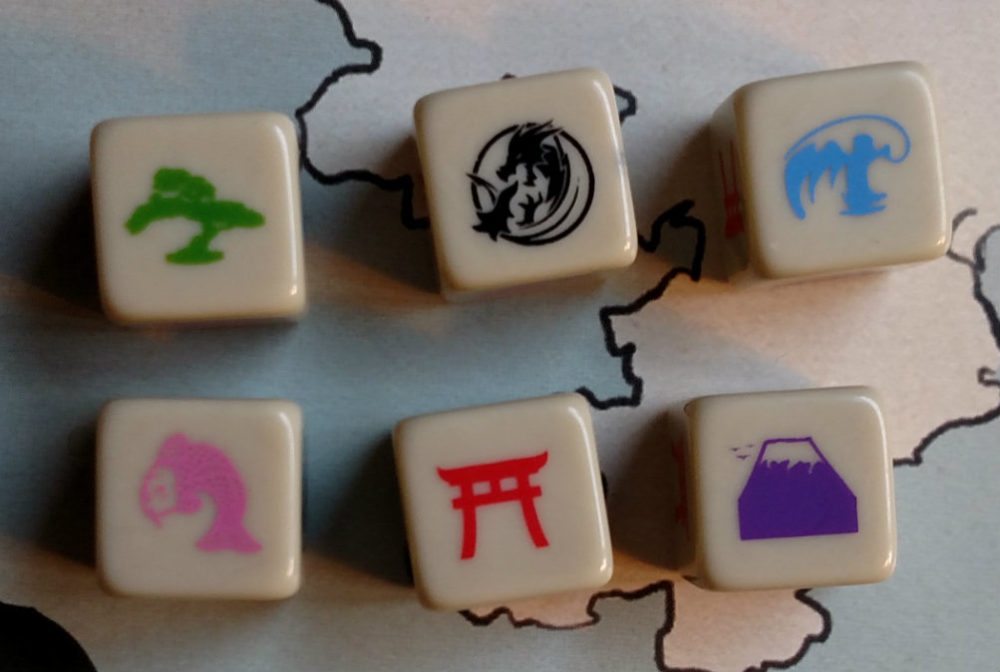 According to the rulebook, whoever last saw the ocean goes first, but you should rotate the first player in future games.

On you turn, you just place one of your cards on the board in an empty square, numbered side up, oriented as you wish. Then you mark your control of the card by putting a token or cube on it with your color showing.

And here’s where the name of the game comes in, as you potentially send a ripple of card acquisition across the board. The number of cards you can affect is the difference between the number on your initially placed card and the number on the adjacent card. So if you place a card so that a 2 is next to an opponent’s 1, you only get to turn that adjacent card. Place a 4 next to a 1, though, and you get to take control of up to three cards – the adjacent card, plus two more. The “wave” set in motion by the first turned card can continue in any direction where it has a number greater than the adjacent number. It can also split or turn, although waves cannot pass through cards you already control.

So for example, say the player controlling the black tokens has just placed the card in at the bottom center of this board:

The difference between the two newly-adjacent numbers is six, so the player can flip six total white tokens, provide they follow the wave rules, like so: 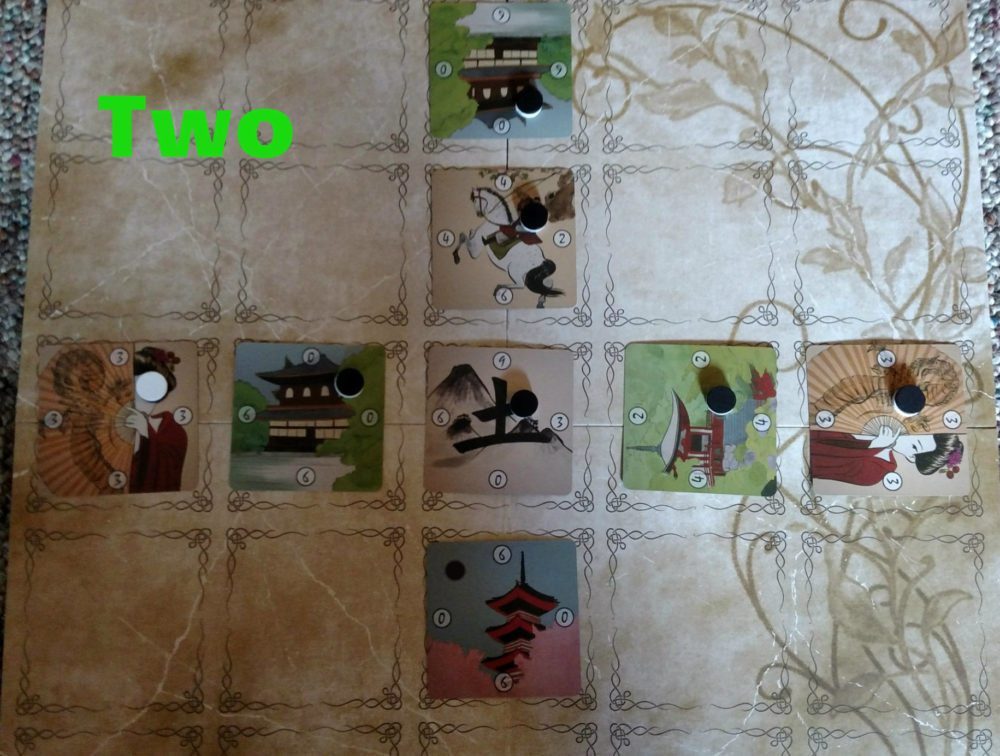 Once you’ve worked out the results of your placement, you end your turn by drawing a new card from the stack, and play proceeds clockwise around the table. The game ends when the board is full, and the last wave has dissipated. The winner is the player with the control of the most cards. If there’s a tie, the rules say you can either just leave it a draw, or play another game involving just the tied players.

Onami is a simple game to learn and teach (suggested age range is 8 and up), with a mix of luck and strategy. The first couple games I played, my opponents and I were quick to pounce on generating big waves whenever possible, which made for dramatic board changes. Of course, often, this led to setups of possible future waves that could undo one player’s progress and put it right into the hands of an opponent. In later games, it seemed there was a more measured and strategic approach, making plays that might only net you one or two cards, but which cut off the potential for bigger waves later in the game. Obviously, the deck’s random draw plays a part in this – and since there are nearly twice as many cards in the deck as can be played in a single game, and 22 unique card designs, there’s plenty of room for variety. It plays relatively quickly, so it’s a nice addition to a game night lineup where you have a few games on the agenda, or as a warmup for a few folks while you wait for others to arrive for larger, longer games.

Visually, it’s a really sharp product, too: I like the art and the color palette, and the box even looks nice displayed on a shelf with the top facing outward.

Wyvren is currently shipping Onami to its Kickstarter backers and filling pre-orders, but the game will soon be available for $29.99 through the company’s website.

GeekDad’s James Floyd Kelly visited the Wyvren booth with me to check out their deck-building game, Cthulhu, so expect a review of that one in the not-too-distant future.

Disclosure: Wyvren Gaming provided GeekDad with a copy of Onami for review purposes. 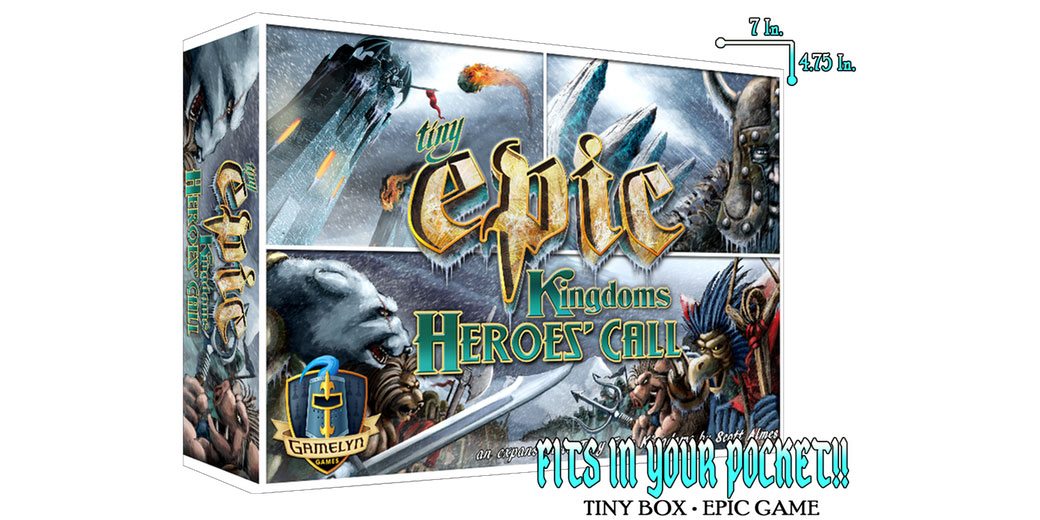 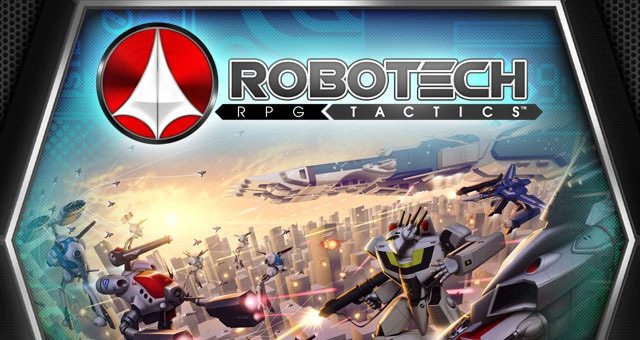 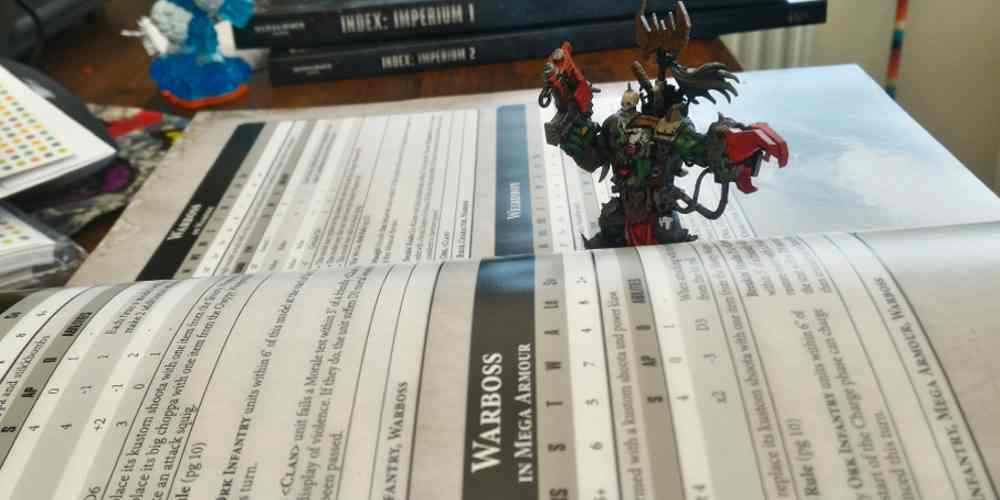