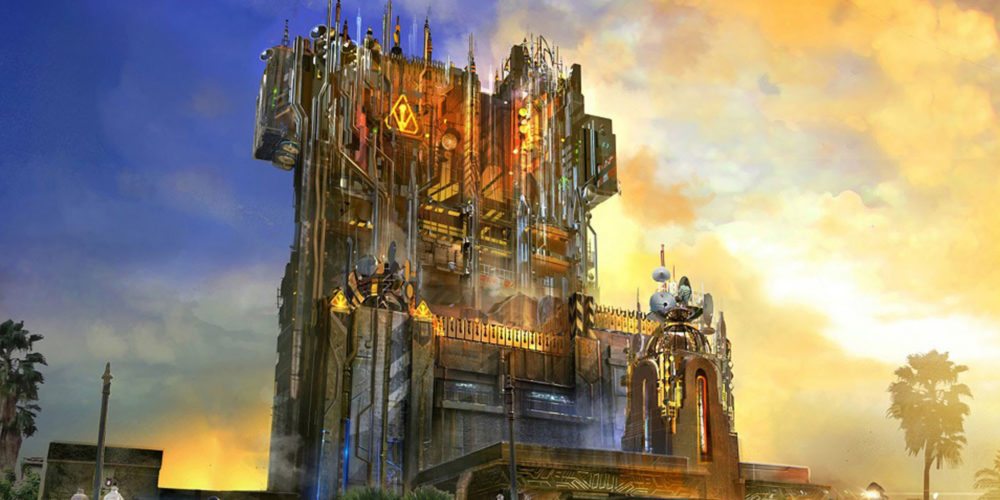 Next summer, just as Guardians of the Galaxy Vol. 2 hits theaters, Disney’s California Adventure park will open The Collector’s Fortress, the first major Marvel attraction to hit a Disney park. Disney is prohibited from using the Marvel name and brand itself as Universal Parks has owned the theme park rights to the Marvel name since the early ’90s.

The Collector’s Fortress is a reworking of the existing Hollywood Tower Hotel, home to The Twilight Zone Tower of Terror. To go along with the attractions new look, the ride itself will be rethemed into Guardians of the Galaxy – Mission: BREAKOUT!, an all new adventure ride featuring the cast of the film. I would imagine it’s only a matter of time until Florida’s Hollywood Studios tower gets the same treatment. I love Guardians, but will certainly miss getting my Rod Serling fix at Disney.

Guardians of the Galaxy – Mission: BREAKOUT! will begin as a tour of the Fortress, where the Guardians are being held captive by The Collector himself, Tivan. The tour is broken up as Rocket Raccoon breaks free and tasks riders with helping him bust out Star-Lord, Gamora, Groot and Drax.

Drobo 5D: Speed, Space, and Peace of Mind in a Box

This Week On The GeekDad Community