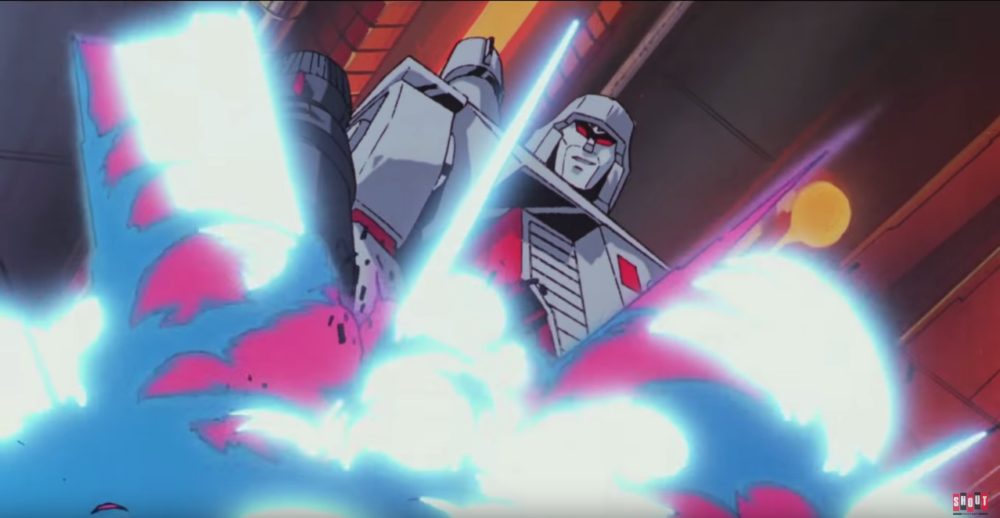 The problem with nostalgia—and I’m talking about both the sentiment in the abstract as well as the actual exercise of rumination—is that the filters of youth, immaturity, and, in my case, general forgetfulness tend to color the items and experiences in question. When something turns out to be “not as good as you remember it,” it is often simply because you remember it wrong.

As an example, I will always associate the summer of 1986 with  Transformers: The Movie, the big-screen debut of my favorite Robots in Disguise—of television, comic book, and toy aisle fame. At the time it was the biggest, baddest rock ‘n’ roll sci-fi adventure I could imagine, much less experience from the relative comfort of a theater seat. It was only in retrospect, upon repeated viewings on grainy VHS cassettes and bootleg DVDs, that I started to notice the seams begin to show.

It was the very epitome of the ’80s kid-culture cash-in, the half-hour toy commercial writ large… and in triplicate. I still retained my affection for the film, but with toned down, more grown-up expectations.

I say all of this so that when I proclaim that the new 4k transfer of the film made me feel like a bright-eyed 10-year-old again, you understand the weight of that praise. I’m not stating that I merely enjoyed re-watching this animated epic, that I just had a good time on my initial (and oft-repeated) viewings; I am proclaiming that this new Blu-ray iteration of a movie I have watched countless time in my adult life somehow managed to look just as good—if not better—than I remember it from that airy August afternoon some three decades ago.

For those who haven’t seen, or maybe just can’t recall, Transformers: The Movie, it was the bridge between the second and third seasons of the original animated series. It’s often remembered for the rebirth of the villain Megatron as the Leonard Nimoy-voiced Galvatron, the penultimate role of the great Orson Welles (as the world-eating Unicron), and the universally traumatic death of Autobot leader Optimus Prime.

The 30th-anniversary edition, painstakingly restored from the original 35mm stock (as outlined in the “Transformers: The Restoration” featurette), adds an amazing level of visual fidelity to Transformers: The Movie. Scenes like the arrival of Unicron and the reincarnation of Megatron into Galvatron demonstrate a level of detail and pure artistry that were only hinted at in previous home media releases. Of course, this also means the film’s gaffs, like numerous lip synch errors and miss-colorizations (particularly that of Soundwave’s cassettes during the siege of Autobot City), are also equally apparent. 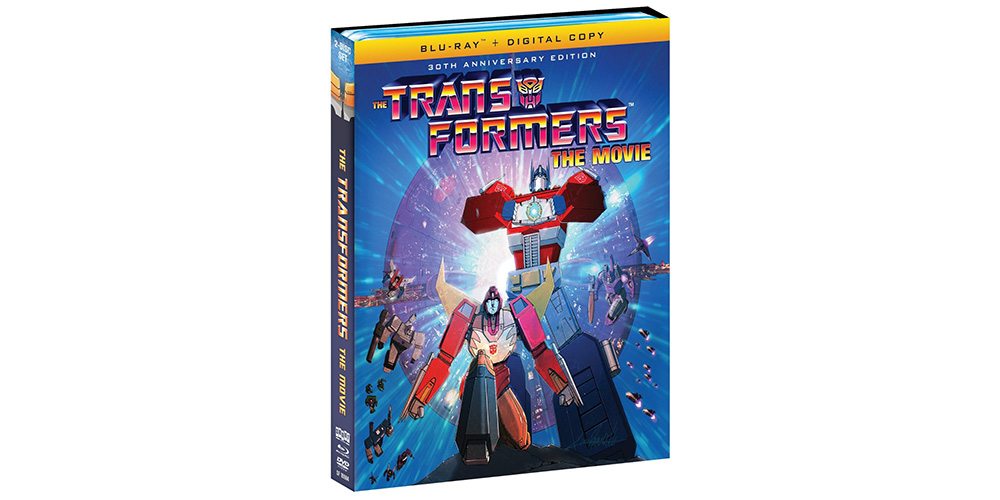 Yes, this is a warts-and-all production of a beloved childhood classic, but you’ll love every minute of it. The overall presentation is second to none, and the moments of pure perfection—like Hotrod and Daniel’s race to the top of Lookout Mountain to the strains of Stan Bush’s anthemic rocker “Dare”—nicely counter its more ridiculous scenes—like why was Hotrod fishing anyway?! This unintentional balance also helps to smooth out the rough edges of its cookie-cutter narrative with scenes that walk the line between outright novelty and genuine wonder.

Basically, you take the good with the bad. Sure, the trial and subsequent combat scenes on planet Quintessa are great, but that sequence also introduces us to Wheelie, and I think we would all be better off without having to relive that particular diminutive, annoying plot point.

Still, even with its stellar visuals aside, it’s hard to be too critical of Transformers: The Movie. It was, as Flint Dille discusses in the earliest moments of “Til All Are One” (a brand new mini-doc about the making of the film also included on this 30th-anniversary edition), merely an elaborate cleaning of house—a way to thin the herd of Autobots and Decepticons to make room for the incoming 1986 toy line. But somehow it captured the imaginations of a generation of kids just like me, and we turned into the adults that, as composer Vince Dicola mentions, still turn up at Transformers and other specialty conventions to thank the cast and crew for being such a pivotal part of our pre-adolescence.

This and numerous other bonus features ably supplement the larger than life cosmology of the Transformers, and they only help to sweeten the deal. In addition to the restored film itself in both widescreen and full frame, the two-disc set also boasts the aforementioned making-of and restoration features, as well as additional featurettes “The Death of Optimus Prime,” “The Cast & Characters,” “Transformers Q&A,” and “Rolling Out the New Cover”; original theatrical trailers and TV spots; storyboard animatics (with additional conceived footage of the Optimus/Megatron battle scene that was cut prior to principle animation); and audio commentary from director Nelson Shin, story consultant Flint Dille, and voice actor Susan Blu (the same track from the previous 20th anniversary DVD).

All of this comes together to make Transformers: The Movie 30th Anniversary Edition a must-have for even casual fans of the Transformers franchise. It was a labor of love undertaken in celebration of this landmark event by the folks at Shout Factory, and all that hard work paid off—which rather parallels the creation of the film in question.

A recurring theme throughout so much of “Til All Are One” seems to be just that—a group of actors, writers, producers, animators, and musicians came together to help craft an elaborate but otherwise unassuming cartoon feature, only to find that this was the project for which so many would be remembered. And we remember it fondly.

True, Transformers: The Movie wasn’t perfect, but this 30th-anniversary edition certainly is.

Beware the Ides of March: 'The Curse of Strahd' Comes