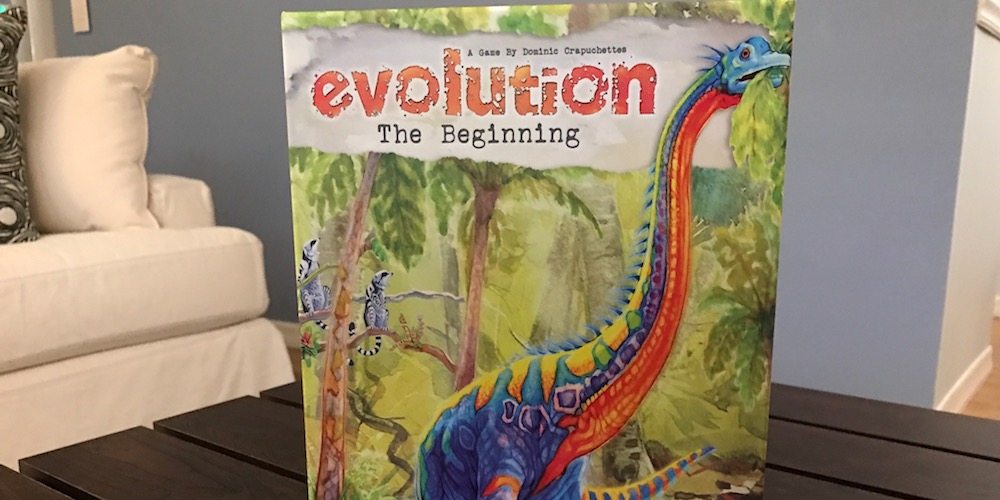 The original Evolution is a big hit here at GeekDad. Having followed it from Kickstarter to fruition to expansion, we’ve watched this complex species-building game from North Star Games become an unequivocal hit. It’s easy to see why—the game itself is gorgeous and the gameplay deeply strategic. And if neither of those things impress you, you can always make up funny names for your new species using the naming conventions in the rule book. The only problem is that, for all of its good points, Evolution is not a game that is easy to teach to younger players. There are a lot of traits that really only factor in once the game gets going and patterns have started to emerge. Telling a third grader that they need to be planning for the fourth or fifth round, not the immediate next round, can be challenging (at least it is at my house). That’s why North Star Games has developed Evolution: The Beginning.

Too often, when a developer releases a “Beginner” or “All Ages” version of a popular game, it’s either a playable, but boringly simple affair, or the rules and components are pandering, but the rules are still frustratingly complex for younger gamers. Thankfully, in the case of Evolution: The Beginning, neither scenario is true. Instead, what you get is a game that is faithful to the original, with just as much strategy, with a few innovative tricks to make the game much more palatable to players who don’t have the attention span for a long game.

If you’ve played Evolution, everything about The Beginning will look familiar. The amazing artwork is thankfully the same, there are still a ton of food chits to be popped out of their cardboard prison, and that evolutionary equalizer, the watering hole, is still just as enticing as ever. What you will notice while you’re unboxing is that after you unwrap the cards, then get the bags, food, and watering hole out, that’s it! There are no species cards or population markers (or wooden dino player marker, sadly). The second thing you’ll notice is that the cards, while superficially the same, don’t have quite as much conditional text (you’ll also notice the welcome addition of the Flight trait, which is its own separate expansion for standard Evolution). There are no “food bet” markers either—to facilitate streamlined rules, two food are automatically added to the watering hole by each player at the beginning of their turn. This makes it both easier and harder, as you have one less moving part to keep track of; but you also can’t strangle or pump the food supply. It’s a smart rule change when considering that younger players can easily feel older players are being “unfair” when betting mechanics are involved.

It’s when you play your first round that the differences in gameplay become apparent. Instead of using separate cards and markers, you automatically create a species each round by drawing a card and placing it face down in front of you. Then you draw your hand and can either add to the population by using your cards, create an additional species, or assign up to three traits per species. Fertile species are the exception to the “using your cards to create new members of a species,” as they get a freebie from the main deck every round. Utilizing the main deck as the species markers is a simple change that makes sure the game keeps moving and doesn’t last too long.

Focusing on reducing the moving parts rather than oversimplifying the rules keeps the games’ satisfying strategy intact. There are still Long Neck species to grab food before picking it up from the watering hole, scavengers to snatch food from the carnivores’ leftovers, and all kinds of defensive traits to protect against the “red in tooth and claw” predators that pop up as the game progresses. The game does start a little slow and I nearly lost my daughter to the siren call of her DC Super Hero Girls, but as soon as the first Carnivore trait card was put down, it clicked for her as to why she’d been making Burrowing, Horned species. She was overjoyed when I had to eat my own species that first round.  The game still went on a bit longer than she was happy with, but the brilliant thing about using the trait cards as the game timer is that all we’ll need to do next time to shorten things is grab another player or two.

As we played, I found I really didn’t miss the species cards and markers. I appreciated not having to keep track of food type and body size as well, just focusing on making the best predators and prey for the game at hand. I didn’t even miss the more complex cards; that core Evolution game play is still there. Any strategic itch I felt wasn’t getting scratched was overshadowed by my daughter being able to enjoy a game that she wouldn’t have cared for in its original form. My only wish was that the species naming sheet had been included in Evolution: The Beginning. Coming up with goofy names for your new species is always fun! The Beginning is not compatible with the Flight expansion either, but with the inclusion of the Flight card, you still get a satisfying amount of species traits.

If you’re an Evolution fan, but haven’t been able to share it with your kids, then Evolution: The Beginning is the perfect edition to pick up. 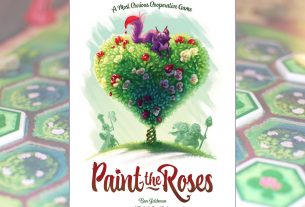 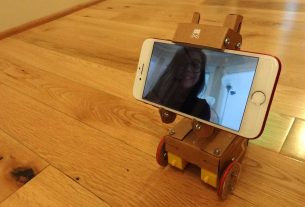 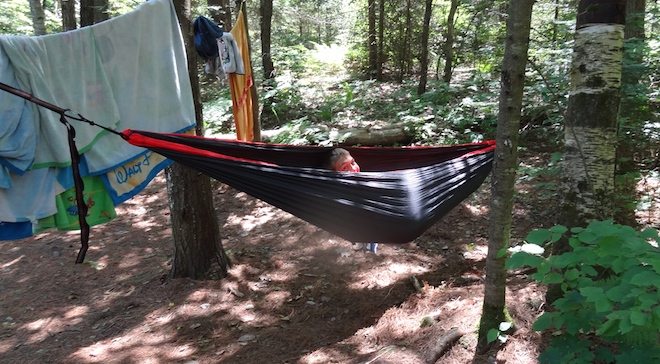 4 thoughts on “‘Evolution: The Beginning’ Simplifies Without Dumbing Down”