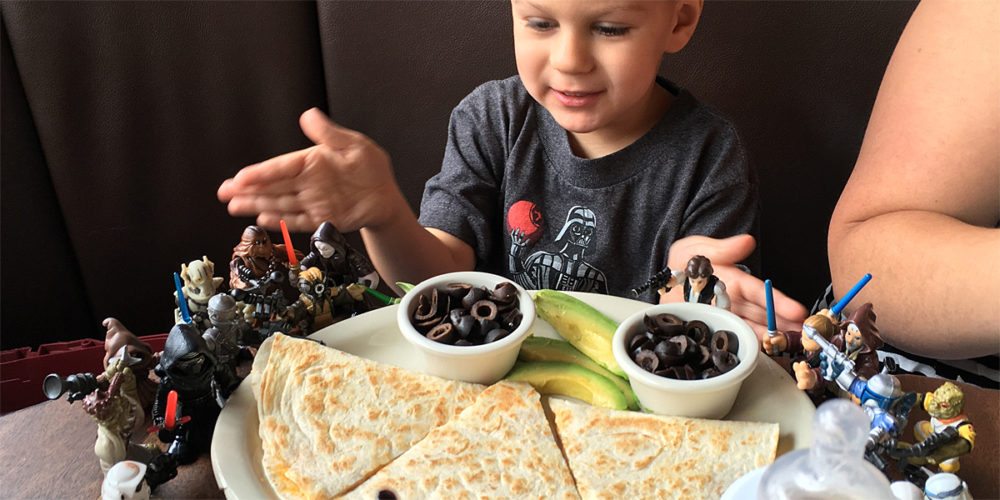 When I was a little kid, I had a lot of G.I. Joe action figures. Every week I spent my allowance to get the next one or two on the back of the card that I didn’t have yet, and, Hasbro, in all of their wisdom, kept adding to the, so I’d never run out.

Of course, this meant a ton of figures and weapons and accessories all over the place. I put them in old cardboard boxes. I put them in Tupperware—I appropriated the largest dry good canister from the kitchen to store all of the accessories at one point. And every time we went anywhere I would pick handfuls of figures and accessories and stuff them in my pockets to take with us. Needless to say, many helmets, backpacks, and pistols were lost that way–even the occasional figure resulting in plenty of tears I’m sure.

So, eventually, my parents had a great idea—a tackle box. A tackle box, as any fisherman would know, is a great way to store a ton of stuff and has a bunch of little compartments for sorting and organizing things. I spent hours meticulously sorting and organizing everything into my tackle box. And even more hours emptying it out and reorganizing it many, many times over the years. It also made all of my toys infinitely more portable. I carried that case with me on almost every trip and to all of my friend’s houses.

Fast forward a few decades, and my son has a ton of Star Wars Galactic Heroes toys. You’ve probably heard us talk about them a dozen times on our podcast. We even made our own RPG to play using them. And he has a ton of other random toys. Apparently sorting and organizing is genetic because he has a myriad collection of boxes, bags, and bins that he is frequently putting his toys in, but none of which allows any compartmental organization or great portability. 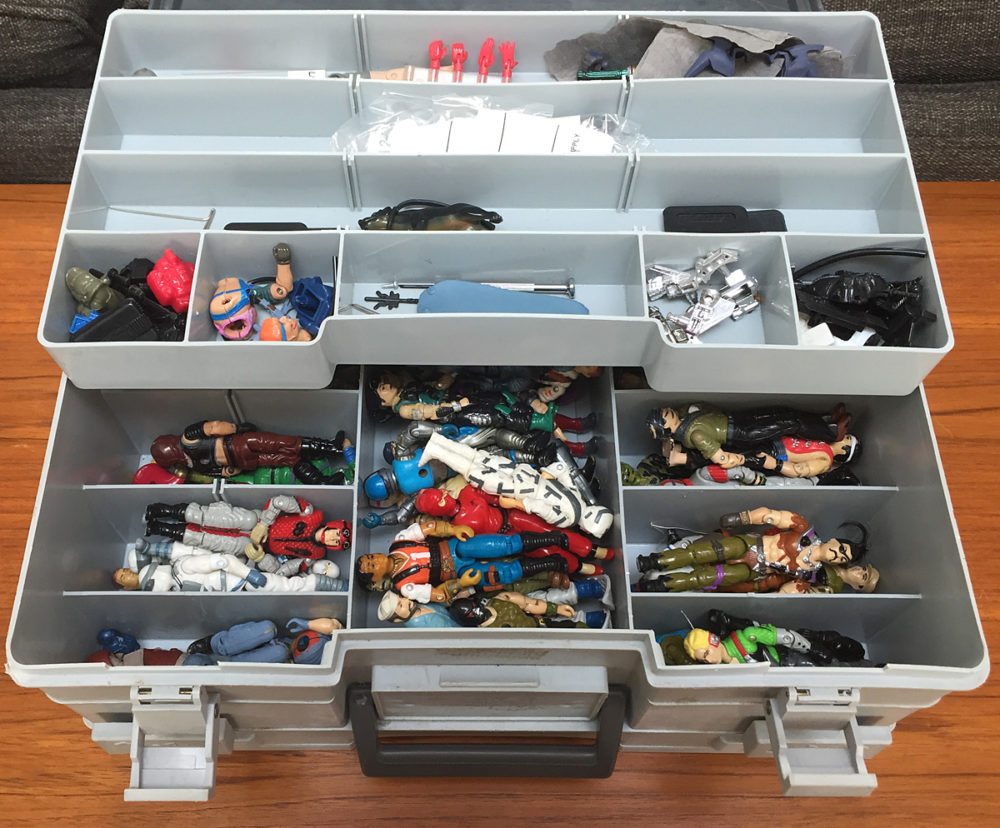 Then, I found my old tackle box buried in the basement and had a light bulb moment (along with some happy flashbacks). It still has a lot of my old Joes in it along with some accessories and even my tools for disassembling and “fixing” them–more often than not, I used my tools to mix and match parts between guys versus actually needing to repair a broken rubber band. Which, come to think of it, reminds me a lot of my son’s Star Wars Hero Mashers.

I went to Amazon and spent about 30 minutes shopping for a tackle box that would hold a lot, provide some organization, yet be small enough for a three-year-old to carry. I decided upon the Plano 1-Tray Tackle Box. This is a relatively inexpensive, small-sized tackle box that provides one big bin area and a tray with movable dividers for organization.

Once it arrived, I gave it to my son and he needed no help figuring out exactly how he wanted to use it. Sometimes it’s more organized than others and which figures are “allowed” in the box varies, sometimes minute to minute, but in general it’s all of his Star Wars Galactic Heroes and nothing else.

And, as promised, it makes his guys a lot more portable. We don’t always take the tackle box with us but when we do, it certainly makes transportation of his guys a lot easier. Obviously, it hasn’t fixed all of our storage issues, but every little bit helps.

Do you have any toy storage tips or tricks? I’d love to hear them! 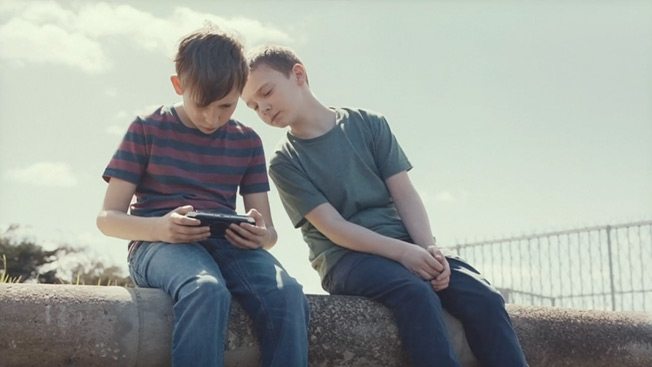 Touching Ad for the Geek Dad

5 thoughts on “Using a Tackle Box for Toys”