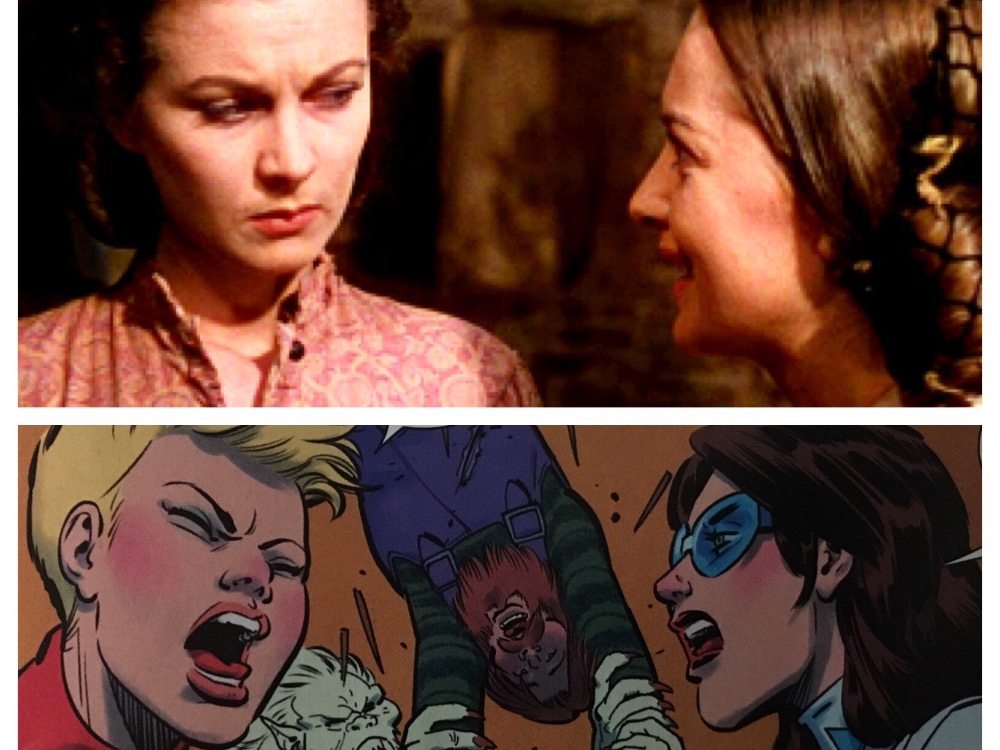 In the sixth grade, Scarlett O’Hara, the feisty, conniving, sort of bitchy protagonist of Gone with the Wind changed my life. Growing up in the 1980’s, people constantly told me to sit down, be quiet, act like a lady, don’t climb that, no rolling down the hill, not another grass stain! Here was a woman who managed a business and who took care of her family despite everything people thought of her.

But, she was also, well, kind of mean. And, she, well, sort of used people. And let’s be honest, I’ve referred to people as “mealy-mouthed” because that’s what she called Melanie (the only friend she had) at one point in time. Melanie was the silent, strong female whose kindness made people love her. The typical acceptable woman. She was the equivalent of Louisa May Alcott’s Beth from Little Women.

The majority of the women characters (not all, by any means, but a large subset thereof) with which I grew up were kind, gentle, maybe with a bit of wile. In large part, this is probably why my generation of mid to late 30’s mamas continue to call for women characters that show various types of strength for our girls.

Then I saw these panels in Spider-Woman #9.

Snapshotting them, I texted them to a friend with the caption, “This totally doesn’t remind me of anyone I know. Nope. Not at all.”

Why do these requests for representation mean so much to women (or people of color or any other marginalized group)?

When I can’t get my mind around a topic, I hit the books. It’s what I do. Deep down, I know these representations matter; most people appear to know that. Articles and blog posts from one end of the internet to the other discuss it. However, gut instinct and public opinion are not fact or research. Research is the thing that wins my brain. So, off to the library (the best perq of being a college instructor is unlimited academic research.)

The answers came not through literary criticism but through psychology. Stumbling across Elizabeth Iglesias and Sherry Cormier’s 2002 paper, “The Transformation of Girls to Women: Finding Voice and Developing Strategies for Liberation,” and then James Allen’s 2012 article, “The Power of Story,” gave me the research brainhold I needed. Bibliotherapy, which is functionally using stories to help work through problems, is the way that young women can overcome feeling silenced by society. This is the reason that our heroines are important. It’s not just a feel good, feminist push with a side of needing to be pandered to. It’s important because young women need characters to whom they can relate so that they can cathartically overcome the way society treats them.

Books, and in this case the dual nature of the visual and written text of comic books and graphic novels, play a special role for young women. Igelsias and Cormier note that, “Data indicate that as a girl moves through adolescence she feels less free to feel, and particularly, less free to feel anger, sadness, or pain.”(261). They continue to note that this works across ethnic boundaries from white to Latina, although African American girls are more willing to exhibit anger. All of these emotional losses lead to depression. Iglesias and Cormier suggest teaching girls strategies of resistance for liberation which includes “learning about other women, through their writings or through dialogue with them, who have been resisters and by identifying strategies that were effective for them” (267). The authors then move on to discuss the implications that this has for mental health practitioners. Counselors, they argue, “play a critical role in supporting teenage girls’ resistance for liberation and for finding voice by providing an avenue for examining gender roles and similarities and differences across class, race, and ethnicity” (269). In fact, “books, short stories, poetry, biographies, and projects that depict strong female characters who are indigenous to various cultural groups are useful, especially if they focus on a girl’s struggle for self-expression in the midst of external forces that seek to suppress her true voice” (269). In other words, when young girls read representations of strong women, they find strategies to resist the sociopolitical constraints under which they live.

In theory this sounds great, but there’s that curmudgeonly voice in the back of my head wondering whether that’s really a viable psychological, like, “thing.” This brings in Allen, et al’s discussion of bibliotherapy. The authors specifically note that bibliotherapy is not psychotherapy nor should it be construed as such. Bibliotherapy relies on the idea of literary catharsis (the emotional release of tension arising from the ending of a story) that comes from identification with a character. Discussing young children specifically, Allen et al note, “We live in a storied world. Hearing or seeing stories provides children with models of how experience can be shaped into meaningful patterns” (46). Traditional bibliotherapy aims are “personality modification, change in disturbed behavior, or mastery of developmental tasks” by “using story as a springboard to delve deeply into reactions” (46). In other words, bibliotherapy ultimately utilizes books to explore the behaviors that people need to change by setting them up to analyze their reactions to the characters’ actions in relationship to their own behaviors.

Books matter. Fiction matters. They matter for reasons beyond “this makes me see myself on television.” They matter because they have a psychological purpose. Books don’t just make people feel better for the purpose of escape. They can help people change the way they act. They can help boys of color become like Black Panther instead of feeling desolately alone, adrift in a sea of stereotypes. They help children find outlets other than the ones the society around them provides. They can help young girls veer off the paths of depression to which they are so often steered by showing them better behaviors. This isn’t about wish fulfillment; this is about psychological study and research.
Books provide a voice for resistance liberation when the characters provide models of behavior that allow for modification of undesirable behaviors.

Through this lens of bibliotherapy, Jessica and Carol’s argument is even more important. They are multifaceted women. They are physically strong. They are emotionally strong. They are equally strongly flawed. As they fight each other, they are screaming. Two strong women arguing loudly and publicly. This is what young girls need to see. This is not just about seeing ourselves; it is about changing ourselves. This is about resistance liberation and overcoming society’s silencing of our voices.

Watching two powerful women be friends shows women a new way to act. Women do not have to undermine one another. Two women can disagree at a fundamental level about a topic and remain friends. Two women can use information and rational discussion to come to new understandings. These are tools that women can use to better themselves and to change their relationships with one another within this society that has so often pitted them against each other.

Take, for example, the “Mommy Wars.” To be a working mother or a stay at home mother. To breast feed or to formula feed. To cloth diaper or to disposable diaper. Women have been conditioned to treat success and failure in the world as a zero sum game. If one group wins, the other must lose. Right must make for might.

What if powerful, smart women stopped demeaning each other? What if we looked to these seemingly unimportant female characters and realized that we can modify our behavior or master new developmental tasks? What if we realized that we could use these stories as ways to delve deeply into our reactions and become better women, and better people, through them? What if we liberated ourselves through tools of psychological resistance to overcome the barriers in our society?

Because, the thing is, the research shows that we can.

So, does representation matter? Yes, because the research proves it.

GeekMom in the Catskills 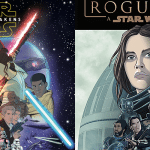