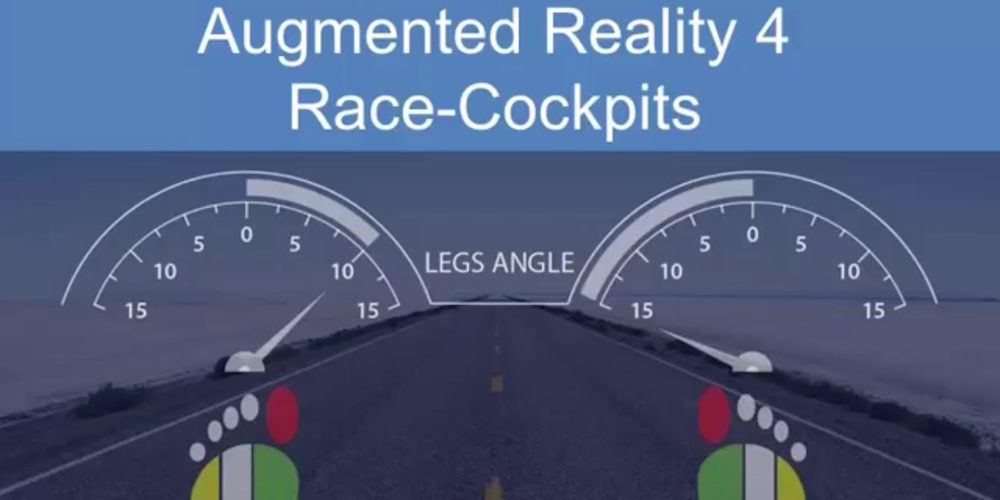 New technology often evolves in the training of world-class athletes; occasionally, the innovations used by professional and Olympic athletes come to regular consumers. Run Rockets, a CES 2016 Innovation Awards winner, is one such item. The system features a pair of precision sensors (one attached to each running shoe) that measures the exact movement of the feet, exchanges information between the shoes, and visualizes the most relevant information for review by the athlete.

Taking advantage of the tremendous data gathered from the Run Rockets sensors, users can review different runs in a virtual reality (VR) environment–comparing training runs that need improvement along with runs that are near perfect. The two modules communicate in real-time and can diagnose irregular, and inefficient, movements in the feet while the runner is still moving. This information can be presented to the athlete through augmented reality (AR) glasses in a “race cockpit” that details the feedback in real-time, allowing the user to improve their technique on the fly.

For professional athletes, the Run Rockets data can also be utilized to create custom sneakers designed to adjust for the quirkiness of each foot. The first 3-D printed running shoe from a major company also debuted at CES 2016 along with the Run Rockets.

The live data showcased with Run Rockets is a perfect use of augmented reality in a real-world situation. As AR technology becomes more affordable, this method of self-training will become more commonplace and slowly filter to regular consumers.

The Run Rockets team is at the Olympic Games in Rio de Janeiro demonstrating the devices for athletes and their supporters. They are also showcasing a virtual reality experience that allows the viewer to see a 100-meter run through the eyes of a world-class sprinter, both with and without the Run Rockets AR race-cockpit display.

Olympic Level Augmented Reality with Run Rockets is cross-published on the Architechnologist, a site dedicated to exploring technologies that change the way we experience the world around us.
Liked it? Take a second to support GeekDad and GeekMom on Patreon!

The Land of Me Makes the Leap to the iPad