Last week saw the release of the preemptively maligned Metroid Prime: Federation Force from Nintendo and Next Level Games. As with other presumptively poo-pooed properties before it, I tried to reserve judgment, and, much like the Ghostbusters movie reboot, what I expected to be simply fine turned out instead to be its very own brand of genuinely enjoyable fun.

All right! Another adventure of famed bounty hunter Samus Aran!

Sorry, friend, but this ain’t that kind of Metroid game. Instead, this one puts you, the player, in the role of a fresh-faced Galactic Federation Marine. Think of this as more of a spin-off, charting some of the other goings-on in the Metroid universe.

But Samus is at least in it, isn’t she?

Samus is, indeed, around. In fact, at various points in the game, she plays a key part in the narrative. You just don’t get to control her.

That doesn’t sound like much of a Metroid game.

What it is instead is a clever little first-person shooter that is, how shall I say, Metroid-adjacent. Primarily, it sees a noble band of untested Marines exploring various sci-fi locales, fighting against hostile local organisms and Space Pirates all the way.

Space pirates: got it. What else do you do in Federation Force?

Not to put too fine a point on it, but you shoot things. All the things. There was a reason that a Blast Ball demo was released before Metroid Prime: Federation Force hit retail. Consider that your fun-filled tester mission. (Note: the full version of that frenetic pseudo-sports title comes bundled with Federation Force.)

How does it control?

It’s not perfect—I’m still a little iffy as to whether or not there will ever be a totally flawless portable FPS—but developer Next Level Games did an admirable job playing to the strengths of the 3DS. Surprisingly, rather than using the analog nubbin on my New Nintendo 3DS for aiming, I actually opted for the gyro-controls. (I know—scandalous!)

This control scheme uses the left trigger to lock on a target, the right trigger to strafe, and the right trigger plus the internal gyroscope to fine-tune your aim. I found this to work exceptionally well, but, as is often the case, all that movement and its related shifting of focus can sometimes negatively affect the 3D tracking.

Federation Force is not going to win any medals for its visuals, but the design is consistent and thematically appropriate to the world of the Prime series overall. It seems like a lot of fans were turned off by the chibi, big-head character models, but they didn’t bother me—especially when I realized that, even with these extreme proportions, Samus still looks badass.

You spend most of the game inside a bulky mech, so that classic super deformed look hardly factors into regular gameplay. If anything, my only knock against the game’s visuals is that, only on those rare occasions where characters aren’t strapped into massive robo-suits do you get a feel for the comparatively mammoth scale of the environments.

That said, customizing your mech, really tricking it out to your own liking, truly makes the old warhorse feel like something personal and special. After a point, Metroid Prime: Federation Force manages to transcend the confines of the traditional shooter thanks to an almost RPG-style of customization, helping your on-screen avatar to transition from “that’s my guy” to “that’s me.”

What kinds of customizations are we talking about here?

You can customize your mech via unlockable paint jobs, but this is a purely aesthetic alteration. Substantive change comes in the form of Mods.

Mods are represented by various chips hidden within the level environments. Uncovering new Mods along the way adds them to your collection, and you can choose up to three to equip in the Customize menu before mission deployment. They add various buffs and abilities to your power armor, and you’ll soon discover which best fit your own play style.

You can also use your choice in Mods to supplement your choice during weapons load-out. Will you be a missile-firing heavy and choose mods that help reduce recoil and increase damage? Or perhaps you’re support personnel, firing Repair Capsules at injured allies, and you’ll use mods to beef up your own defenses or enhance your Samus-shaped decoy.

Team? Load-out? So this is, like, a multiplayer FPS?!

That it is, and it does a solid job in that respect. If you’re more used to the 3DS multiplayer experience of Mario Kart 7 or New Leaf, this roving adventuring party setup may feel a little foreign, but don’t mistake different for bad.

Can it even be played in single-player mode?

Yes, it can. While obviously designed for a full four-player squad, Metroid Prime: Federation Force allows you to supplement empty player slots with Support Drones. These can be used during load-out to equip additional weapons and Repair Capsules, and a special “Lone Wolf” Mod is available in single-player mode that doubles your damage output while halving damage taken from your enemies.

While it’s still an enjoyable experience on your own, though, you’ll quickly realize Federation Force is more tailored to multiplayer. Trying to navigate environmental puzzles, draw fire from multiple enemies, or even just discover a boss’s weak point is much easier with allies. (See my previous review of Tri Force Heroes and you’ll discover a similar sentiment.)

Okay, so bottom line: who’s this game for?

On the one hand, Federation Force isn’t exactly the game for the hardcore FPS set, nor is it likely to wow those still pining for a new 2D Metroid title. On the other, it looks and plays far better than all but the most charitable among us likely expected, and, despite its big ol’ heads and lack of a playable Samus, it does manage to channel just enough of that Metroid Prime spirit of exploration and trigger-happy combat.

That said, if you’re a Metroid or Prime fan that doesn’t mind a little deviation from the norm—and this is coming from the one guy that actually enjoyed Other M—definitely give Metroid Prime: Federation Force a shot. This goes double if multiplayer gaming (local or online) is an option for you, under which circumstances the game shines its brightest.

While the ESRB has rated this one a T for “Fantasy Violence,” know that the battles, while pitched, aren’t generally graphic. If you and your geeklings are fans of squad-based sci-fi shooters, Federation Force will not only scratch that itch but offer some genuine family fun even in these stressful early days of the back-to-school season.

Which is, of course, a role Samus and Co. have been successfully filling for an impressive 30 years. 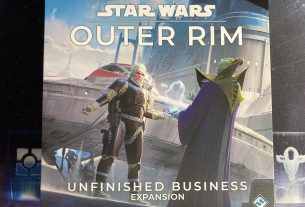 ‘Star Wars: Outer Rim’ Gets More of Everything with the ‘Unfinished Business’ Expansion

Why Aren’t Games About Winning Anymore? 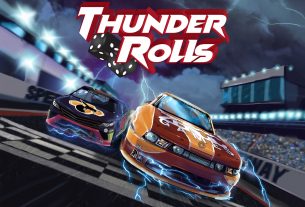