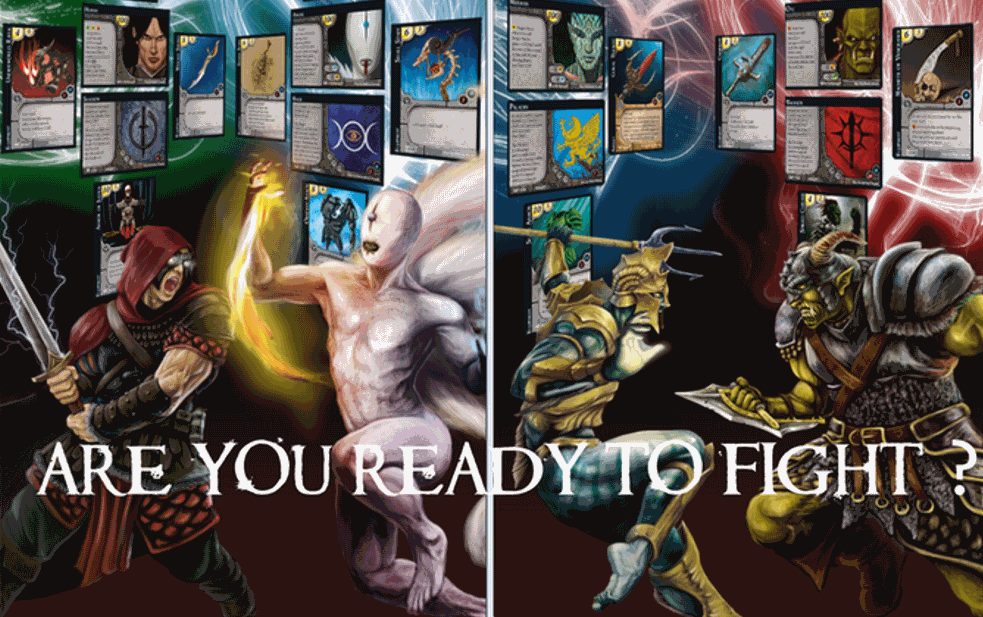 WarAge is a non-collectible, deck-building game designed by the Italian team, District Games. It has a strong roleplaying flavor – with players taking the role of Elf, Human, or Orc; Paladin, Mage or Warrior. Hugely popular in Italy, and with a successful 1st edition English translation already made, the design team are looking to fund a 2nd English edition through Kickstarter. The Kickstarter is underway and has already reached its funding target. Hang on until the end of my review where there will be an exclusive reveal of some of the cards that await those who help unlock the stretch goals.

New to Kickstarter? Check out our crowdfunding primer here.

At a Glance: At its heart WarAge is a PvP game reminiscent of Magic the Gathering. Whilst multiplayer team games are possible, the core mechanic involves two fantasy characters slugging it out against one another. Each character starts with 100 Hit Points (HP) and the first one reduced to zero loses. Characters can employ an array of weapons, spells, armor, and artefacts to aid them in their fight, but beware, every boon has its bite.

Game Components: (Note: All pictures shown show current versions of the cards and may differ in the final product.)

There is an additional funding level that gives extra cards from the 2014 Kickstarter, and a $9 Stretch Goal accelerator donation, something I’ve not seen before. For an extra $9 donation you will receive one stretch goal higher than the funding level reached.

Each Stretch Goal will consist of an additional 55 cards, each with a different theme. GeekDad has a WarAge exclusive reveal of some new  cards available in the stretch goal packs. Keep reading to the end to find out more!

Like many games that feature a plethora of cards, all with differing types and attributes, WarAge initially feels a little bewildering. Play a few turns though, and things settle down well. The core mechanic is simple, and by the end of my second game, I’d started to see how the cards can work together, and found myself eager to play more.

As a playing experience WarAge is both simple and addictive.

The key rule that governs the game, and the strategies you devise to win it, is – every card costs Hit Points to play it. It’s an unusual mechanic, but one that works.  Playing your most powerful cards causes your character damage. This sets up up a continual trade off between making yourself more powerful, whilst not leaving yourself so close to death, you are easy to finish off.

The box I was sent contained ready made decks and I just pulled two of these out of the box and started playing.

Each hero starts with 100 HP. If you get reduced to 0, you’re dead, and the game is over. The hero’s race confers a special skill that only characters of that race can use. The basic races are Human, Elf, Orc, and Angel.

Each hero has a class. Class will determine a number of attributes about your character.

Available classes in the basic set are Warrior (x2), Mage, and Paladin.

Each player starts with their hero, their class, and five cards.

Choose who goes first, that person draws two more cards and the game is on!

Characters essentially start with a hand of 7 cards (5 initially and then an immediate draw of 2 more). To get cards from your hand and on to the table where they can be of use, your character has to expend the number of Hit Points equal to the card’s purchasing cost.

Some equipment items have to be equipped, and you may only have one or two of these in play at the same time. Such as, armor (1), weapons (2) or two handed weapons (1), helm (1), and Amulet (1). These are made obvious by an item type icon on the card.

After both players have played the first round, in which no attacks can be made, the battle begins in earnest.

In subsequent rounds, cards are drawn and purchased in the same way as before, but in addition, active cards can be used to attack.

Each player may have a Melee attack and/or a Magic attack.

Your opponent then totals their Defense bonuses, adds them to their Class’s Defense score, rolls a D6 and adds that too. This gives their Defence Score. The difference between the Attack and Defense score is the amount of damage done, and the defending player looses that many Hit Points. (If the difference is zero or less, nothing happens).

Magic works similarly, but with a couple of key differences. Spells cannot be used the round they are put into play (whereas weapons can). Each Spell can be used to attack with, so three spells effectively means three magic attacks (whereas you only get one Melee attack, with your weapons combined).

Magic damage is worked out in the same way as Melee damage except the Attacker uses their Magic rating and any adds bonuses that add to their Magic attack score rather than Melee attack.

That is the basis of the game. Though there are a couple of additional rules that affect player tactics.

There is an additional deck of Season cards. The changing season affects the power of your characters. Most Races have one season in which it is more powerful, and one in which it is weakened. This is represented by the number of dice you are allowed to roll when attacking. If it’s your strong Season you gain an extra D6, if it’s your weak Season, you roll one less.

Seasons change when somebody rolls a 6, but there are cards that manipulate seasons too. These can give you a tactical advantage during the game. When every HP is precious for both survival and your ability to cause damage, D6 less Hit Points can make a very big difference.

As well as card effects there are a couple of other ways to earn back Hit Points. Many cards have a “Sell” value on them. This is lower than the original cost of a card, but you can discard purchased cards, and earn back Hit Points equal to the card’s Sell value. If times are desperate, at the start of you turn, when drawing your initial two cards, you can elect to draw blind and put the card straight into the “Life” pile. If you do this you gain Hit Points equivalent to the cards purchase cost, but this is not without risk – some cards have little or no purchase cost, and adding them to the life pile removes them from play.

This in essence sums up the neat balance within WarAge. The whole game consists of trying to make sure you don’t leave yourself too weak, whilst not reducing your own ability to cause damage. There’s no point staying healthy, if you can’t do anything to your opponent. It won’t be long before the enemy has built up an unstoppable force that overwhelms whatever defenses you have. In the games I’ve played I often find myself going for broke, cashing everything in, in a risky venture, nearly wiping myself out, in the hope I can destroy my opponent. Death or Glory: It doesn’t always work, but it is always exciting!

I really like WarAge. After some initial head-scratching over the rules, the game is very simple and easy to play. After a few rounds, the cards become familiar and it turns into a quick game. There is also great scope for tactical variation

The game is simple enough for my ten-year old to play. He picked up quickly. Too quickly; he wiped the floor with me on our first game. I haven’t tried with my seven year old, but I think there is a little too much text and combination churning for him to enjoy this game.

I haven’t really experimented with it yet, but the deck building aspect of the game gives the opportunity for veteran players to put together some potent tactical combinations. WarAge is the sort of game where an experienced player would easily beat a newcomer. Knowing how your cards work together makes them far more potent. However, with pre-built decks consisting  of only 48 cards (in which there can be duplicates – up to three of each card), it doesn’t take long to take the measure of your hand, and make the game a worthy battle.

I’m a little disappointed that the base game doesn’t come with more class and race cards. Not different ones – these will be available in the stretch goals and Kickstarter exclusives, but even the standard cards are in short supply. If you want to have a Mage Vs Mage battle you can’t. At least not without two sets. Of course, as the cards are standard across all games, you could easily make your own substitution, but a couple extra of each of the standard race and class cards would have been nice.

I like the look and feel of the game. The artwork has been specially commissioned using Italian artists, and is of a high standard. The cards feel nice in the hand, and the quality of the artwork makes you feel like some of your artifacts are truly special. I loved playing my “Cursed Amulet”, not just because it was a good card, but because has a suitably sinister illustration.

There is one aspect I’m not quite so sure of, that doesn’t affect game play at all, but does mar the aesthetic. Personally, I don’t like a mix of technology and swords and sorcery. Most cards are fantasy themed, and the addition of laser sights, chainsaws, and sentry droids doesn’t do it for me. It makes no difference to the mechanics of the game, but I would have preferred stylistic consistence.

I found WarAge to be an addictive game. I love playing all sorts of games, but at the moment, I’m forever looking to find a reason to pull out WarAge. With people who know what they are doing, games can last as little as 15 mins, so it’s easy to slip in a quick rumble.

WarAge is on Kickstarter now, is already funded and looking to fulfill its stretch goals. These are closely spaced, and it’s not hard to see that backers of WarAge could be treating themselves to a host of cards to play this great looking, addictive, and simple to play card game.

The Kickstarter exclusive decks will include a Shapeshifter Race and a new class, Acolyte. They will also introduce a new variation of “Helper” called Disciples that can do damage to to your opponents. Up until now Helpers have largely been cannon fodder to absorb damage.

WarAge really will be a varied game if lots of these are unlocked, and with the Fast Forward add-on, the extra decks will be even easier to get your hands on!

Disclosure: I received a 1st Edition set of WarAge in order to understand and review the game. 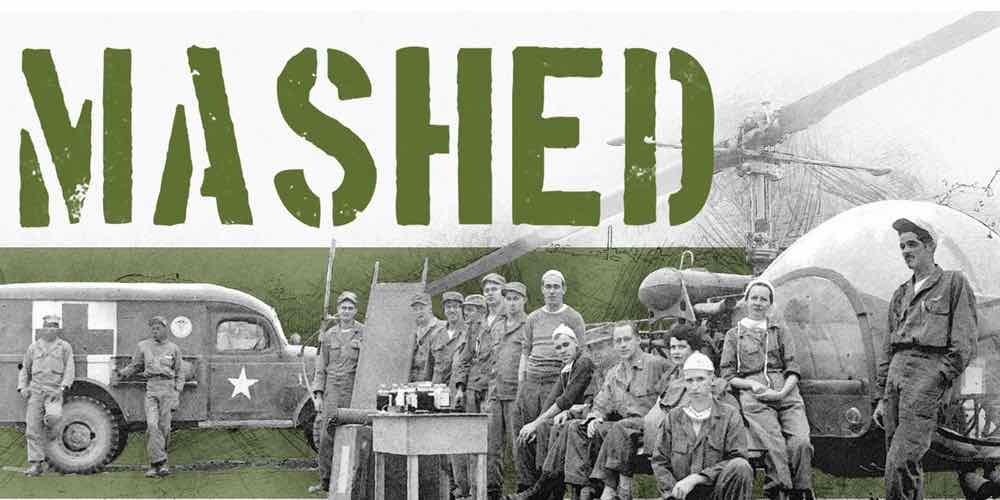 7 Realizations Upon Introducing Our Kids to Firefly 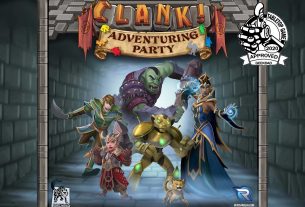