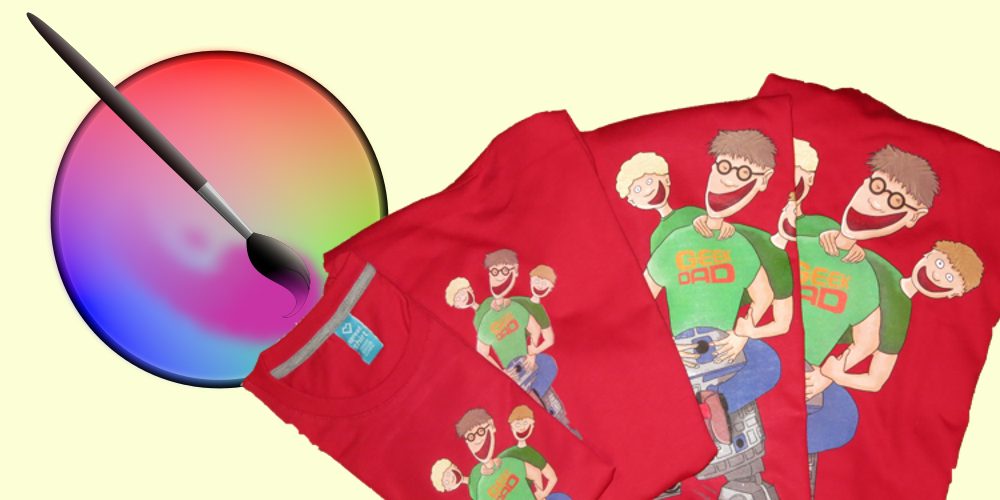 A while ago, I received a graphic tablet as present and immediately started playing around with it. As a big fan of Open Source software, I first turned to GIMP rather than Photoshop. Over the past ten years, I have used GIMP many times, both for photo manipulation and for dabbling in digital art.

When looking around on the internet for tips and tricks about working with the graphic tablet, though, I soon stumbled over Krita, another Open Source project, which has gained momentum lately through crowdfunded feature development; last year’s campaign added animation support and several other features, while this year’s campaign (already funded) will add a Python scripting API as well as SVG import/export. So far, I have but scratched the  surface of what Krita has to offer, but it already has replaced GIMP for pretty much anything I attempt in digital art.

Because the t-shirts with the robotic crab by now were already too small for my kids, I decided to test drive both my new graphic tablet and Krita with another t-shirt project, this time in celebration of “GeekDadness.” Rather than working digitally right away, I started out with some pencil sketches.

After scanning the pencil art into Krita, I  started inking over the pencil lines with one of the many brush presets available in Krita. Brush presets is where Krita really shines. Whereas in GIMP, the presets are hidden so well that I only discovered them by chance, in Krita, the brushes are really central to working with the program. Several artists such as David Revoy (who is a passionate advocate of Krita and has also published several how-to guides on his blog) have packaged  their custom brushes and made them available for free.

After completing the line art, I colored the image, starting with a handful of different colors for various regions. This can be done rather quickly (I will tell you how in a minute), but produces a very “flat” result. I then worked over each region, adding shades and lights, again greatly aided by just the right brushes.

So, about the initial coloring: thanks to one of the so-called G’MIC filters, this is now a matter of minutes rather than hours. When I worked on the t-shirt with the robotic crab three years ago, I used the “fill” tool for coloring regions… but whenever a region had not been entirely closed by the line art, the color would spill out into other regions. Of course, you can try to scrupulously close each region when doing the line art, but this is painful and quite constrains your artwork.

So, enter the G’MIC colorize filter (The G’MIC filters are also available in GIMP, so this feature is not unique to Krita, though Krita 3.0 does an excellent job of integrating G’MIC with the rest of Krita). The colorize filter allows the artist to indicate with colored dots placed in the line art, which regions should have which color. Once you have placed some dots, you can ask the filter for a preview. G’MIC will interpret the dots and suggest a colorization, finding sensible borders between regions of different colors. Some regions will be colored wrongly, but that is no problem; simply place a dot with the right color in these regions and set G’MIC to work again. Here is an example:

On the very left you see my initial specification of how the various regions should be colored. G’MIC then already did a nice job of coloring the image, but the background and the socks were still off. So I added just a few more color dots, ran G’MIC again, and was done with my initial coloring. For a more detailed explanation (with much nicer artwork in the bargain), have a look at David Revoy’s tutorial on coloring in Krita using G’MIC.

A few days ago, our very own GeekDad t-shirts arrived from the printshop, and now we are instantly recognizable as one GeekFamily. We all have the same design on the t-shirt, though, at some point in time, I had considered making a special t-shirt with the following illustration for our GeekMom:

But then I chickened out… so now I will have to come up with a new design, showing the whole geek family with GeekMom.

If you have some interest into dabbling a bit in digital art, be sure to check out Krita. Scott L. Petrovic, the Krita GUI developer, has written a really helpful book on Krita: Digital Painting with Krita 2.9: Learn All Of the Tools to Create Your Next Masterpiece. As the title says, the book covers Krita 2.9 rather than Krita 3.0, but at less than $10 for the Kindle edition, you have to invest little money for getting up to speed in Krita very fast.

So, now go and produce your very own geek family t-shirts! 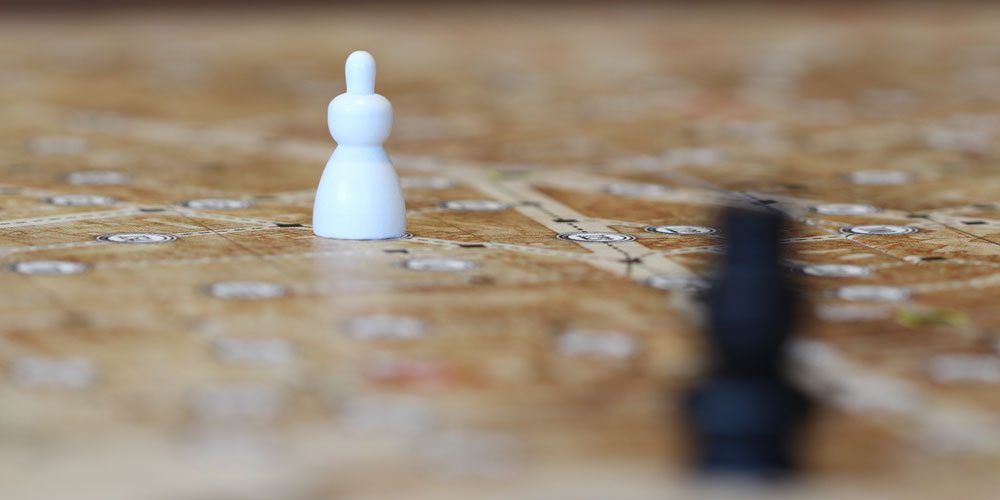 Mix Your Colors With Frogs and Fireflies