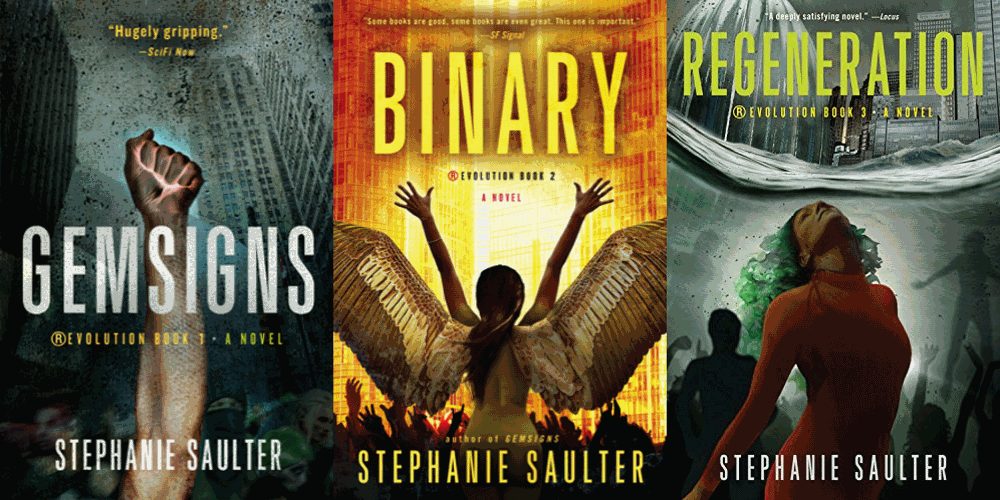 I’ve been following Stephanie Saulter’s ®Evolution series since its inception in 2013. The first book, Gemsigns, was an accomplished debut; one filled with brilliant ideas. Its follow up, Binary, was a little bumpy – the “difficult second novel,” but the latest book, Regeneration, sees Saulter hitting her groove and setting herself up for a series that could run and run. And I hope it does.

Jamaican born, now living in London via the US, Saulter writes about inclusiveness, racial tension, and accepting that those who are different from you are just as wonderful as you are. The world would be a better place if, as a species, we could take some of the ideas in Saulter’s novels, and make them work in reality.

Gemsigns is a genesis novel. We start in London, in a world recovering from the brink of a technological apocalypse. Saulter’s opening premise is that the world has been brought low by an over-reliance on technology. This caused a neurological breakdown amongst the world’s population. A global pandemic that killed millions.

The solution to the problem came from one of the 21st Century’s great scientific battlegrounds. Genetic engineering, currently the subject of much suspicion and scaremongering, is the savior of Saulter’s near-future version of the planet.

The second facet to the novel sets up its dystopian hegemony. In order to rebuild society, a huge workforce was required, fast. Biotech companies created countless varieties of genetically modified humans (Gems) to carry out a huge range of jobs. Each of these tailor-made humans was codified in reams of intellectual property red tape, making them little more than indentured slaves of the people who created them.

A two tier society evolved, but this sustained oppression of the Gems has now become untenable. The novel opens after “The Declaration,” a treaty that gave Gems their freedom and some basic rights. So, the Gems are free, but mistrusted. Are they human, sub-human, or superhuman? And who decides?

Gemsigns takes place during seven days of an important summit discussing Gem integration. The central character Eli Walker will be giving a keynote speech and recommendation as to the fate of the world’s Gems. With tempers running high, Walker finds himself in the eye of the storm.

I found Gemsigns enthralling. Its world-building is immense. There are complex ethical, religious, and political ramifications to Walker’s decision, and Saulter has created a world in which to explore them. It can be a little info-dumpy, but I loved it. Saulter skewers prejudice and racism, and examines them under a strong lens.

After such a barnstorming debut, it is perhaps inevitable that Binary would be something of a disappointment. Having drawn a brilliant world, and played out a tense political thriller in Gemsigns, how was Saulter going to follow it up?

Binary is an uneven thriller featuring many of the same characters from the first book. The novel is set in the uneasy period after Walker’s findings have been delivered. The repercussions reverberate across the world, and everybody is jostling for position as they try to work out what it means. Saulter has a tendency to dump a lot of information on her reader. In Gemsigns, she gets away with it. Binary features lots of complex descriptions of code and computer systems, which I found less engaging than the previous strands of science and racial politics.

Binary is by no means a bad book. It’s uneven but still entertaining. The end is particularly thrilling. What Binary does though is allow Saulter to mutate the nature of her storytelling. Gemsigns is pure speculative fiction; the genesis of a new world order from a dystopia. Binary builds upon this, establishing a society in which Saulter can fashion as many stories as she likes.

The first two novels are the bedrock upon which the excellent Regeneration stands. The story at its heart is a police procedural. Sabotage and murder in a multicultural society.

Last month my country voted to radically alter its relationship with our neighbors. Brexit (the decision by referendum for the people of the United Kingdom to extricate itself from the European Union), has sent tremendous shockwaves throughout the British political, social, and economic landscape. The changes have barely started and already we have a new Prime Minister, and, allegedly, a government with different priorities.

A more subtle change, a personal one, is how I now interpret the world. Even small things like the books I read. I finished Regeneration before the Brexit vote. It struck a chord then, but now, its central theme of different groups living alongside one another is deeply resonant in our new political landscape.

There are obvious differences. Saulter’s characters are genetically modified humans, some of whom have gills or can see ultraviolet.  In the UK we live alongside builders from Poland and baristas for Latvia, but the sense of mistrust and unease is the same. Both Britains contain a set of outsiders that are culturally different, bring different skill-sets, and are disrupting the old order.

Stephanie Saulter’s novel embraces the differences, and pricks the arguments of isolationists. To borrow from the late Jo Cox, “…we are far more united and have far more in common with each other than things that divide us.” This is as true for the population of the world as it is the characters in Saulter’s novels. Like all the best science fiction, the ®Evolution series uses its speculative construct to examine aspects of modern life, in this case tolerance and the benefits of multiculturalism.

Regeneration is a great book. A compelling story inside a well-drawn world. There is far less information to digest than the previous two novels, just interesting characters in difficult situations. This one had me on the edge of my seat right up until the very end.

These sorts of books often seem to come in threes. I have no idea whether more ®Evolution books are expected, but since Saulter seems to have found the outlet for her voice and created a fascinating world in which to tell her stories, I sincerely hope that there are plenty more books to come.

Disclosure: I received review copies of all the ®Evolution books. Stephanie Saulter’s books are available here in the US and here in the UK. She tweets at @scriptopus 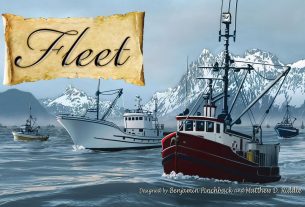 Catch of the Day: ‘Fleet’ 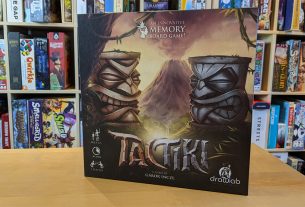 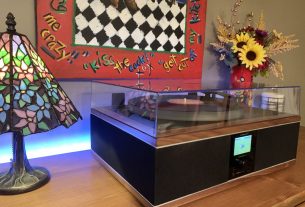