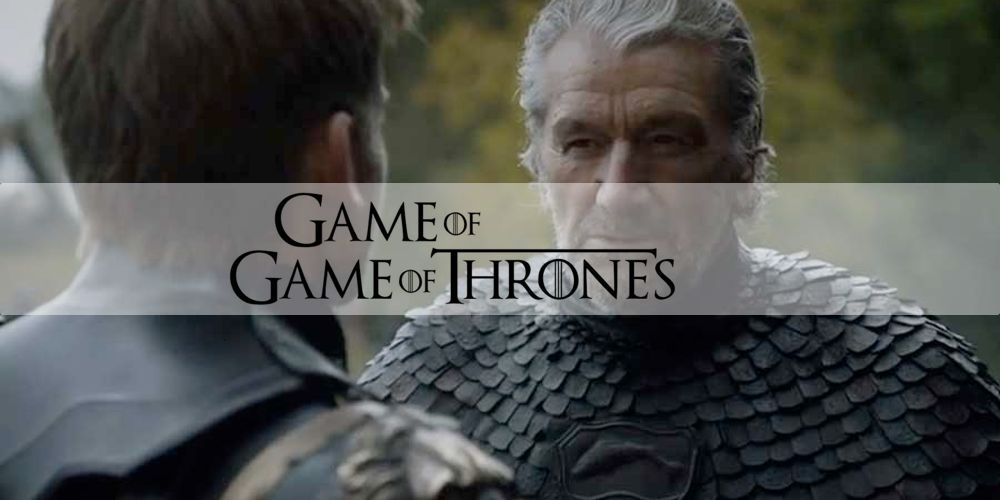 If you haven’t yet watched “The Broken Man,” the seventh episode of this season’s Game of Thrones, and don’t want the events of the episode to be spoiled for you in this recap of the Game of Thrones Fantasy League Week 7, don’t read any further! 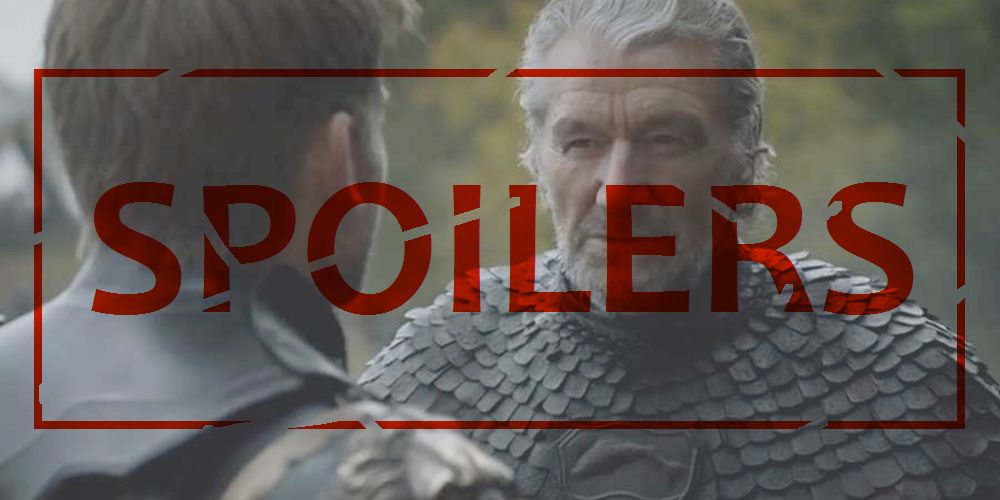 This week the King’s Landing Queens rocked the league with a staggering 120 points and moved solidly into second place. Lead scorer for the Queens was Brynden Tully, the Blackfish, who finally took the field after a long and unexplained absence. He brought in 35 points—10 for calling the Frey’s bluff with regard to killing his nephew Edmure, 10 for being prepared to outlast a Lannister siege for two years, and 15 points for hurling a brutal insult at Jaime Lannister.

Speaking of Jaime, he also pulled down 35 points for the Queens—25 for the rare “Joffery Baratheon Memorial Slap Award” when he landed a solid strike—with his metal hand no less—to the face of Lothar Frey (at least I think it was Lothar—it’s hard to tell the Freys apart) and 10 points for showing up at the Riverlands in his stylish, samurai-influenced Lannister battle regalia.

Olenna Tyrell continued her adroit verbal sparring this week, earning 30 points for hitting Cersei with three pointed take-downs (for five, 10, and 15 points), the most scathing being, “I wonder if you’re the worst person I’ve ever met. At a certain age it’s hard to recall.”

The Queens also earned 10 points when Queen Margery appeared in her new post-prison, new-convert look and 10 points from Davos Seaworth when he convinced 10-year-old Lady Lyanna Mormont (the toughest woman in Westeros who is, alas, not available for drafting) to aid Jon and Sansa in their upcoming assault on Winterfell.

America’s Team was the second-highest scoring team in this week’s contest with only 25 points. Tormund Giantsbane earned 10 points for his persuasiveness in convincing the Wildings to help Jon Snow take Winterfell back, and the giant Wun Wun brought in five points for casting the deciding vote when he stood and rumbled, “Snow.” Then Bronn, in his anticipated sixth season debut, ran in a modest five points for cutting Jaime off before he could utter that old maxim about Lannisters and their debts (but none for his pointed criticism of the Frey’s defenses).

Actor Ian McShane made his Game of Thrones debut (and subsequent exit) this week. He was cast as Septon Maribald but confusingly listed in the show’s credits as Septon Ray. Despite this case of mistaken identity, he nabbed five quick points for America’s Team with his unitarian take on Westeros religion (I think that’s the reason—the scoring was a little unclear on this point, but he did get five points for something).

After burning up the field last week, my Harrenhal Halberdiers returned to form in week seven with a mere 20 points, scored by the recently drafted Waif when she penetrated Arya’s defenses and perforated her large intestine with a few vindictive dagger strikes.

This week also saw the return of Sandor “The Hound” Clegane. He appeared in the first-ever cold opening for the show, and I knew it was him before I even saw his face. He had a lot of screen time, and every second made me nervous because I’d opted to keep him on the bench. I spent half the show thinking, “Please don’t kill anyone this week.” Fortunately, he only earned five points for his quip about being hard to kill. But after the events of the episode’s final scene, he sure looks angry, so he’s definitely going into the game next week.

In a rare weak showing, Arya’s Army only brought in 10 points this week thanks to Yara’s tough love to shake Theon out of his doldrums. Sure, he’s had a few “bad years” but it’s nothing a round of forced drinking and suggested suicide can’t fix. He is ironborn, after all.

So after seven weeks, Arya’s Army is still solidly in first place. The King’s Landing Queens only need a few more weeks with solid scores to challenge the throne, while America’s Team and my own beleaguered Harrenhal Halberdiers are locked in a struggle for the bottom.

However, based on the “Next Week on Game of Thrones” teaser, it looks like things will be heating up down in King’s Landing Stadium, so look for big points from The Mountain and the Faith Militant—maybe just enough to make my Halberdiers a contender for at least second place. But probably not.

Check out Emily Yoshida’s episode recap with full points totals and the rationale behind them over at The Verge. Playing the Game of Thrones Fantasy League really makes watching the show that much more enjoyable, so even though there’s only three episodes to go in this season, if you have any interest in being part of a Game of Game of Thrones League, head over to Fantasizr and give it a go. 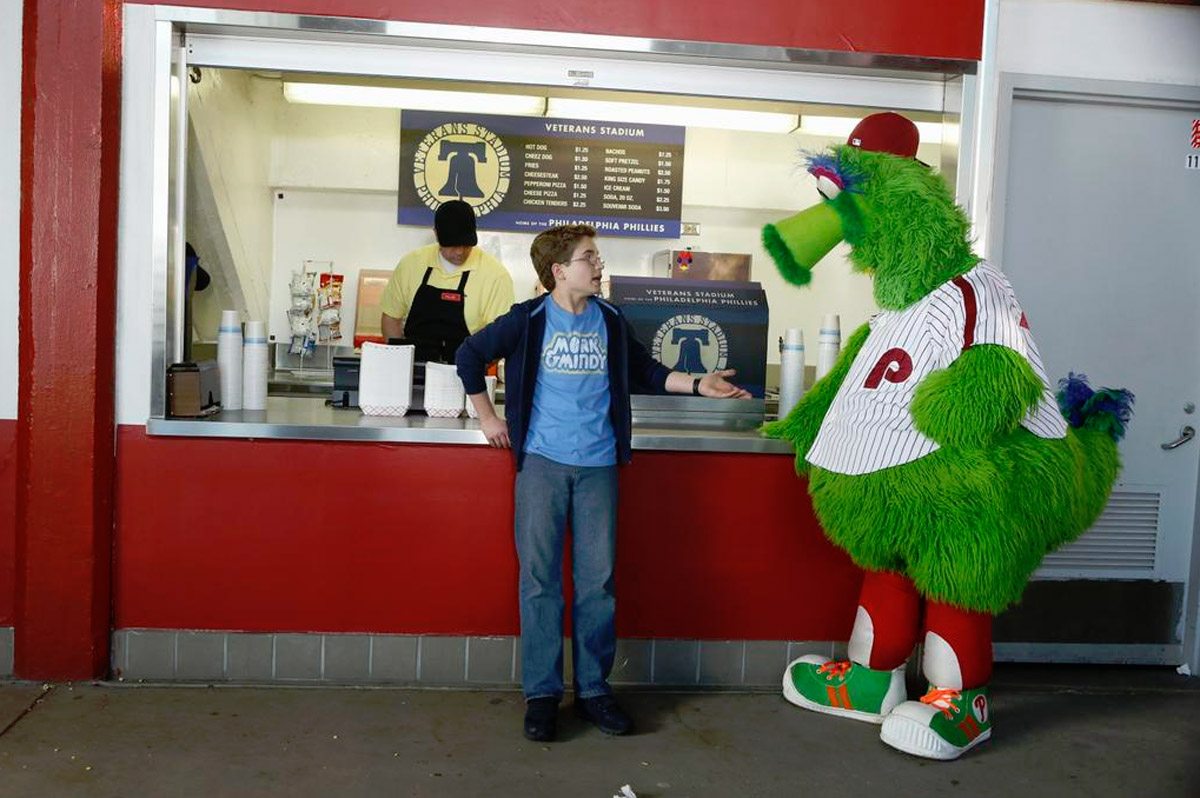