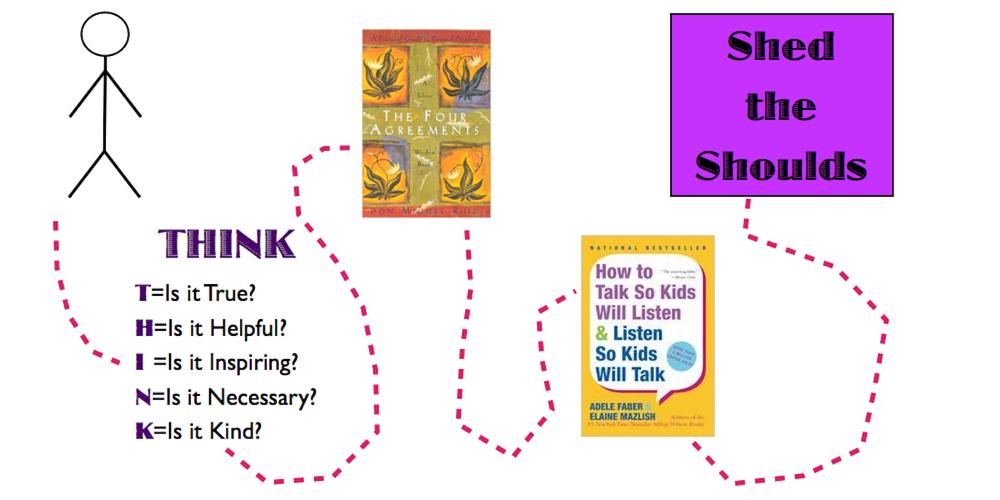 How important are baths? Or dress clothes? When is it okay to let your kids wear a t-shirt and sweats to a party? When do we insist they attend an event where they won’t know anyone versus letting them stay home? Is it bad form to let them skip an event or wear too-casual clothing because you just don’t want to deal with the associated whining? Or if they get the opportunity to spend the evening playing cards with their grandparents, is it okay to go ahead and head to someone’s house without them (and happily, since it means you can enjoy a kid-free evening, not worried about feeding them dinner)? Am I raising entitled children if I don’t make them attend a party with me? Or am I respecting their individuality? Is there a hard and fast rule to making these determinations? Or am I doomed to continue to make it up as I go? Are there guidelines that can spare me from the agony of decision making? How do we balance exposing them to new experiences and respecting their wishes?

A few weeks ago, we were invited to a little boy’s first birthday party. The guest list included people I had grown up with and plenty of my parents’ friends. For me, it was an opportunity to reconnect with plenty of people I don’t see very often. For them it was time away from sleepovers, friends, and the PS4. So what do I do?

Okay, turn to the decision trees. I go through my Guiding Principles to figure out what to do, books I have read and poignant messages I have found to help me raise my kids right:

1. THINK: Is it True? Is it Honest? Is it Inspiring? Is it Necessary? Is it Kind?
This might be a good four-question checklist to use before speaking or posting, but in this situation? Useless.

2. The Four Agreements, by Don Miguel Luis
This book offers four agreements to make with yourself to simplify and enrich your life: Be Impeccable with your Word; Always Try your Best; Don’t Take Anything Personally; Don’t Make Assumptions. (Not necessarily in that order.)
I love this book, and have found that this is great advice. However, it was totally not relevant in this situation.

3. How to Talk so Kids Will Listen, and Listen so Kids Will Talk by Adele Faber and Elaine Maislich
Okay, honestly, that might have some tips that could help out, but it’s been so many years since I read it, and I have no inclination to re-read a parenting book that I used almost a decade ago. I’m going to have to rely on memory to see if there was anything useful:

– Listen without interjecting. Well, letting them voice their opinions without interjecting your feedback is useful to find out what they want, but when you both know the cause of the conflict (you want them to go to a party, and they don’t want to) it’s really just going to turn into a filibuster and make everyone late.

– Give your kids in fantasy what you can’t give in reality. Yeah, not really sure how that’s going to help. Here, kid, come to this party and pretend you’re not here. Or, it would be great if you could stay home. You could build a giant fort in the basement and play video games until dawn, eating ice cream on the carpet. Yeah, sounds wonderful, doesn’t it? Problem is, you could give this to them in reality. (All except the ice cream on the carpet thing. Seriously?) You both know it, and therein lies the conflict.

See, for me, I can offer that fantasy when it comes to events to which my kid has committed (I wish you could skip this game, but your team is counting on you so you have to go…so let me offer you this fantasy to show you I empathize with your situation). Social events, they’re tough. Not just because I’m an introvert and much prefer staying at home or gathering with just a few close friends than attending large parties. But what relationships do I nurture? Which ones do I force? What is the right way to choose?

In the end, they came to the party. They “got their way” in their attire. (If people think less of me because of the clothes my children wear, I don’t want to hang out with those people anyhow. These would be the same people to judge my mom for letting me show up at a party with spiky hair, after all. And, incidentally, another kid showed up wearing jeans and a black hoodie so I stressed over nothing.) The party was held at a recreation center, so the kids asked at the front desk if they could play basketball in the gym (they could not) or soccer outside (they could). They hung out together in the car during much of the party. My eldest texted me to let me know what they were doing; I texted when the cake was being cut; they came inside for dessert.

I didn’t have to worry that giving them my car keys would lead to them joyriding (my eldest will be fifteen this summer). I knew I could trust them. Given some freedom, they will make good choices. And the bad choices they do make? They’re manageable.

I can imagine the worst. I could envision them taking the car, driving off somewhere, crashing into a pole or a building or getting pulled over by the police. I can picture them vandalizing neighborhoods, stealing candy from a gas station, running over a pedestrian.

But just because I can imagine it, that doesn’t make it likely to happen. If you know my kids, you would be protesting that last paragraph. You may be protesting the scenarios I’ve envisioned, overlooking the verbs: imagine, envision, picture.

And that’s the key. Separating reality from fiction, fear from probability, yourself from your children.

Sure, the opposite may be true. We all know parents who think, My kid would never do that, when in fact, their kid is doing much worse. But that falls under the same category, right? Separating reality from fiction. It’s important to actually know your kids, and be honest about who they are.

Depending on their mood and demeanor, they get different levels of freedom. And yes, it may vary from day to day, but that all depends on them.

I figure as long as they’re honest, honor their commitments, and respect other people (and their time), they’ll turn out fine. I’m neither a helicopter nor free-range parent; I just don’t should on my kids.

Should implies you’re giving someone else a voice in decisions that belong between you and your children. We determine our own shoulds. And those are the ones we follow.

A New Twist on Thanksgiving

1 thought on “Shedding the Shoulds”