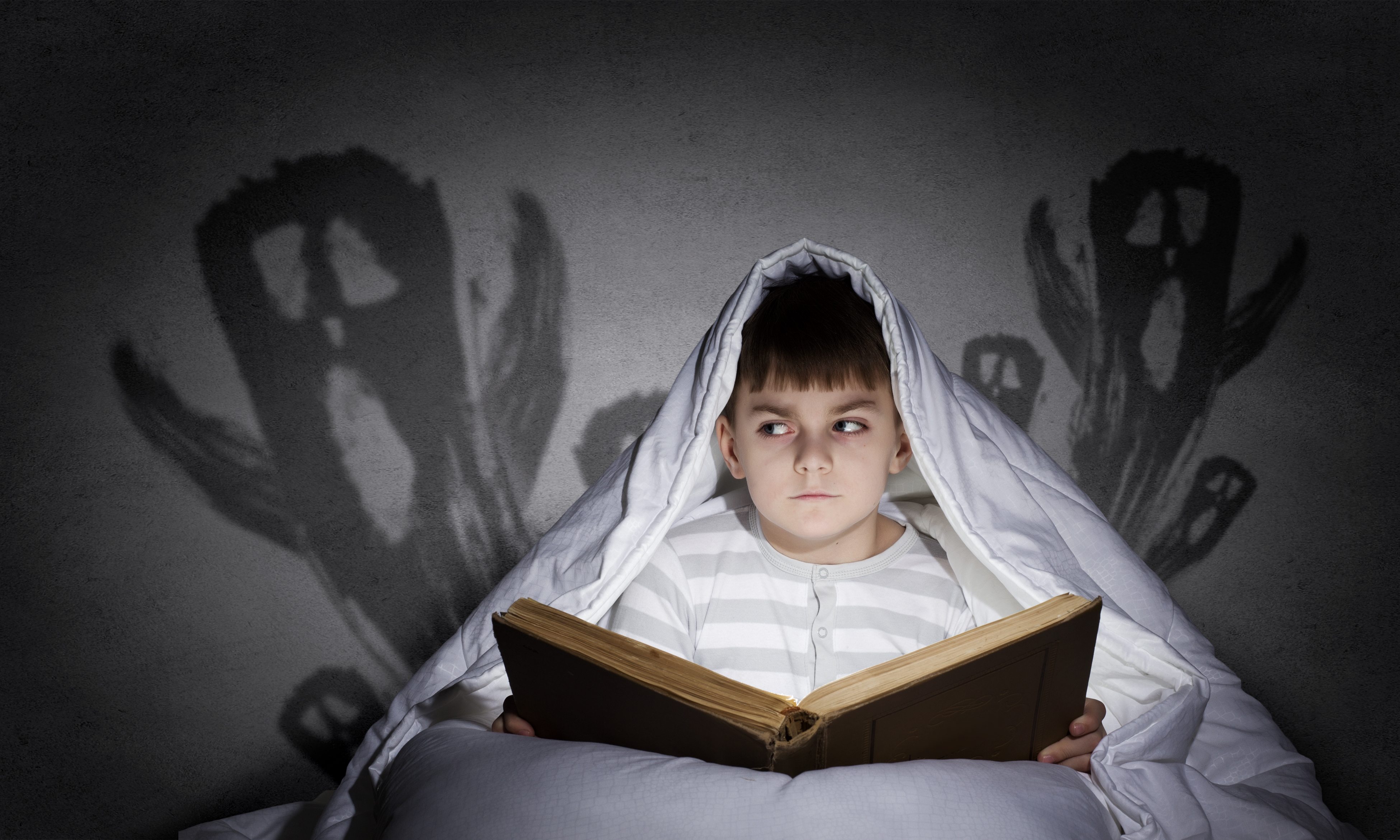 No doubt my last installment, “In Defense of Horror: 5 Reasons to Scare Your Kids,” convinced you to turn summer movie nights into fright nights. Good. Nothing could make me happier. Now, perhaps you’d allow me to make some suggestions? The following is a (by no means complete) list of some of my favorite books, movies, and television shows for bringing horror to youngsters. I wouldn’t suggest A Nightmare on Elm Street for a 5-year-old, but every child, and family, has different tolerances. For this list, I focused on kid-centric stories that aren’t too gory.

Those movies or television shows that do rack up the kills tend to be old enough that the special effects don’t fool today’s kids. The ick-factor of Tremors, for example, has morphed into comedy for my daughter and her friends as they giggle at the fake blood and make Kevin Bacon jokes. (Thank Guardians of the Galaxy for a new generation of Kevin Bacon fans.)

Books:
This is the perfect way to introduce horror to the youngest of children. Everyone loves a good monster and the following titles all provide fun, with just the right amount of age-appropriate chills.

The young adult horror landscape is vast and ever-changing. Teens may also start moving into the world of adult horror. If you have concerns, consult a trusted librarian. Or better yet, read the book yourself! Remember, the book is almost always different (and better) than the movie.

Movies:
These are sorted by MPAA rating, but many higher-rated films are fine for younger viewers and some of the PG films (Poltergeist or Jaws) may need parental monitoring.

The Watcher in the Woods
The Twilight Zone Movie
Ghostbusters
Gremlins (A Christmas-time tradition in our house!)
Poltergeist (Yes, really. The 1982 original. May want to watch with children for comfort purposes.)
Something Wicked this Way Comes (Originally a book by Ray Bradbury, but the movie is more kid-centric.)
Jaws (Once again, no joke. My kids love this movie, but I always watch it with them.)
Beetlejuice
The Witches
The Nightmare Before Christmas (One of my favorite movies all year-round.)

PG-13: (I have allowed my mature tween daughter to see all of these films, but if you have doubts, either view first or consult tools such as Common Sense Media.)

Arachnophobia
The Birds (If rated by today’s standards.)
Critters
Tremors
The Gate
Lady in White
The Monster Squad
The Sixth Sense
Ghoulies

R: (These are three, relatively tame R-rated movies. Once again, use your own best judgement.)

The Lost Boys
Carrie (The original. I’m a purist and the special effects of the old version are flimsy by today’s standards.)
The Shining

Television:
All of these series are readily available on streaming services. Buffy and Supernatural are better for the tween and up crowd due to sexual, more than horror, content.

Buffy the Vampire Slayer
Supernatural
Doctor Who (Yes, this can fall under “horror.”)
Scooby-Doo
The Addams Family
Are You Afraid of the Dark?

How Voyager Got Me Through It All

GeekMom Holiday Gift Guide #5: Toys For Most Any Age, Including Grown-Ups