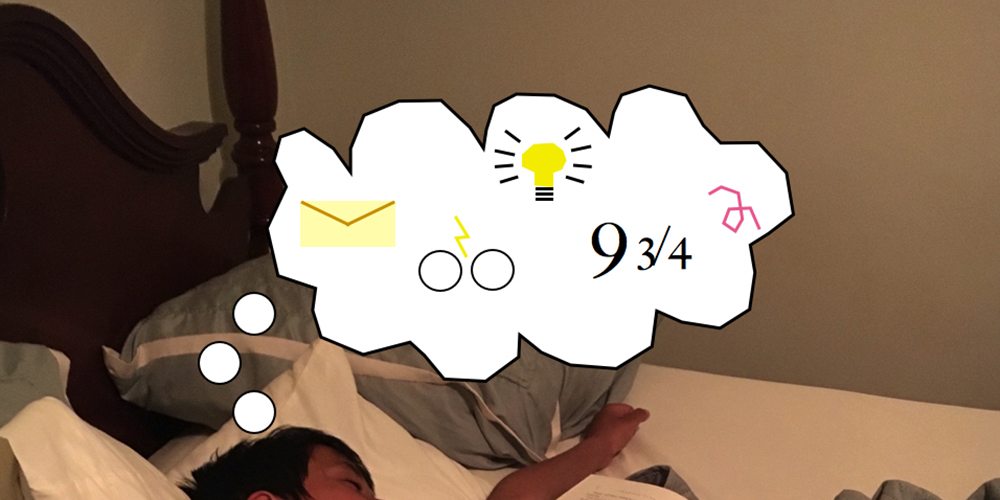 I’m a superhero. I come up with brilliant ideas, and make people’s days by sharing them generously. Now if I could just come up with a creative name…

So I was at the checkout lane after grocing for supplies to celebrate my youngest son’s 9 3/4 birthday celebration, and–

What’s that? Oh, I guess I should explain this part, shouldn’t I? My youngest son was too young when I read the Harry Potter series to his brothers–and as he still watched the movies with them as they finished each book, and got yelled at, along with his brothers, not to use any unforgivable curses while playing (their favorite spell is SmellyArmpit)–he never felt inclined to actually read the books.

When my eldest turned eleven a few years ago, we were in a cabin in the woods in central Ohio with friends, and a kind stranger played along (despite never having read the books) by showing up as we roasted marshmallows, handing my son a cake (which our friend had baked and boxed) and an envelope, and saying a few lines (a modified version of Hagrid’s lines when Harry first met him). Opening the envelope and discovering his acceptance letter to Hogwarts made my son’s day; he had been boasting to his friends that he’d be getting one.

When my middlest turned 9 3/4, I made some treats from the Unofficial Harry Potter Cookbook for a simple yet special mid-week bash.

So clearly my youngest assumed he’d get a party too. Only, I pointed out that he was welcome to celebrate it, but we wouldn’t if he hadn’t read the book. At least through chapter five, where Harry first goes to Platform 9 3/4.

I mean, most people don’t celebrate 9 3/4 birthdays. In the Muggle world (and frankly, in the magical world too) it’s not a significant age. And the number only has significance if you’re actually a Potterhead. So I stood my ground. I’m sure we could have done something math-based, but that’s not what he was going for and we both knew it.

He was a little grumpy this morning, having stayed up late reading, and I warned him that we wouldn’t be celebrating this fictional day if he was being mean to people. So he pulled it together, got on the bus, and I headed off to the grocery store (probably just as relieved as he was when he hugged me and apologized before the bus arrived).

So anyhow, as I groced, the cashier and another employee were chatting about plans for the coming weekend. The cashier mentioned that she and a group of volunteers would be at her church this weekend cleaning it from top to bottom. The other lady replied that she’d love to have someone come and clean her house that thoroughly.

I joined the conversation. We discussed inviting friends over, serving food (outside, of course), and cleaning the house from top to bottom. And to address the fear that nobody would show up, I proposed the idea of a Cleaning Co-op. Everyone goes to someone else’s house each month (or bi-weekly, whatever you prefer), rotating through, and doing a thorough cleaning. Your house doesn’t get cleaned if you don’t clean elsewhere. Make a party of it. Brilliant, right? You’re welcome.

Years ago, a classmate and I had discussed founding a Think Tank Think Tank. We would tell think tanks what to think about.

I even have a solution for middle school girls who feel uncomfortable at the thought of a transgender classmate seeing them in the dressing room. Having been an awkward middle school girl myself, I didn’t even need the risk of someone of the opposite gender present to make me self-conscious in the locker room; having any of the other girls see me was enough for me to become highly skilled at exposing nothing. Sure, it helped that giant shirts and leggings were the fashion back in the ’80s, but why not throw on an extra large t-shirt, pull your arms inside, change your clothes, then take off the shirt? It’s like a cotton dressing room you can carry around. I should start selling these. A whole line of them. They could be floor-length. And if you didn’t want to just get a hold of graduation robes from Goodwill or even a costume Jedi robe, we could sell a whole line of these. Don’t even need arm holes, just an opening for your head. We can call them ChangingWear.

Oh yeah, our 9 3/4 birthday celebration consisted of dinner as a family consisting of herb roasted chicken and mashed potatoes, a trifle, and pumpkin juice. (It’s not like we do much more for birthdays, so what do you expect?) Oh, and I wore my Gryffindor t-shirt.

Okay, so superhero names are hard. Any suggestions? 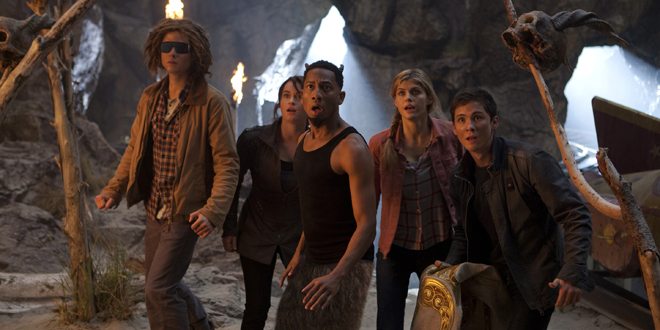