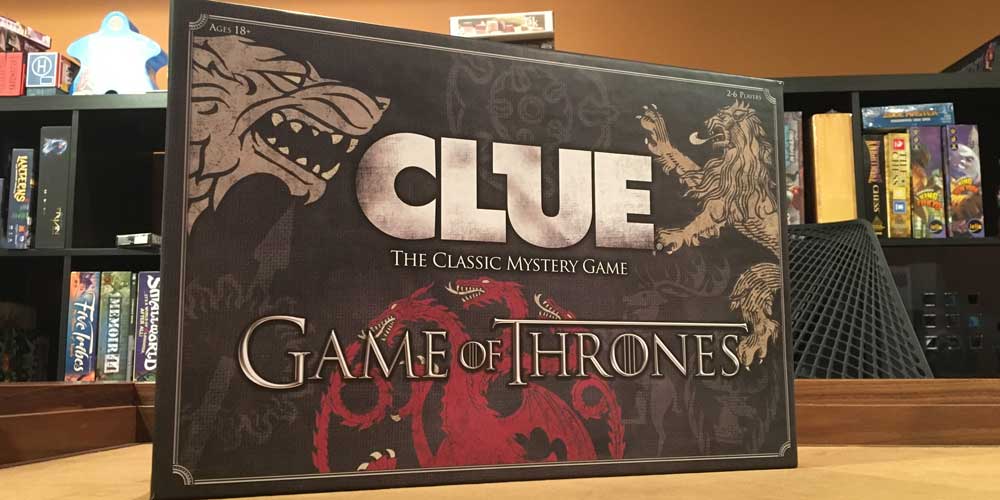 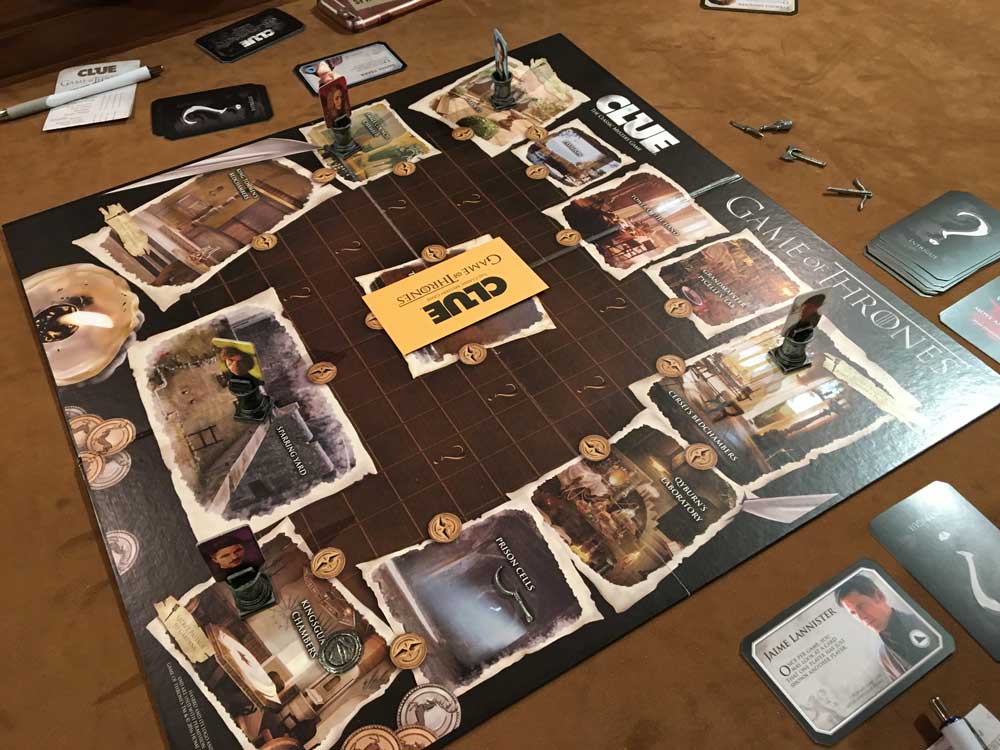 Clue is one of the few games from my childhood that I still play on a somewhat regular basis. I like deduction games and that preference can likely be traced back to my early love of Clue. (Plus, it doesn’t hurt that Rob Daviau has cited Clue as the inspiration for his Legacy games.) Now there’s a new version of Clue, with some twists that are perfectly suited for the stealthy game of murder. Just out from USAopoly is Clue Game of Thrones.

At its core, the game is played like regular Clue, secretly tucking a murder weapon, a suspect, and a location away in an envelope, dealing out cards, and trying to find enough lack of evidence that you know who the killer is. However, there are some key differences that make this game of Clue quite fun.

First, the board is double-sided. On one side is the Red Keep on King’s Landing. Here, you’ll find a dozen locations, from the Tower of the Hand to Cersei’s bedchambers. The Red Keep is full of secret passageways, providing plenty of opportunities to jump between locations. On the other side is Mereen, with just ten locations and fewer shortcuts. Mereen is more representative of the classic Clue board.

Additionally, each side of the board has its own set of suspects, a half-dozen untrustworthy sorts, whose cardboard tokens are tucked into nice, resin columns for marching around the board. The weapons are unique to the game, of course. There’s a crossbow, vial of poison, arakh, catspaw assassin dagger, battle axe, and a coin of the Faceless Man. 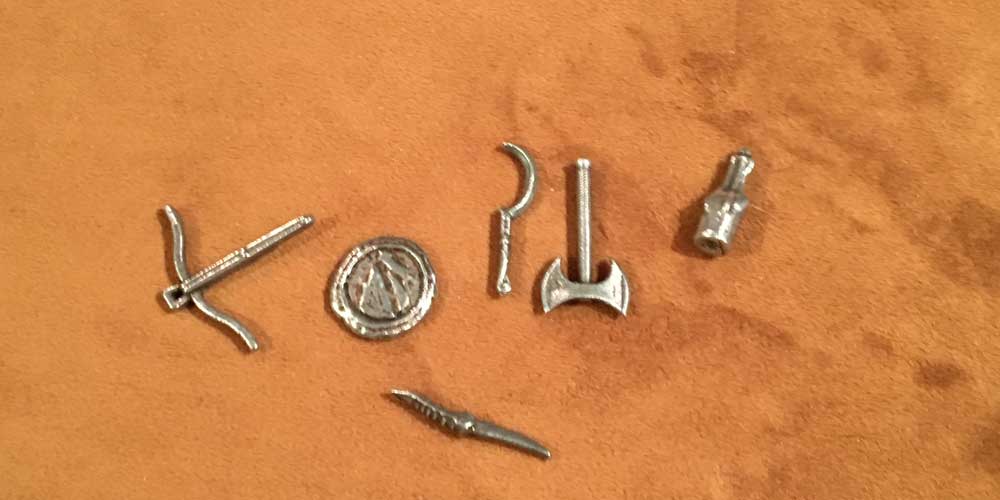 Gameplay works like regular Clue, moving to locations, spreading rumors about who did the deed and with what weapon, in the room you’re located, and asking your fellow suspects to prove you wrong. Evidence is marked on the familiar long sheet of clues.

However, there are two differences that set Clue Game of Thrones apart from other Clue games. First, each player gets a character card, which allows them a special one-time power at any point in the game. For instance, a player might get to move twice, guess twice, or another advantage on their turn. 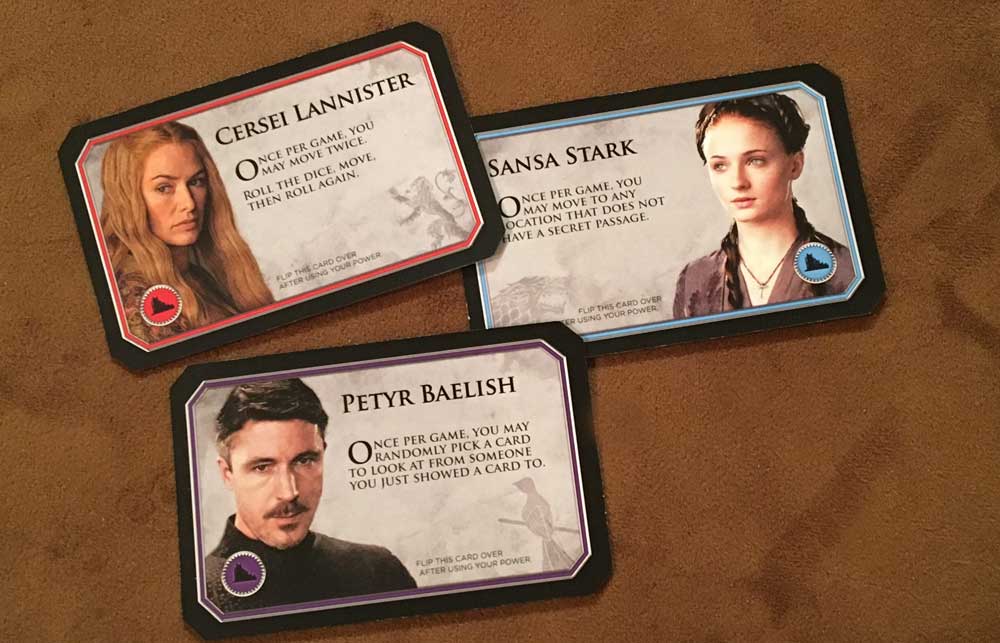 Second, are the Intrigue cards. As a nod to Lord Varys and his little birds, Intrigue cards add a little spice to the game, again giving the player an advantage like adding to their dice rolls, moving anywhere, or forcing someone to reveal a card. One of the dice has a question mark. If this comes up, you get an Intrigue card. You also get one if you hit a question mark on the board or if you’ve been moved to a location as part of someone starting a rumor about your character. 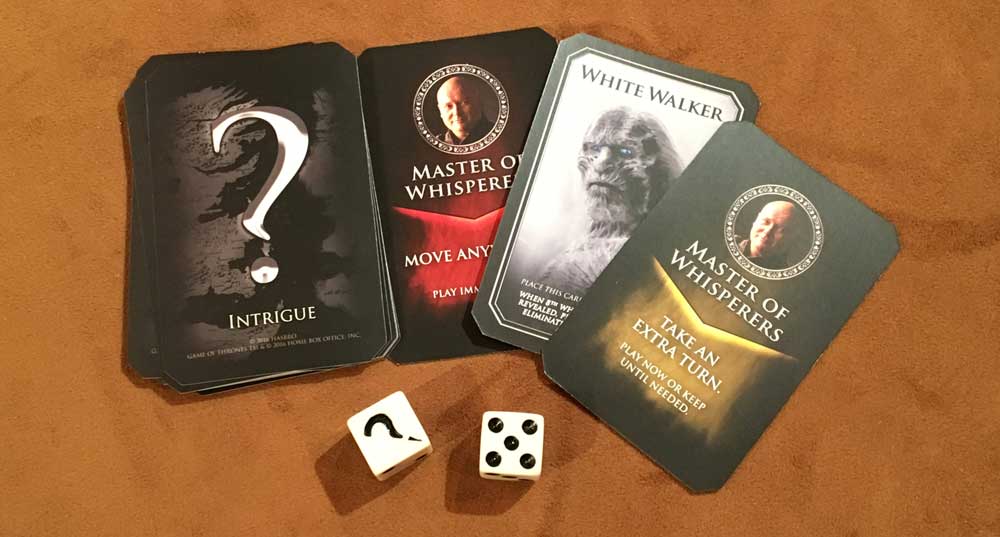 But before getting excited about taking all of the Intrigue cards, there’s a catch. Shuffled into the deck are eight White Walker cards. The first seven mean nothing. They are displayed alongside the board. But if you draw the eighth White Walker card, you are eliminated from the game and the eighth card is shuffled back into the Intrigue deck, ready to take another opponent.

All in all, it is very fun. The Game of Thrones theme feels very much a part of the game because of the backstabbing powers found in the character cards and Intrigue cards and the art on the board, cards, and other components are all very good and adds to the feeling of visiting Mereen or King’s Landing. The weapon tokens, board, and cardboard are all of very good quality, and the double-sided board really adds value and variety to this game. However, in seeming contrast to House Martell’s words, the cards are a bit flimsy for what one would expect from a board game these day—especially one with a euro-game price tag—especially when the regular version can be had for about ten bucks. But if you’re looking for a really great way to lead into each Sunday’s episode while drinking Dornish wine and eating roast capon, Clue Game of Thrones will be worth the price. 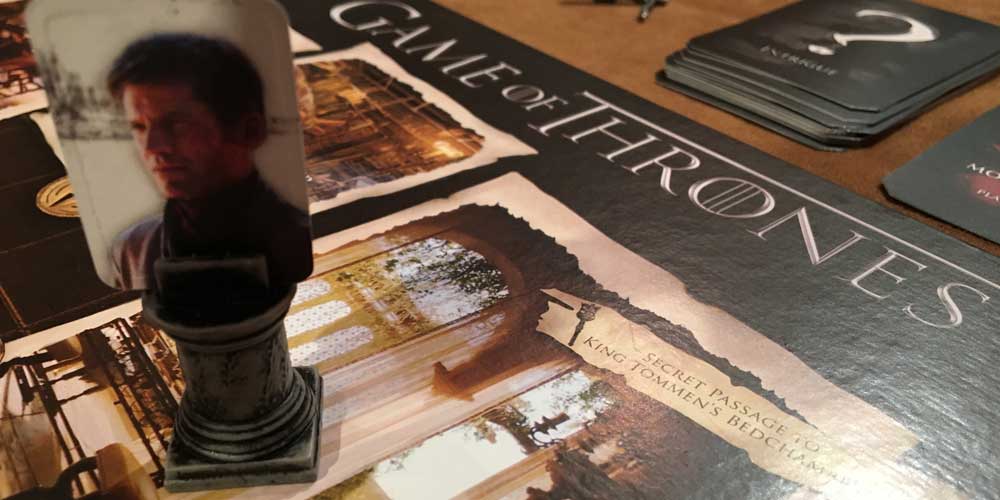 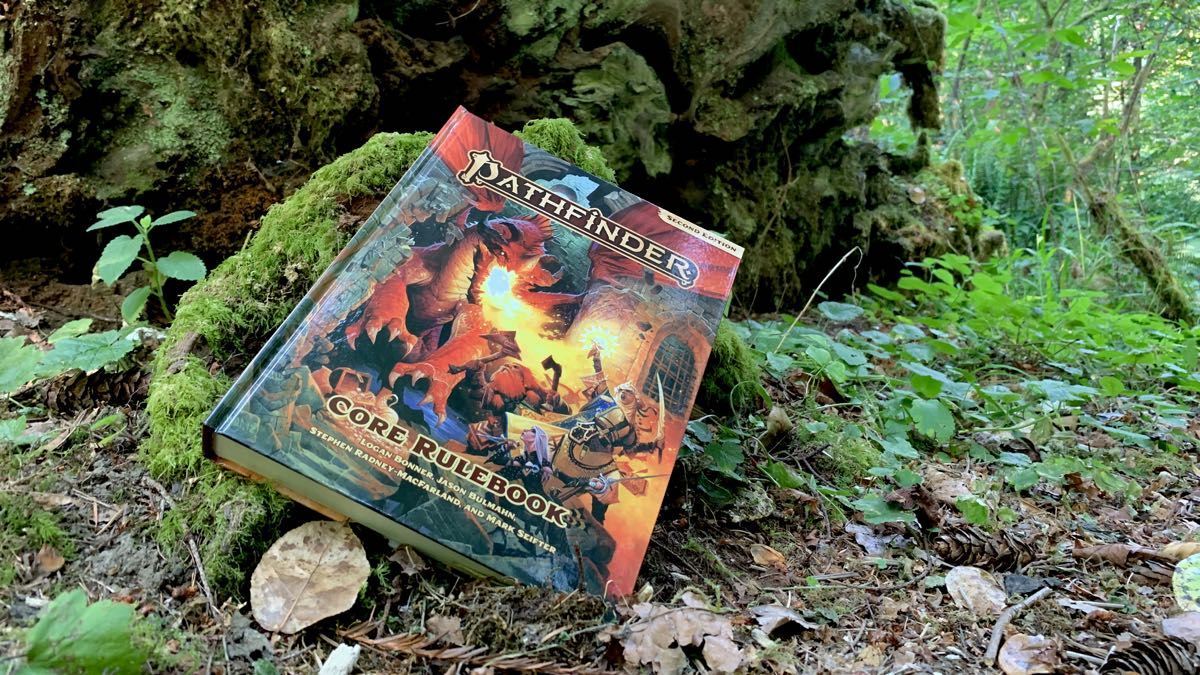