Happy Alien Day. Why is today Alien Day? Well, LV-426 is the planet from the first two films in the Aliens franchise. It is, essentially, where the Xenomorphs were born. 426…April 26. I think you get it.

Odds are you’ll read a lot about these lovably terrifying creatures today, so I’ll keep this brief. There’s a lot of Aliens-themed merchandise out there, but how much of that can you enjoy during your commute to work or while cleaning the house? Huh? Can you name any?

Well, I’m here to help. Available today from Audible is a brand-new audio dramatization called Alien: Out of the Shadows. Clocking in at about 4.5 hours, the original story takes place between the first two films and was written by Tim Lebbon. The story also stars a full cast, including the legendary Rutger Hauer.

Officially, the premise is:

As a child, Chris Hooper dreamed of monsters. But in deep space, he found only darkness and isolation. Then, on planet LV178, he and his fellow miners discovered a storm-scoured, sand-blasted hell – and trimonite, the hardest material known to man.

When a shuttle crashes into the mining ship Marion, the miners learn that there was more than trimonite deep in the caverns. There was evil, hibernating and waiting for suitable prey. Hoop and his associates uncover a nest of Xenomorphs, and hell takes on a new meaning. Quickly they discover that their only hope lies with the unlikeliest of saviors….

If you’re not already an Audible subscriber, you can get the book for free with a 30-day trial. But you just might want to stick around for a while. I’m on record with my love for audiobooks…with or without bloodthirsty Xenomorphs. 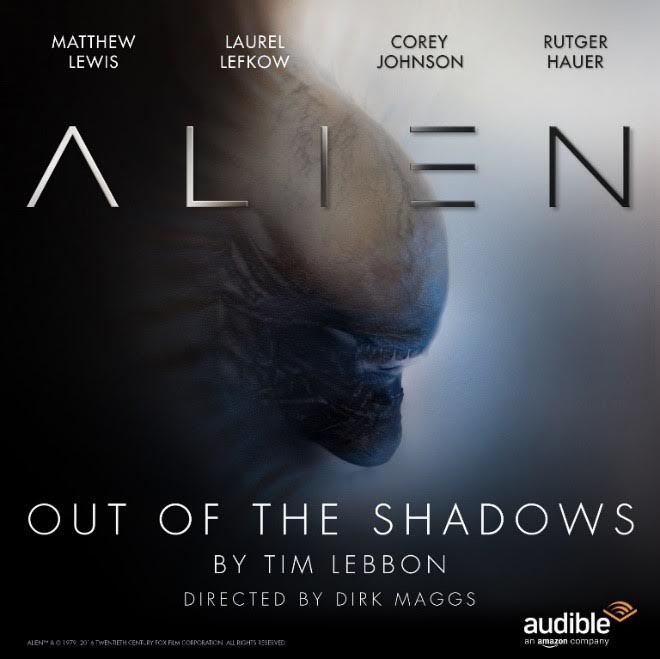 Orbital: All You Need Is One Thumb