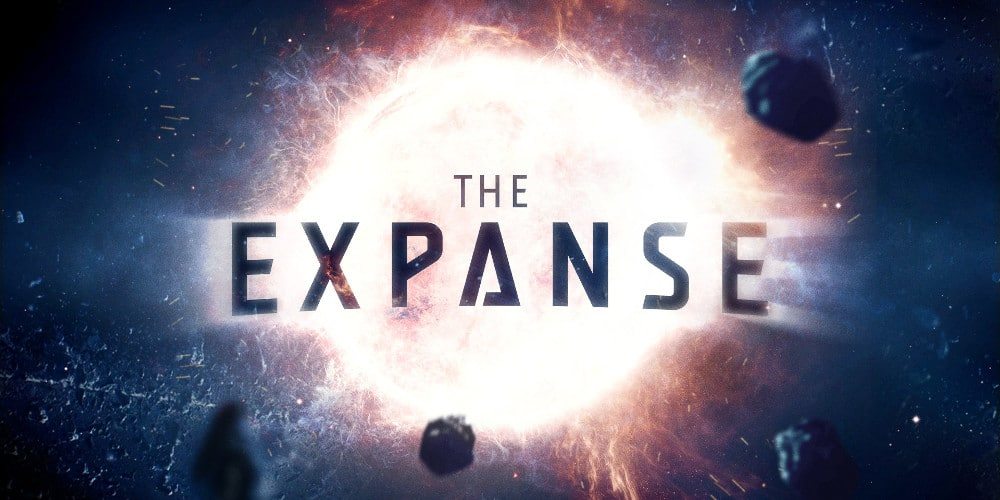 The Expanse is a phenomenal series in both of its incarnations. Great plot. Great characters. Great insight into humanity.

“Hey, guys, hold up a minute,” Bobbie said. “Hilly, you have any extra hydraulic fluid in your pack?”

“Give my left knee a squirt, would you?”

While Hillman crouched in front of her, working on her suit…

… “This suit is ancient,” Hillman said. “You really oughta upgrade. This sort of thing is just going to happen more and more often, you know.”

“Yeah, I should,” Bobbie said. But the truth was that was easier said than done. Bobbie was not the right shape to fit into one of the standard suits, and the Marines made her jump through a series of flaming hoops every time she requisitioned a new custom one. At a bit over two meters tall, she was only slightly above the average height for a Martian male, but thanks in part to her Polynesian ancestry, she weighed in at over a hundred kilos at one g. None of it was fat, but her muscles seemed to get bigger every time she even walked through a weight room. As a marine, she trained all the time. (Caliban’s War by James S.A. Cory, pg. 10)

For those of you unfamiliar with the metric system, “just over two meters” would put Bobbie over six feet. “A hundred kilos” is two hundred twenty pounds.

I want to stop here for a moment and make it very clear that this is not an article about body shaming. This is an article about the tendency to change someone’s features to suit a cultural ideal in order to make that character more marketable or relatable to a wider audience. About killing someone else’s darlings for your own ends.

In case you should be in doubt it does happen, you need look no further than Scarlett Johansson being cast in Ghost in the Shell. I like Scarjo fine, but she isn’t Japanese and it isn’t as though there’s a dearth of Japanese actresses in the world. No further than Tilda Swinton, who I admire very much, but whose casting as the traditionally Asian (and yes, I know, male) Ancient One in Doctor Strange is odd when there are plenty of Asian actresses who could play that role beautifully: Michelle Yeoh, Gong Li, and Zhang Ziyi to name three.

Okay, some of you are saying: what about casting Michael B. Jordan in Fantastic Four? Idris Elba in The Dark Tower? I don’t have a problem with either of those. The gender flip in Doctor Strange? In the new Mighty Thor? Neither is an issue. And no, it isn’t because the characters went from white to black or male to female, it’s because the change doesn’t affect the essence of who those characters are. Casting Jason Momoa as Aquaman? Not only not a problem, but actually pretty brilliant. Of course the King of the Sea is a Pacific Islander.

So what’s the difference? The difference is this: physical appearance isn’t everything but it can be important, especially when your look doesn’t fit the standard Western mold.

Casting Motoko Kusanagi as Caucasian changes something very fundamental in the essence of Ghost in the Shell, a story that is, at its roots, Japanese. Removing that core creates a different story entirely. The same can be said of making The Ancient One Caucasian, especially considering that early versions of Steven Strange himself were deliberately drawn as ethnically ambiguous and suggestive of his being, at the very least, bi-ethnic. (Granted, he’s been white for a good many decades at this point, which makes Benendict Cumberbatch’s casting a bit less problematic though certainly questionable. As painful as it is for me to admit that because his Steven Strange has already taken up residence in my stable of imaginary boyfriends.)

Bobbie Draper, in contrast, was cast exactly as she is described in the books. In finding an actress who is six feet tall, Samoan, and an amateur boxer, the producers preserved some very important parts of Bobbie’s essence. That essence, along with Alex’s Indian ethnicity and West Texas/Mariner Valley drawl or James Holden’s idealism, are a huge part of what makes The Expanse remarkable.

There’s more to Bobbie than her physical appearance, of course: she is proud of who she is. She’s proud of her heritage (Polynesian and Martian). She is proud to be a Marine. Proud to serve her planet. She survives when the rest of her unit is massacred. She is brave and smart and determined. She refuses to be intimidated by anyone, not even Chrisjen Avasarala, who intimidates not only the heads of states, but is also the only person in the galaxy who can get Holden to shut the hell up for five seconds.

Bobbie Draper doesn’t fit a mold. She doesn’t have to. She’s Bobbie Draper and she has no intention of ever being anyone else.

Taking any of those things from Bobbie would have changed the fundamental nature of her character. The would have, in essence, murdered Bobbie Draper and replaced her with a pale copy. That, in turn, would have murdered The Expanse as a story and that would have been a shame.

Casting Frankie Adams as Bobbie Draper is more than body positive. More than woman positive. It is, for lack of a better term, self–positive. It shows the world that The Expanse doesn’t care about the molds, it cares about its characters and the people who have interacted with them in any of the available forms. It reminds everyone who partakes that not only is there nothing wrong in accepting yourself, loving yourself for who you are, claiming every part of you, but that the acceptance should be a default, in our lives and in the media we consume, rather than an exception.

Try to keep up.

I tell my kids all the time the world would be a very boring place if everyone were the same. And I truly believe that. They do too. 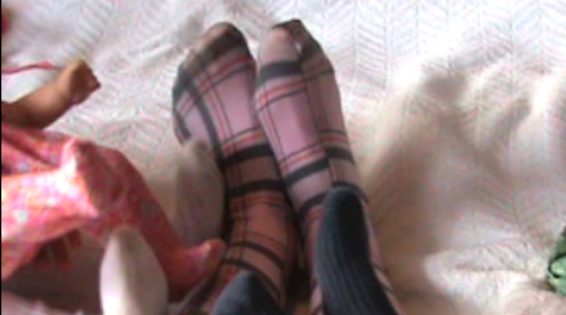 You Are Here: A New Book From Astronaut Chris Hadfield